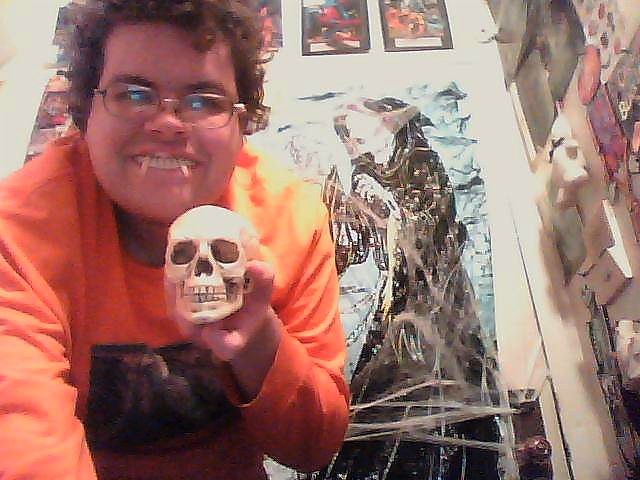 Please introduce yourself to our readers.

I am Alexis and collect toys. I was born in Virginia and raised there, South Carolina, and Georgia. I was adopted at a very young age and my adopted father was in the military. I graduated High School in 1997 and moved to San Francisco in November of 2001. I am currently living in Muncie, Indiana (ever since summer of 2013). I am a 39 year old transgender, have a cat called Kara, and have my own toy blog at Alexis' Treasures where I'm currently celebrating "31 Days of Halloween" which features toy articles, movie reviews, etc.

What was Halloween like as a kid for you?

I have a bad memory so I don't remember specifics but I do remember how much joy it brought me. One Halloween I do remember is when I went to Jacksonville Florida to spend it with my sister,
her husband, and their 2 sons. I enjoyed it greatly especially since it was the first time I was on a plane and not with my parents as I was still in High school at the time.

A sadder memory was the year my mom died (1995). I found out a good friend of mine was having his birthday party and did not invite me because others said they would not go if I did. I was upset and my world crashed even more than it already had (mom died just a few months before). My dad allowed me to go trick or treating as a result even though he felt I was to old. That was the last year I did. 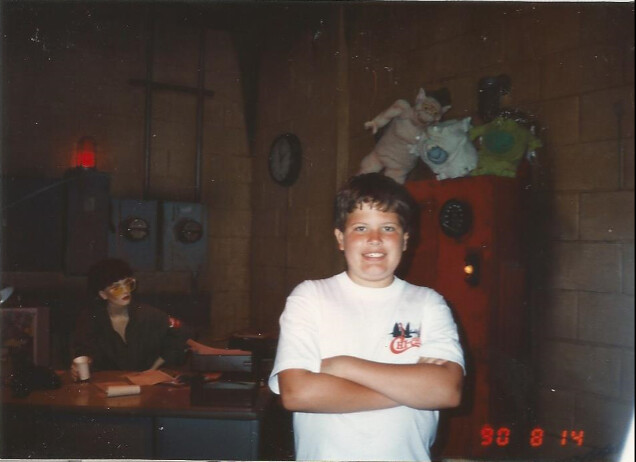 Do you have any special Halloween memories?

Not really. What I remember is how I used to help my mom and dad decorate for the holidays (Halloween included), she loved holidays so much, might be why I do to. I do, however, remember a scary non Halloween moment. I was living in Georgia in a trailer and I had a cat named Mew. Mew ran out of the room scared and so I went to the bedroom to see why and the fan was going. Suddenly through it in a deep scary male voice I could hear "Get Ouut!" (I purposely misspelled out as he said it that way. To this day I don't know if it was my mental health or real!

What about favorite costumes?

For reasons I already mentioned, I was never able to be truly what I wanted to be for Halloween. My favorite costume that I did wear though has to be the vampire.

What do you do to celebrate Halloween now?

Nothing currently, however in San Francisco I used to go to Halloween in the Castro until it was ceased due to people coming to the Castro just to stab or shoot people. For the record, it was a huge party that took over many blocks of the Casro district. So much fun then.

Do you do anything special to get into the Halloween spirit?

Nothing specific but I do have stuff I do. I try to watch Halloween themed TV shows or movies and listen to Halloween themed music every Halloween! I mostly just stay in and this is for my safety.
Halloween of 2015 I sprained my knee, in 2016 I almost got hurt again. This year I wanna stay in lol. 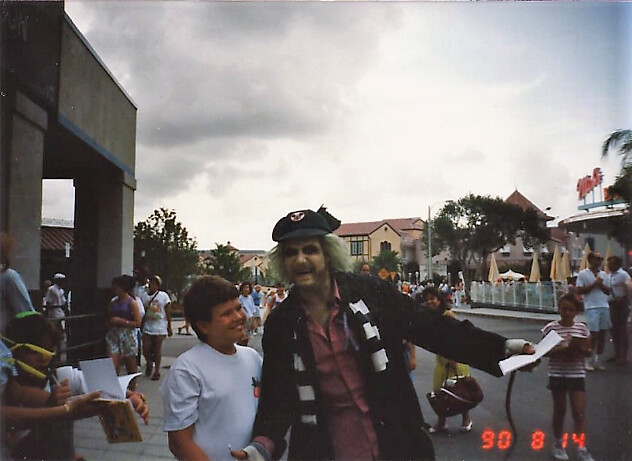 Where can people find you online?

Thanks for stopping by, Alexis!

See all the Halloween goodness by clicking the link below! 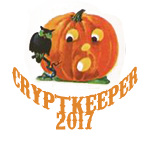