Once again, Target and Hot Wheels have flunked out on Halloween this year. If you want the good stuff, you've gotta hit a store owned by Kroger's.

I'm going to showcase one of the awesome Halloween Hot Wheels every week. And because I got a small bag full of creepy cars as part of my birthday loot, I'm going to throw some of them in too because Halloween! 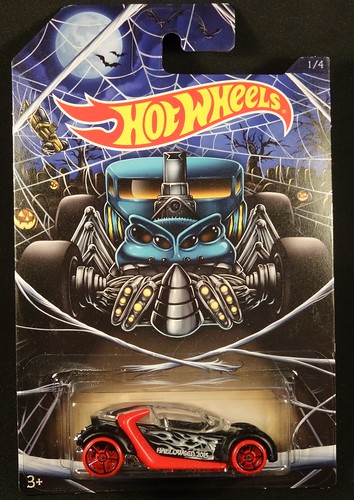 Before we dive in to the cars, check out that card art! If you look in the upper left, you'll see another car stuck in Street Creeper's web. 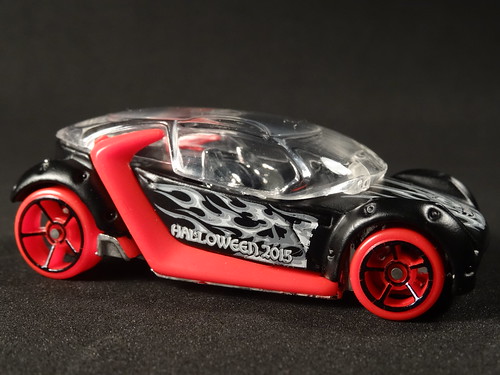 I like when they put the year on the car, makes it easy to identify should you find a loose one years later. It's a simple design and I think it works here. It's not the most Halloween-y of the group but it's far better than anything you'd find in that Target "Halloween" pack. 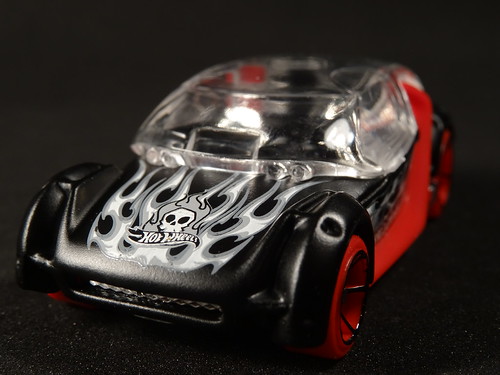 One thing a little odd with Hi IQ here is the Hot Wheels logo with a flaming skull. Like previous years, the rest of the 2015 cars have the logo with a smiling pumpkin. If you have a really good memory, you'll recall I dubbed it Smiley last year.

Let's dip into the bag o' cars, shall we?
Sticking (get it?) with the card art's spider theme... 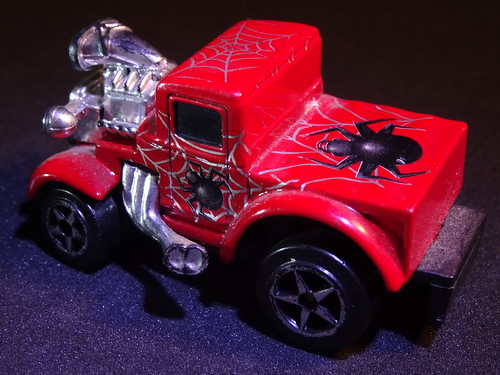 I'm not sure where this little red spider truck came from.
The only markings on it are "Made in China." 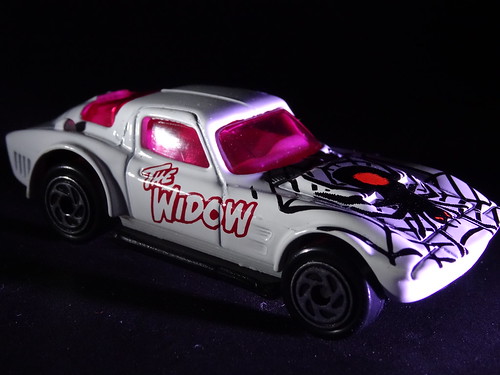 While the majority of the spaces in the Halloween Garage are taken up by Hot Wheels, there is the occasional Matchbox vehicle. While looking up info on this 1989 release, I found a sweet looking black variant on eBay. Buy It Now, $2? Sold! 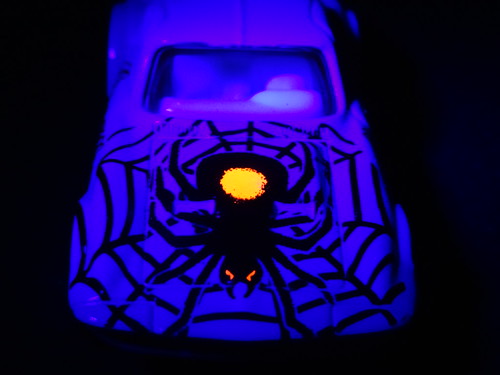 And here's The Widow under black light!
I love finding non-Halloween specific cars like this in stores during the rest of the year. It's like finding Halloween candy in the back of the cabinet.


Don't forget to grab today's audio mix before you run off to check out all the Cryptkeepers at Countdown to Halloween!