If you are ever in Seattle with a few hours to spare, you should...no, need...to visit the Museum of Pop Culture. You can thank me later. Plus, it's right next to the Space Needle.

That is the actual building, it's not covered in giant tarps blowing in the wind. It used to be called the Explore Music Project and they do still have a couple of music exhibits. I don't know if/when they change the exhibits in the museum but right now they're featuring horror, sci-fi, fantasy, and indie video games. And that's not even everything!

I'm having a hard time trying to figure out where to start so I'm just going to take you through as I went with my photos.

To get to the horror exhibit, you have to descend dimly lit concrete stairs. 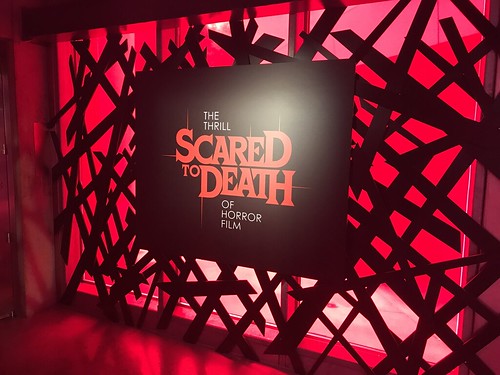 Of course, this being a museum, there's plenty of opportunity for learning while looking at lots of cool things. Since this exhibit is all about horror films, it looks at fear. 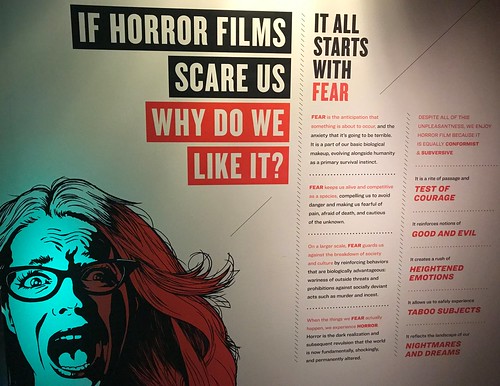 There's plenty of fun stuff to read next to the exhibits but honestly I was more focused on seeing parts of horror history. A lot of pieces are behind glass so please excuse any less than stellar photos. 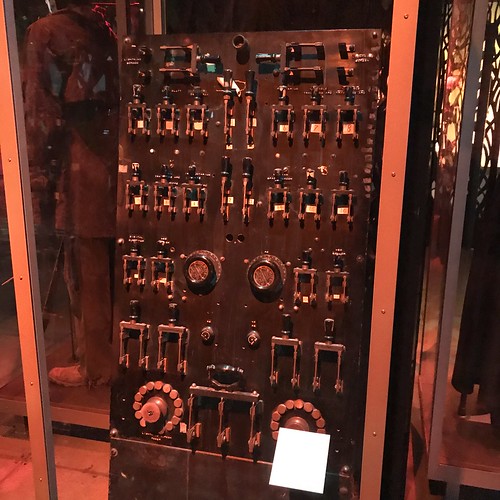 This glorious thing is a switchboard used in Frankenstein and other films. It looks like something right out of Frankenstein's lab but it's actually to control special effects! This is the oldest piece in the exhibit, going back to 1930. 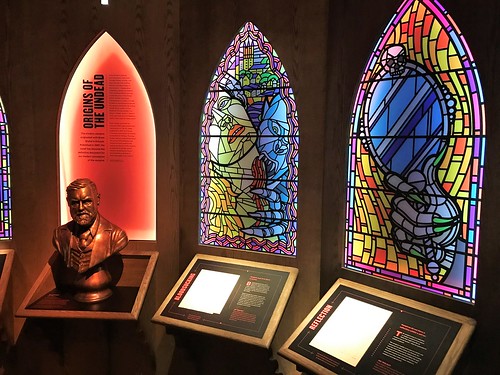 This area is all about vampires. Each of the "stations" in this unholy church-like area represent an aspect of vampire lore. Below the stained glass art is text going into detail about the image. Covering such aspects as blood sucking and reflection. There are several more stations and the art is fantastic. The bust is of Bram Stoker. 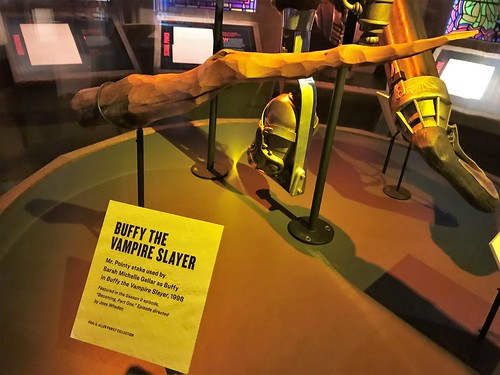 What really makes the museum a place to visit is the assortment of props that are on display. This here is a screen used Mr Pointy from Buffy Season 2. Behind to the right is the stake gun from Fright Night (2011) 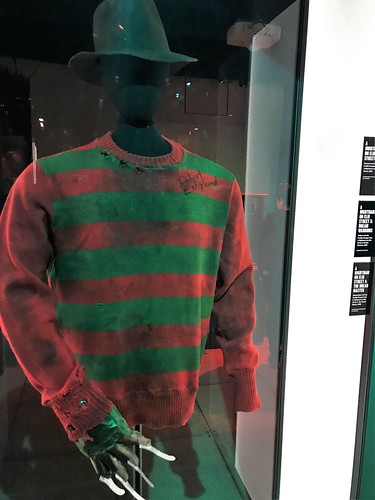 Most, if not all, the props are on loan to the museum from collectors. All three pieces here are from different people, and movies! The sweater is from the original movie, hat from part 3, glove from part 4. The left shoulder is autographed by Robert Englund. 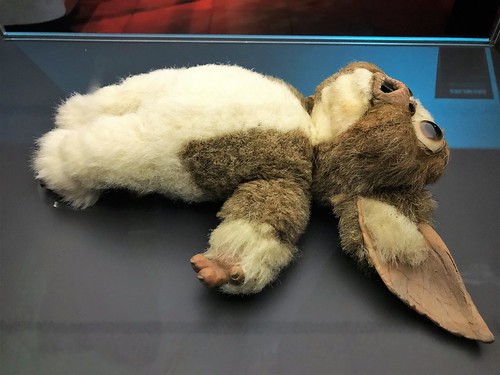 This has to be the saddest piece in the exhibit. Poor Gizmo is just lying there in a case. They really should have a stand holding him up. It looks like someone's getting ready to cut him open... or maybe he had too much to drink. 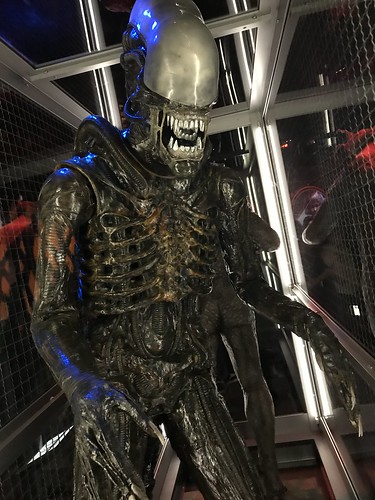 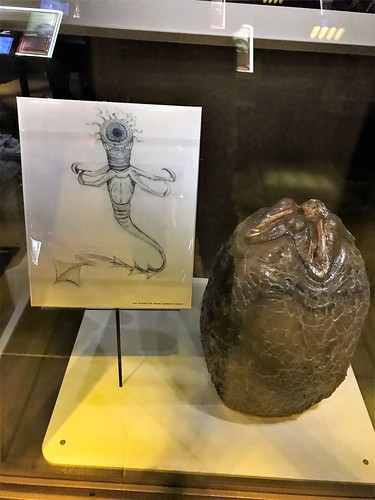 The Alien is in the horror section and the egg in the science fiction exhibit. The next post will feature sci-fi and fantasy so we're doing a little crossover here for the tease. If you think facehuggers are nasty little buggers, check out that concept art! Not sure how they'd move around like that but it's still the stuff of nightmares.

There's still a handful of horror photos I didn't show here because I didn't want the post to drag on too much. You can see those over on Flickr but be warned, you'll also find the sci-fi and fantasy pics there as well. So if you'd rather be surprised with the next post, peek carefully.
Posted by Dex