This box actually came last month, but I figured what better time to post it than the movie's release? As this post is going live I am in line waiting to see Rogue One! 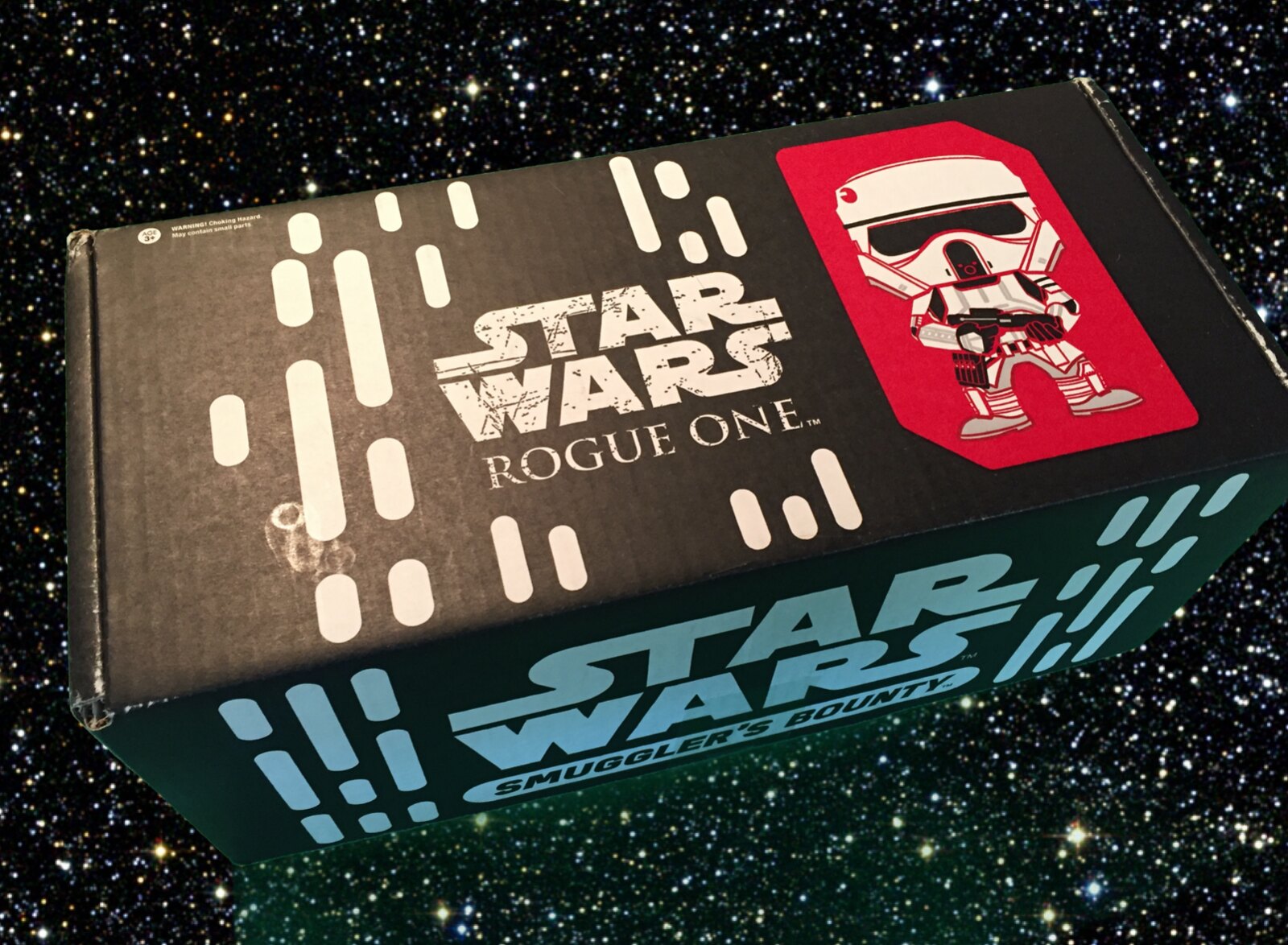 This box was definitely longer than previous ones.
As always, we'll start with the patch and pin that greet you when you open the box. 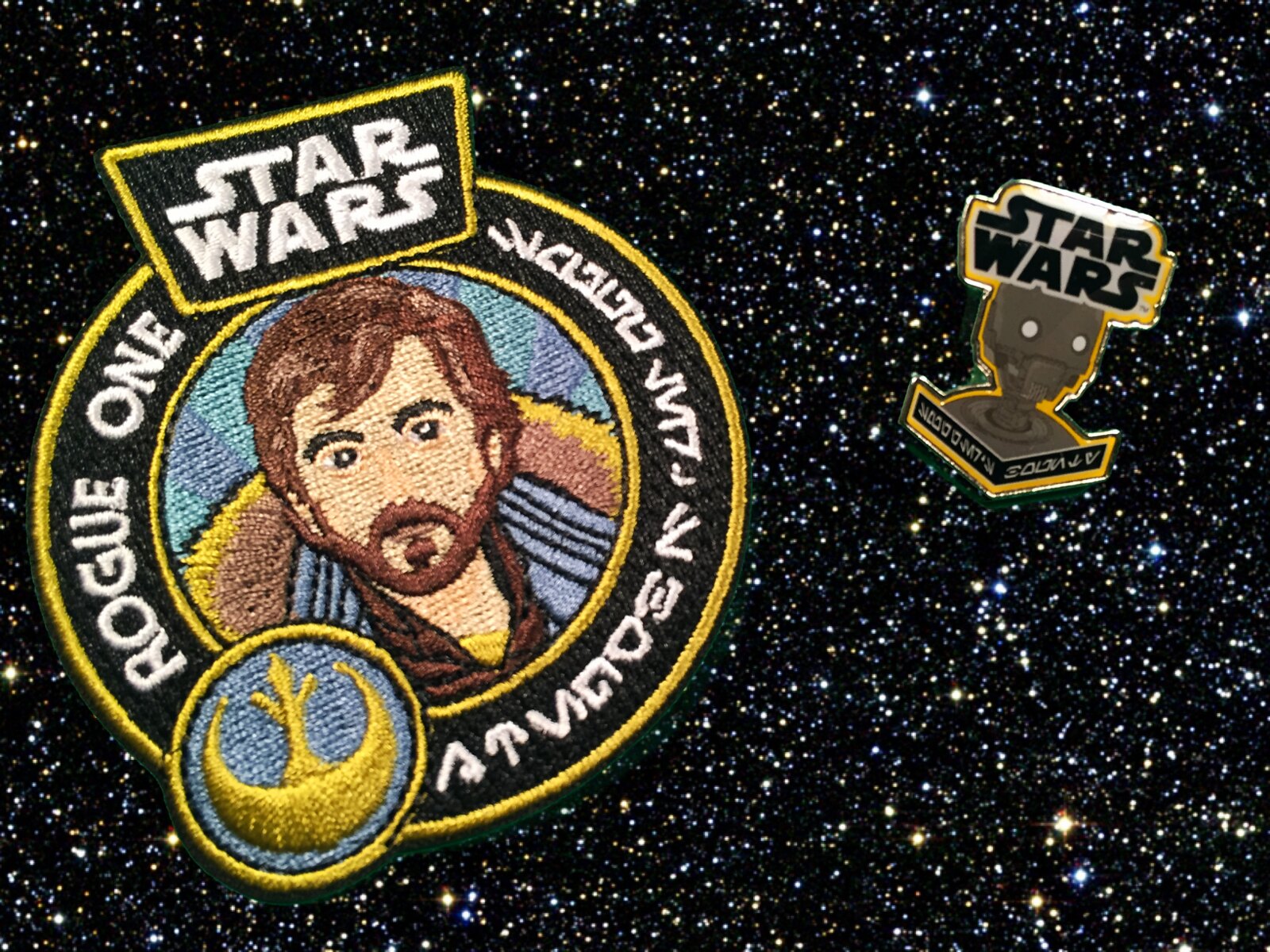 The patch could almost look like Obi-Wan if you squint but it's Cassian Andor...wearing Han Solo's Hoth gear. I haven't seen the movie yet but I have watched a few interviews with the cast and I think I have a little man crush going on Diego Luna already.

The pin is the droid K-2SO. Based on what little we've seen from him, I think he's going to be a huge hit. They even made a kid's role play costume for him! 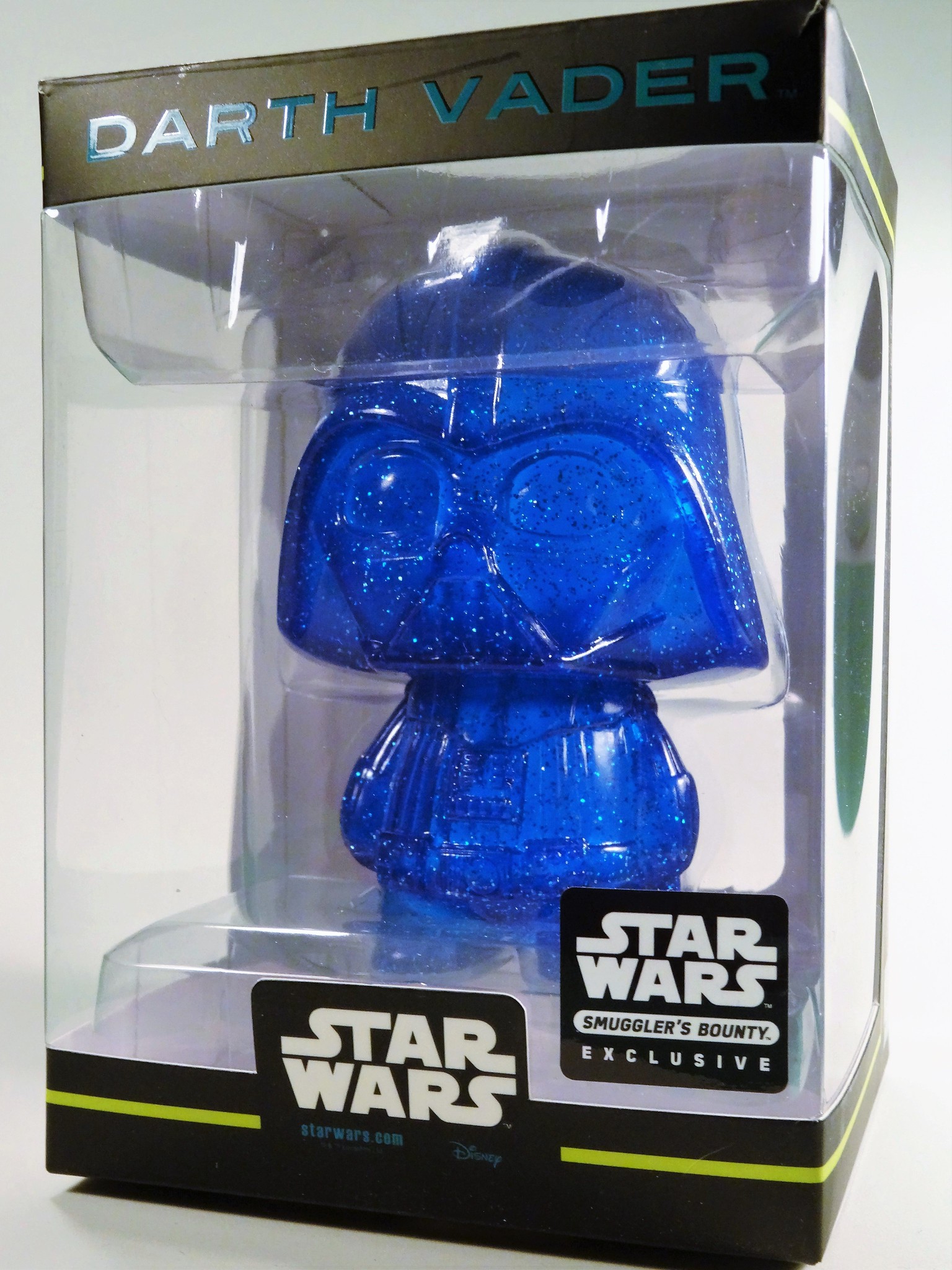 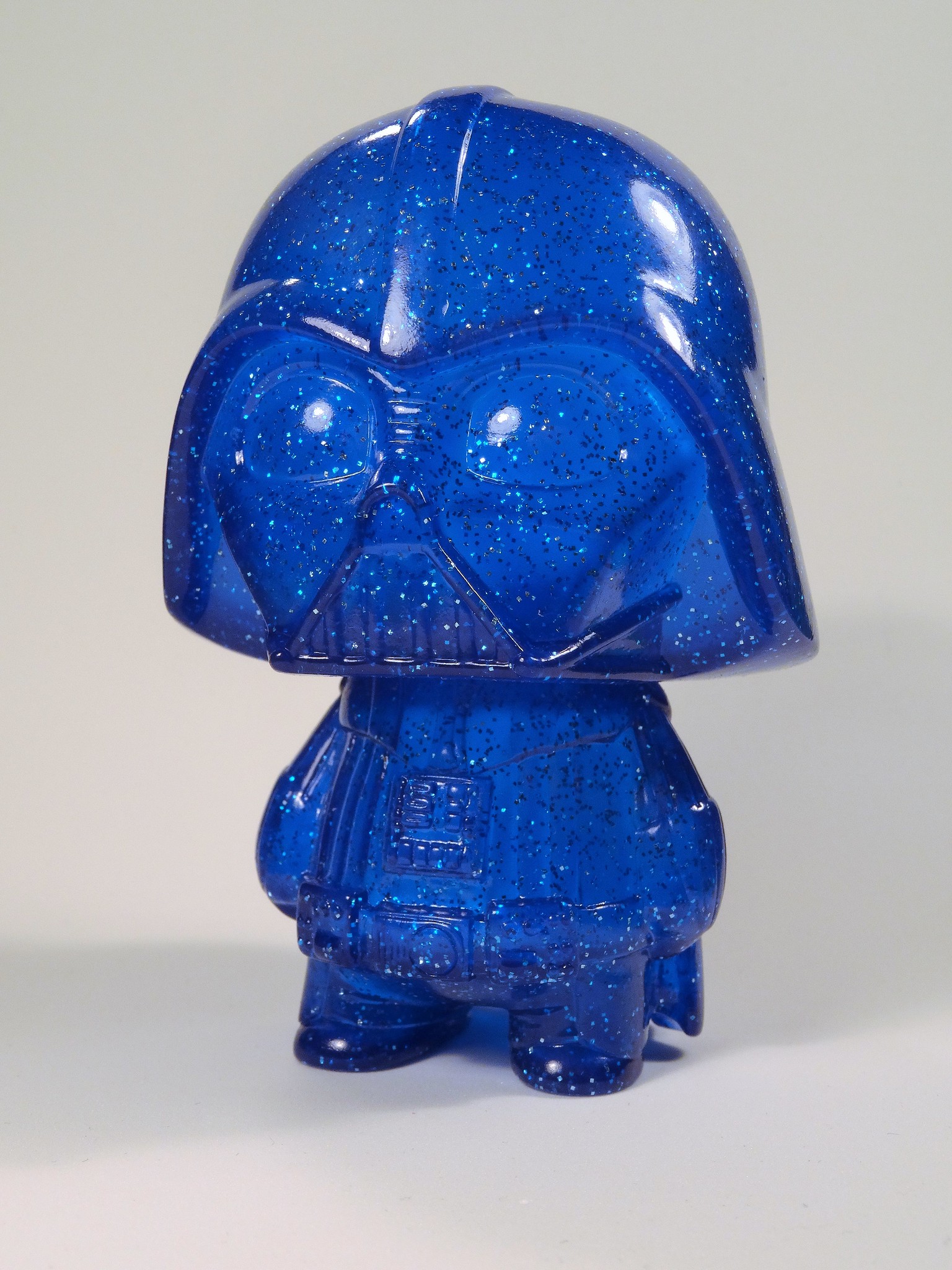 Funko delivers another first in a new product line this box with a mini-Hikari Vader. Although Hikaris look like they would be rubbery to the touch (at least I think so) they are vinyl figures. This figure came in five different colors: blue (hologram blue I call it), red, gold, clear, and of course, black. These "mini" versions are around 3" tall. 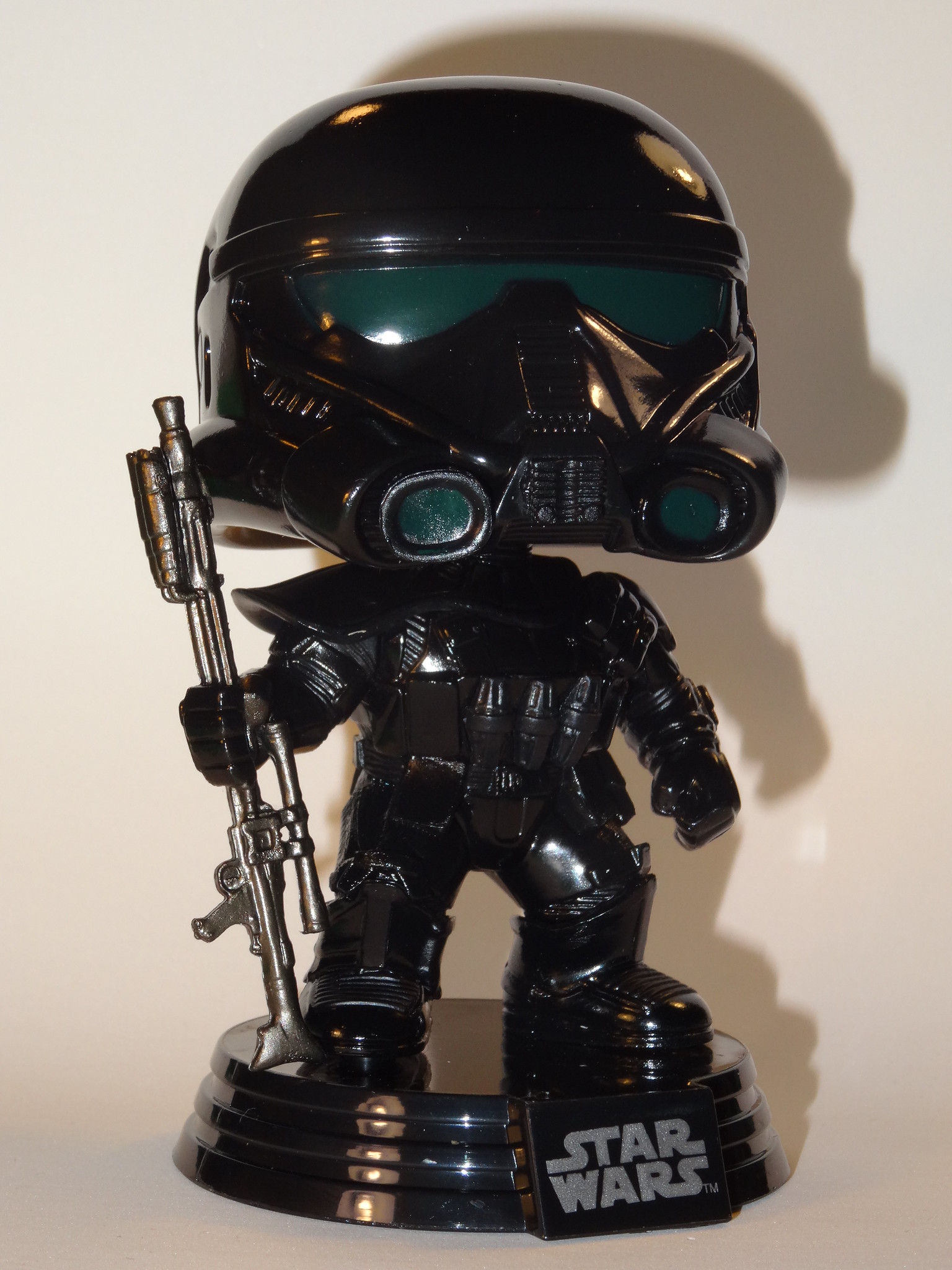 There are two exclusive Pop figures in this box which were no surprise. Funko has decided recently to give a sneak peek of their sub boxes. On one hand, it ruins the surprise of not knowing what you're getting. On the other hand, it might encourage you to buy a box if you see something cool will be in it. Funko doesn't seem to publicize it much, but you can usually buy past boxes from them and you can see everything that comes in the box.

Anyway, enough about that! This Deathrooper was a little difficult in the photo studio being 99% black. They did do the visor and the spots on the chin in a very dark green which you can barely notice looking at it under normal light. It's just a middle of the road Pop for me. They look badass in the footage but in figure form, they're not very exciting because they're almost monochromatic. 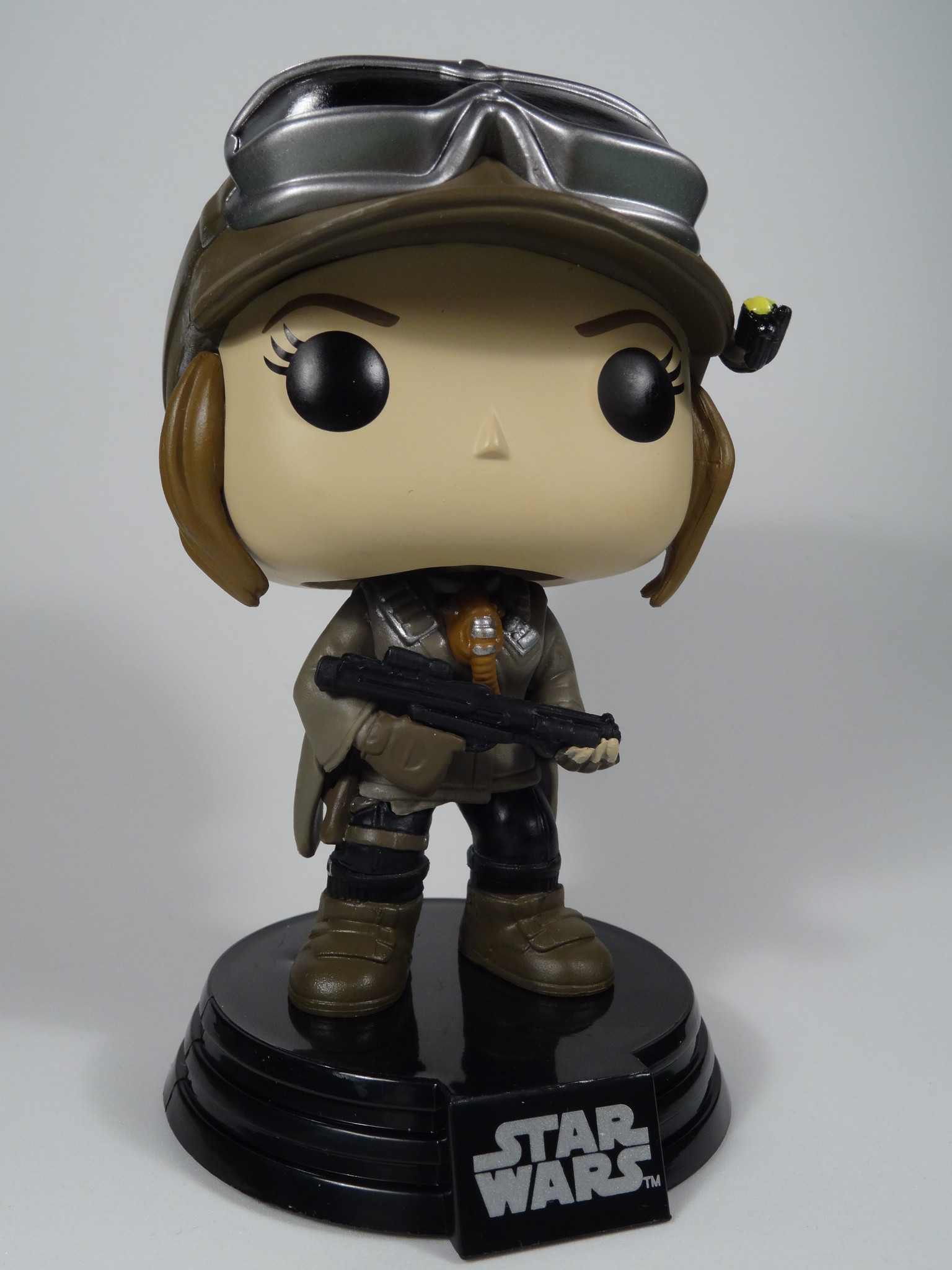 The second Pop is our heroine Jyn Erso. Being the star, she's got quite a few variants out there. This "commando" look is pretty cool. She's got some oversize goggles for her oversized head, a little tactical light on the side of her helmet, and a breathing mask on her chest. 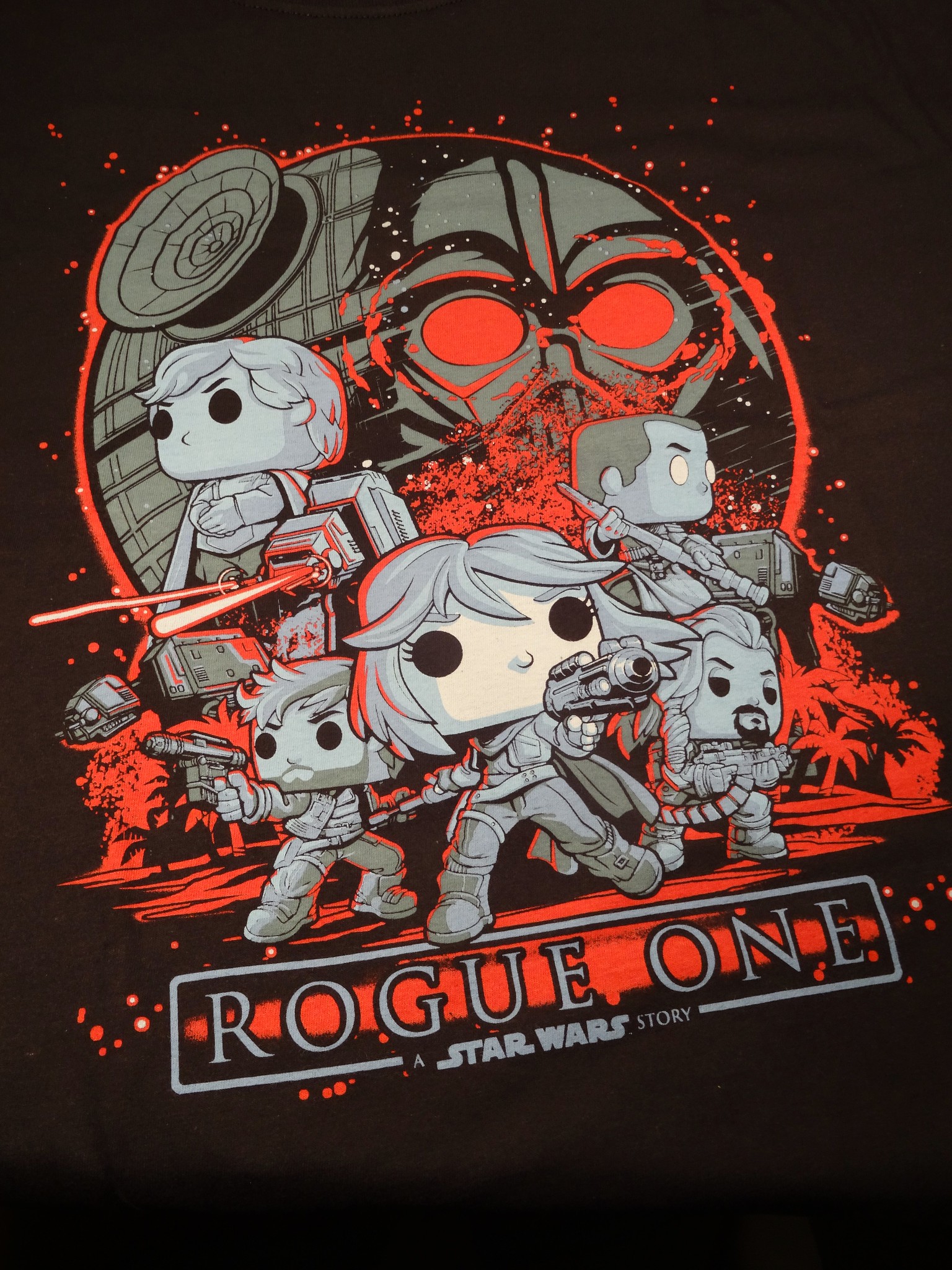 The final item is a poster style Pop shirt. I have to ding them a point on this for leaving out K-2SO, but it's got AT-ACTs on it so they kind of balance out the loss. Whether it was intentional or not, Vader's red eyes are bringing me back to his original Marvel Comics appearance where he frequently had a red tint to his eyes.

I've been thinking of dropping my subscription. It's not that I don't love most of the stuff I'm getting, it's just the boxes are piling up! The next box is Hoth themed and comes with a Han on Tauntaun Pop hat looks pretty sweet. Plus, I don't know if I can pass on an Empire themed box. I can't wait til they get around to Bespin!