It's dangerous to go alone, take this Loot Crate!
April's theme is Quest and whether you're trying to rescue a younger sibling from the Goblin King or get challenged to a Viking drinking contest, they've got you covered.

I've been playing around with a chromakey app for these photos to make them a little more exciting than the usual plain green background. 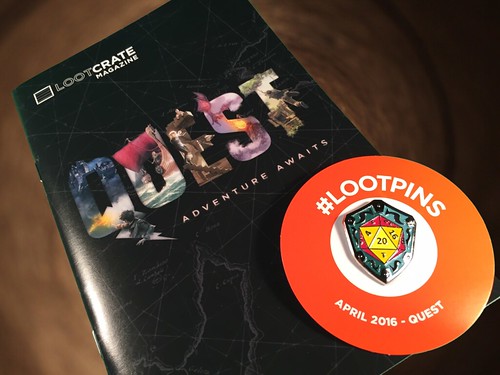 The booklet has a couple of recipes for "Tiamat Punch" and "House Cup" drinks and a guide for avoiding quests. It seems to be getting a little heavy with self-promotional ads as Loot Crate now offers several other sub boxes like Loot Anime, Loot Gaming, Firefly Crate, and Loot Pets.

The pin is a d20 on a shield. The pin unlocks a companion in the Neverwinter Nights MMO: a gelatinous cube! There's something I'd never have considered as a companion. 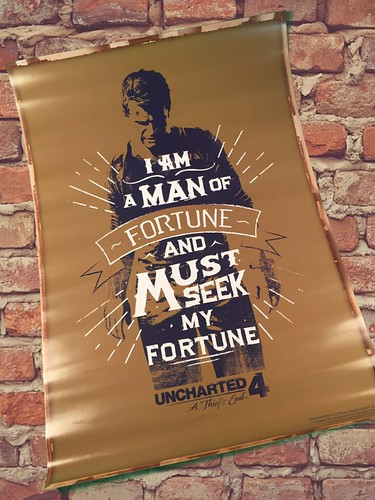 We'll kick things off with a mini-poster for Uncharted 4. Not much to say about this as I'm only barely passingly familiar with the game series. 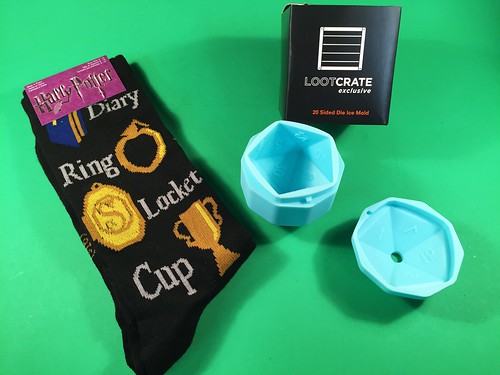 Next is a pair of Harry Potter horcrux socks, just the thing to keep your piggies warm while searching across the land for mystical objects.

The other object is a little hard to see unless you click for the larger version. It's a d20 silicon ice mold. The "cube" it makes is probably a little bigger than a golf ball. The instructions say to fill it only 90% with water which is hard to do when you put the top on. Anyone know why? Anyone? That's right kids, when water freezes it expands which makes it a bit of a challenge to get it out of the mold. 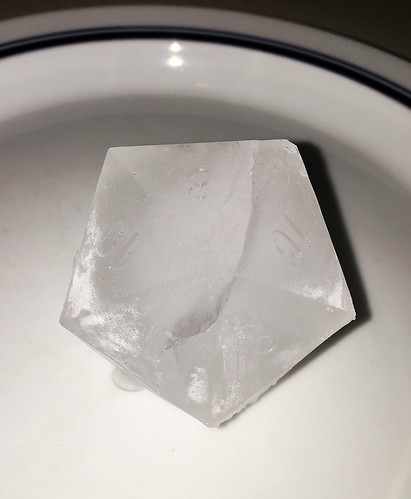 It doesn't photograph well...heck, it's hard to see it in real life. But it does actually make a d20 shaped ice polyhedron! 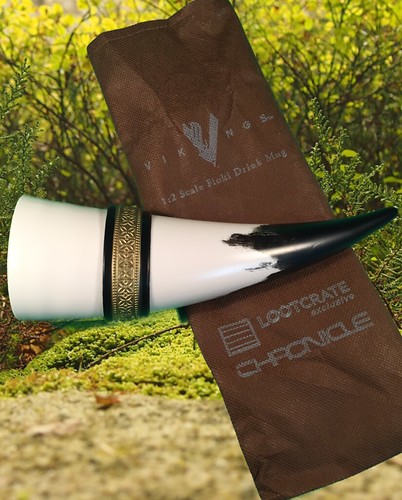 From the History Channel's Vikings, and Chronicle Collectibles, comes a 1:2 scale drinking horn. In case you're wondering how you're supposed to put down a pointed drinking vessel, it comes with a neck strap. 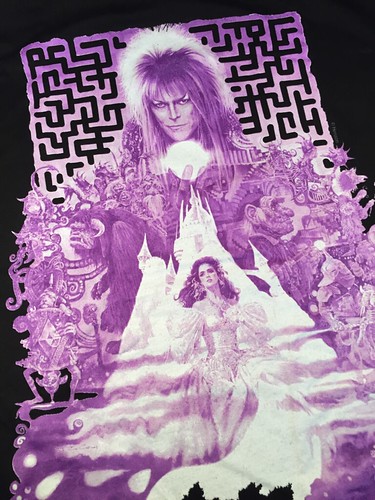 And finally is this awesome Labyrinth shirt in tribute to David Bowie. Granted it's one of the movie posters and not a new design but it's Labyrinth! 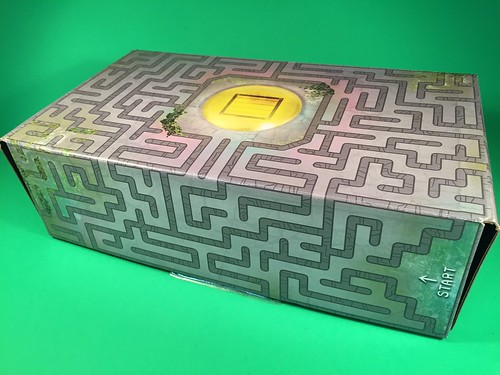 If you turn the box inside out, you get an a-maze-ing surprise!

Overall, this Crate didn't quite fulfill its Quest for me. It sort of got to the ruins after the real adventures had already been there, killed all the monsters, and taken almost all the treasure but didn't find that one secret compartment in the floor that was stashing a little bit of loot.

If you want to get sweet swag dropped on your doorstep every month, head over to Loot Crate and sign up! Use code AEIOUWHY for 10% off any subscription plan.

Disclaimer
Loot Crate supplies me with product every month in exchange for a review and/or promotion on social media.
Posted by Dex