Salem Willows - The Sword in the Sea

After doing last Friday's photo-tastic post about the Salem Willows Park, I thought of something else I should have included there. But it was such an unusual event that I wanted to give it its own post.

Back in 2001 I visited the Willows (that's what we locals call it round here) on another photo excursion. That day I was more focused on the water-side aspect of taking photos including the beach creatures and colorful stones and shells.

While I was down where the tide was receding, something caught my eye...

It was a sword! I don't know much about swords but I know there's not a Ren Faire in the immediate area and that it looked like it had been in the water for some time. Naturally, I did what most people reading this blog would do and took it home. I cleaned it up as best I could but it must have seen better days in the past.

Here is a photo I took of it today. 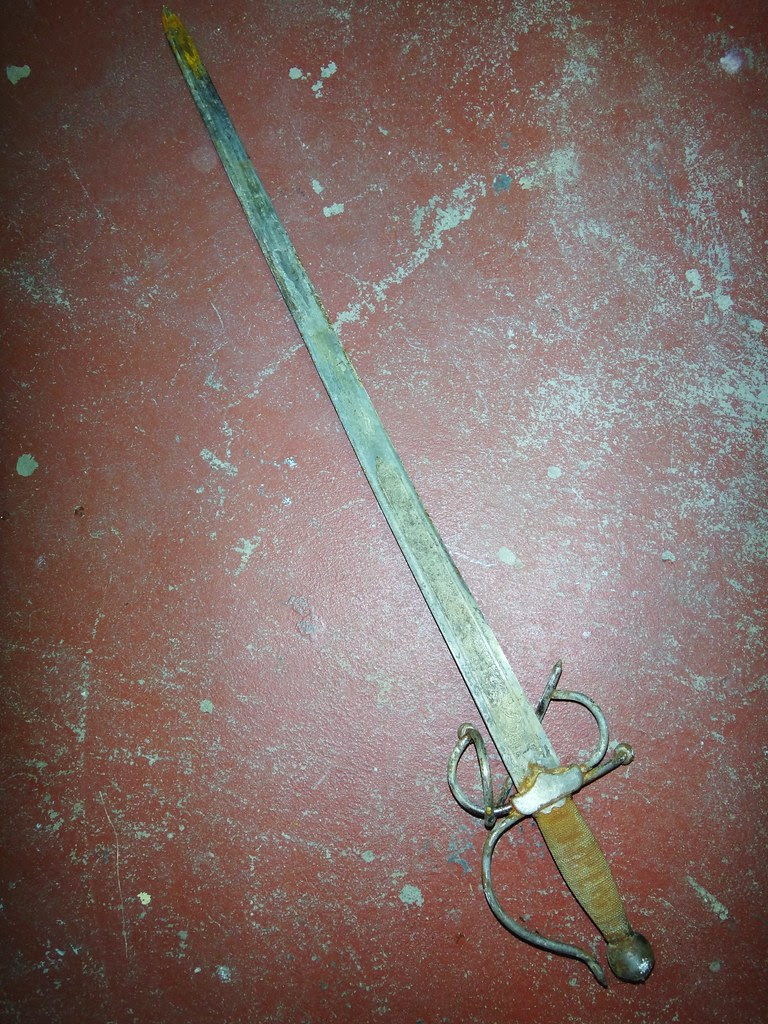 Like I said, I'm not up on my sword studies so I'm not sure what type of blade this is but it's obvious that it's more of a fencing sword from way it's constructed to protect the wielder's hand. Here's a closeup of the blade's base.

One thing I do know is that Toledo Spain was considered to produce the best swords in Europe between the 15th and 17th centuries. It seems to be well made and very solid, not something I would expect from a replica weapon. I'd also think something a little more modern was probably be more rust resistant? But I don't exactly know any sword experts that could verify when it might have been made. And until I do find one, I'm just going to keep thinking it's a relic from a time when there were pirates and privateers on the seas.