Just a few weeks ago, Spy Monkey Creations unleashed Wave 19 of their Battletribes figures. In every wave there is usually one figure that I have my eye on, sometimes I get them, sometimes I don't. But there was no way I could pass this one up! 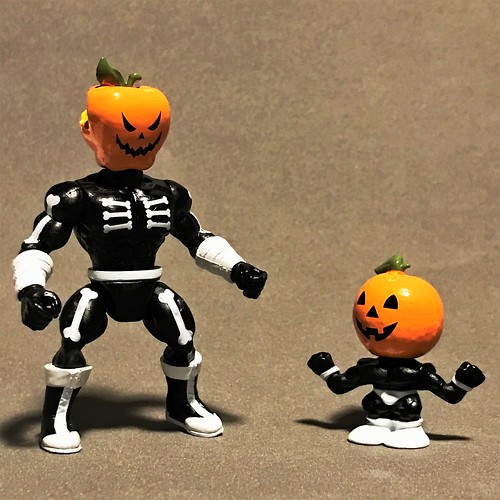 How can you pass up a pumpkin headed wrestler? In the usual Battletribes release, you get assorted weapons or monster-ish accessories. But with the wrestlers, you get lots of heads, a minifigure, and a few extra goodies. What's cooler than multiple heads? 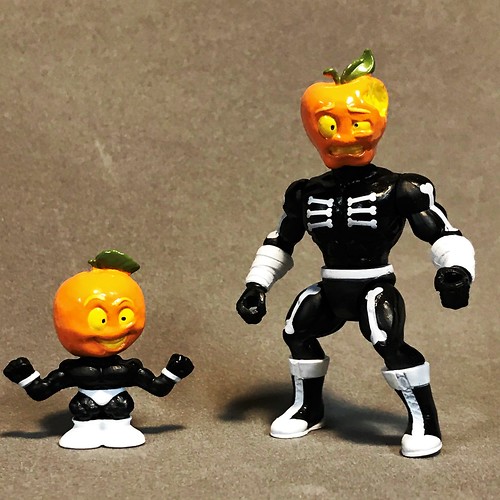 Reversible heads! That's right, those two pumpkin heads turn around for an orange and an apple with a bite taken out of it! Is it still an apple if it's orange in color? Does that make it an orange apple? 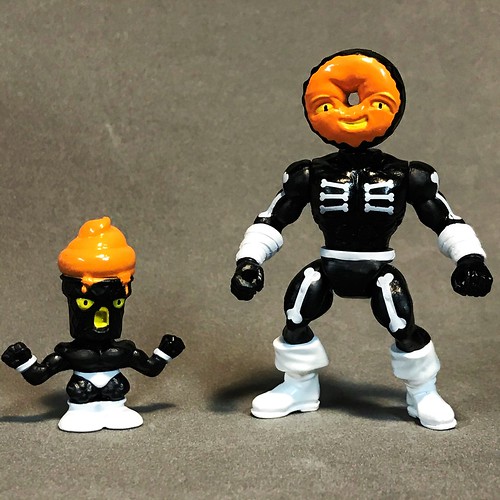 When the wrestler figures were introduced, they also brought along the tiny wrestler and some really wacky food heads. In this pic, the big guy has an alternate pair of boots. 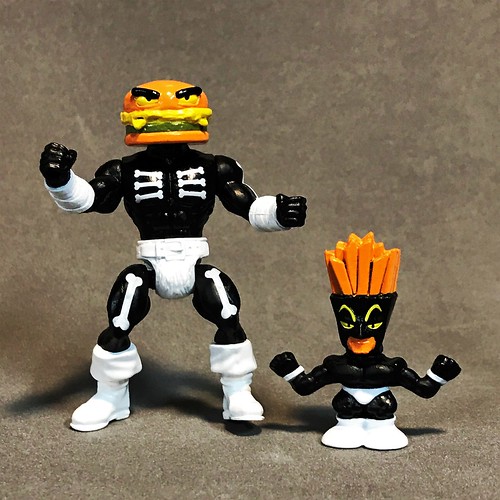 Say hello to Big Beef and Side of Fries! Beef is sporting an alternate pair of trunks which are usually the standard for Battletribes figures. 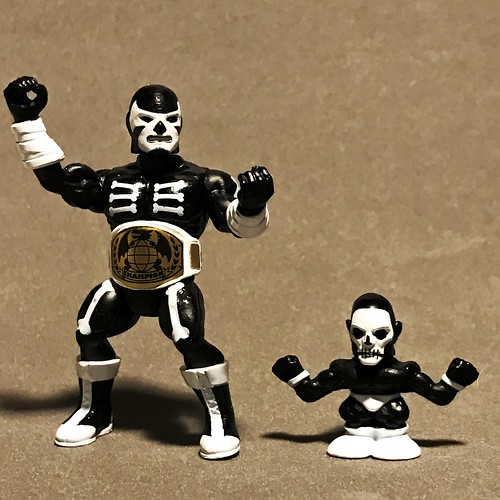 The last pair of heads also go well with the pumpkin ones for a Halloween vibe. The final accessory is a Champion belt. So all told, you get the two figures, two pairs of trunks, two pairs of boots, the belt, and 8 heads (2 reversible).

You can grab your own Spicy Pumpkin at Spy Monkey Creations along with figures from past waves.  If you're like me and not that into wrestlers, there's a variety of fantasty based characters to choose from too.This is a great line of figures to get into and they're all Glyos compatible!
Posted by Dex