We've delved into the depths of Horror and taken a trip through Fantasy, now it's time to blast off into the worlds of Science Fiction! And again, there's a lot of glass displays and lights so please forgive my photos. 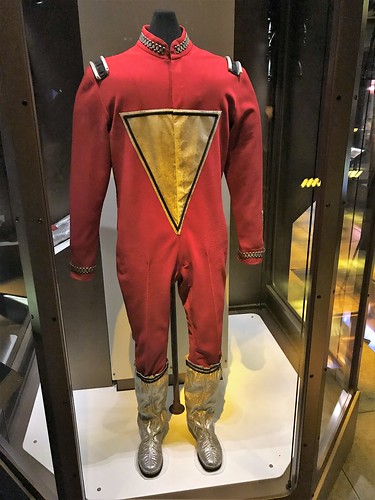 Starting off with a piece of classic TV history, a screen used Mork from Ork costume worn by Robin Williams. One of the really cool things about the Sci-Fi section is that there is a good mix of movies and TV here.

Speaking of aliens, this is probably the most famous flamethrower in cinema history. 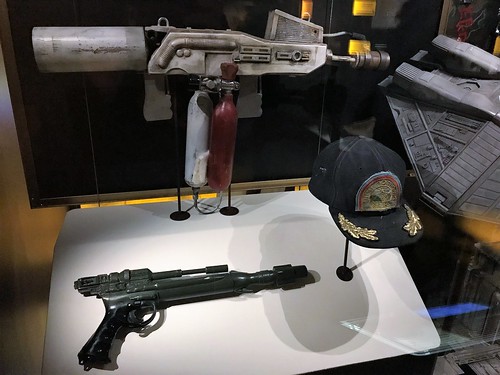 The guns are cool but honestly, I was more excited by the Nostromo hat. Just to the right, is a model of the Narcissus, the life boat from Alien. It's almost as big as the original Millennium Falcon toy. 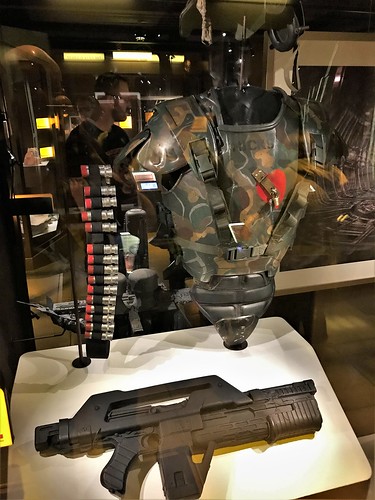 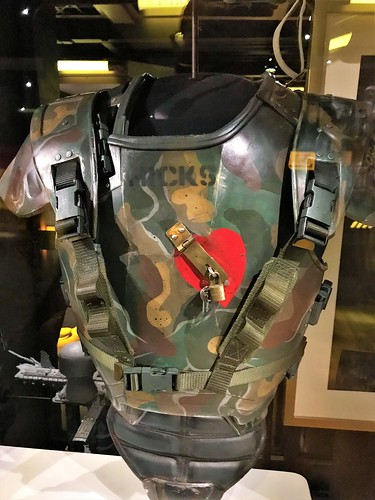 Colonial Marine gear including Corporal Hicks' armor, a pulse rifle, and a bandolier. It's cut off in the left photo but they also have his helmet. I didn't discover Aliens until cable/home video but it got a lot of play .One of the best sequels of all time. 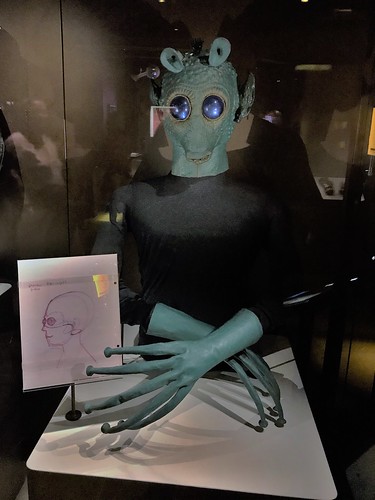 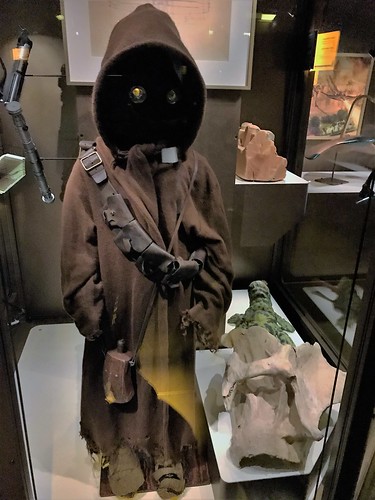 Of course there's a section dedicated to Star Wars. If I'm remembering correctly, everything they have is from the original three movies. Next to the jawa is a piece of the large skeleton C-3P0 passes while he's walking around Tatooine. I thought this was when I reached peek geeking out. I was wrong but it's still pretty up there. 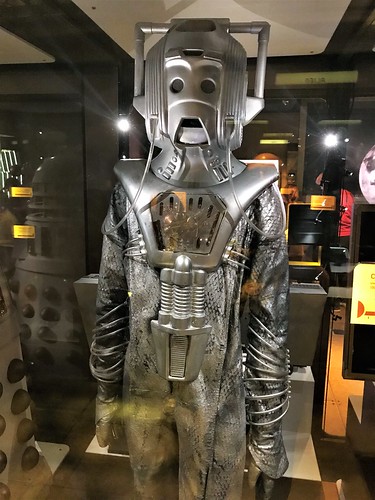 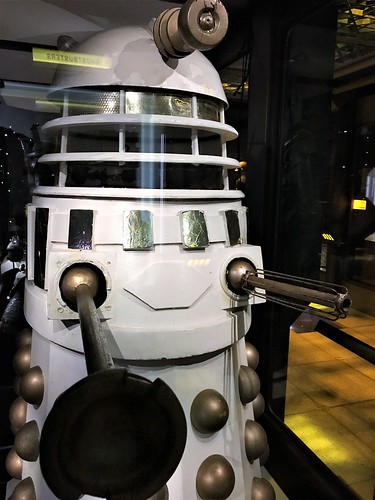 Another big geek out moment. If there was a second sci-fi franchise that I was totally into as a kid, it was Doctor Who (4th Doctor, for the record). Seeing not just a Dalek, which haven't changed that much over the years, but also an old school Cyberman was pretty awesome. 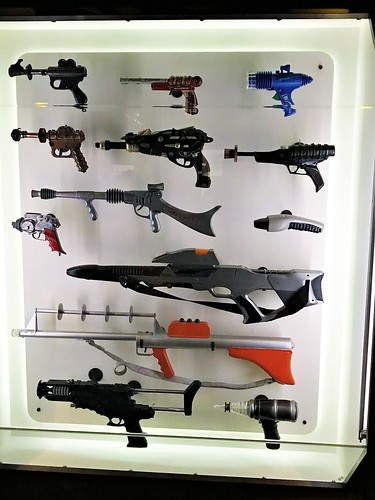 In one section there are three display cases full of weapons. This one is my favorite because it has a few old timey ray guns. In front of each case is a touch screen display where you can get more info about each piece and where it comes from.

Leaving the sci-fi area, we went to the museum's Science Fiction and Fantasy Hall of Fame. This area honors both people and creations that have made big impacts on pop culture. You can see the full list of inductees here. The site appears to be a work in progress as there isn't any info on the inductees yet.

This area also has a few historic props as well. 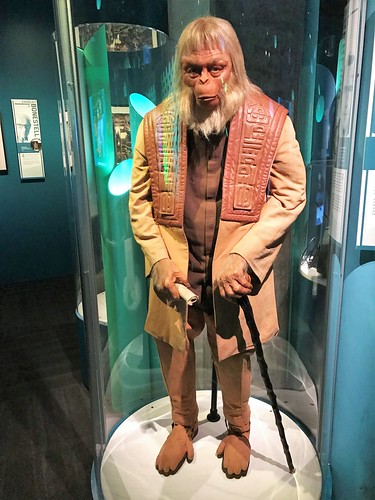 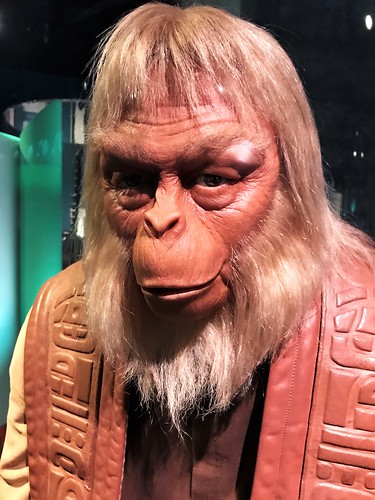 This ape was a little creepy. I was expecting him to come to life any second. Check out the toes on his "shoes"! 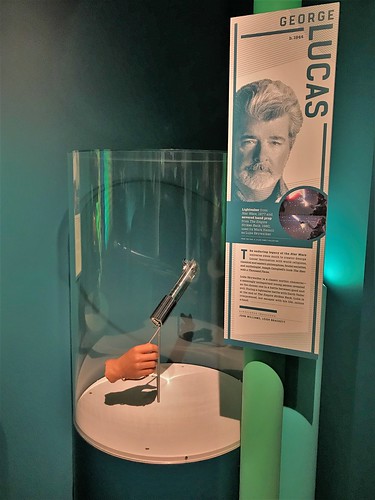 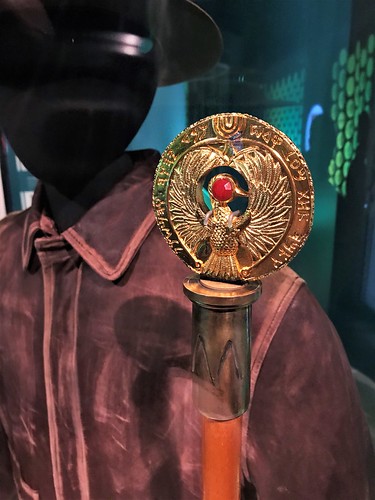 Of course Lucas and Speilberg are in the Hall of Fame. Now we finally know what happened to Luke's right hand. It belongs in a museum!

Remember when I said earlier I thought I reach peek geek out?
The geekier among you may recognize the artist Jean Giraud aka Moebius. But did you know he did costume design for the original Tron movie? 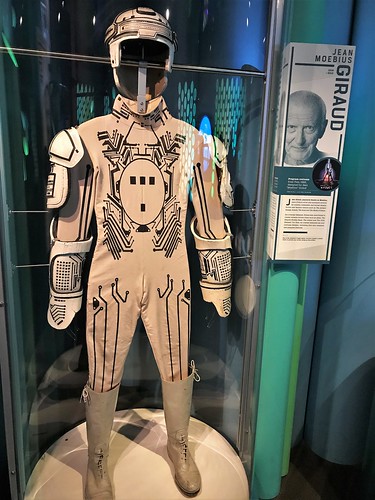 Star Wars will always be my first sci-fi love but it's "been around." I've seen a handful of exhibits with props and costumes. Seeing a Tron costume is something not likely to happen even if you're visiting a Disney park. So this was a Big Deal. 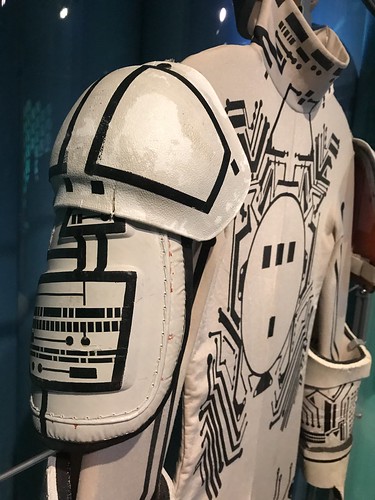 Thanks for reading to the end, or just scrolling through the pictures. There are a few more pics on Flickr and you'll see all the ones from the Horror and Fantasy exhibits too.

Of course, there's plenty stuff I didn't post pics of but from what you see, what would be the one thing you'd love to have in your home?
Posted by Dex