By now, you've probably watched The Rise of Skywalker trailer a few hundred times, possibly even watched one of those "things you missed" videos to see if there was anything you missed. I'm not a fan of those, I poked fun at them when The Last Jedi trailer came out.

Where was I going with this? Oh yeah...Everyone must have trailer over exposure so why am I bothering to talk about it? One, I'd feel like a bad fan if I didn't. Two, you've watched the trailer but have you looked at it?

One of the things that really captured my eye in the trailer is the costume design. As boring as it may sound, this post is about clothes. There's a couple of non-trailer shots and comments based on Celebration panels to hopefully hold your interest. 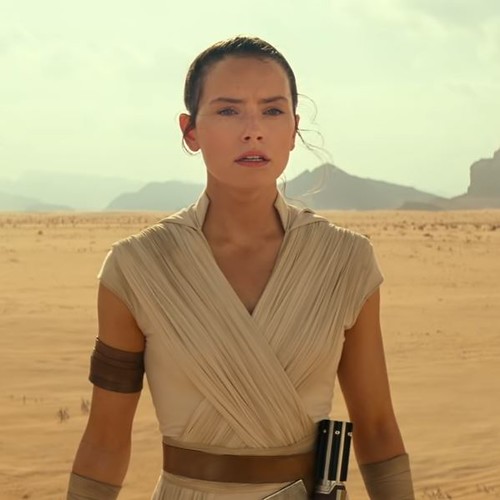 Right now, we know is that this movie takes place "some time" after The Last Jedi. Rey's still got her original Jakku look with some updates. 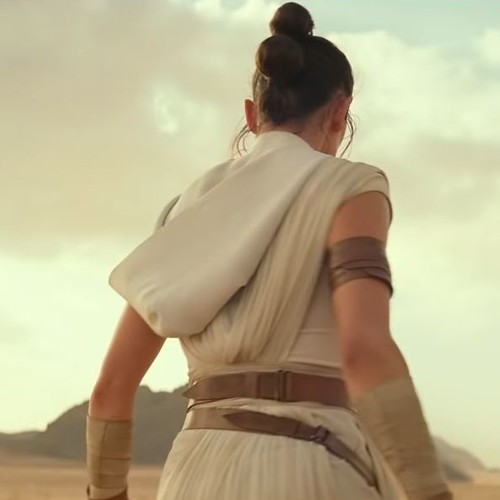 One is that she added a hood to the tunic. Her simple outfit was already vaguely Jedi-like and I think the hood adds that much more to it. 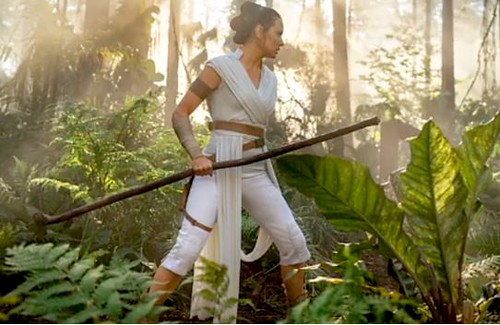 She's also traded in the billowy desert pants for some that are more form fitting. I think it upgrades the original desert nomad look to something more swashbuckling. Although I am still a big fan of her look in The Last Jedi. 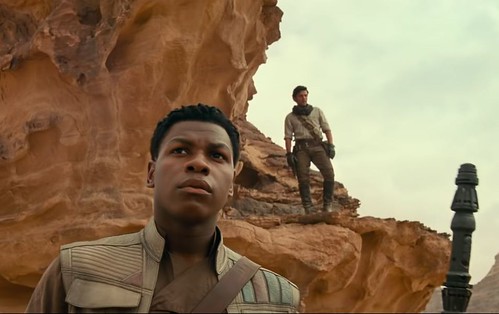 We finally get Poe into something other than a flight suit for most of the movie! Yes, everyone's comparing the look to Nathan Drake. I'm not saying it doesn't look pretty darn close but I am saying it's not that unique a look.

There's been plenty of speculation about the desert planet in the trailer. It doesn't quite have that Tatooine vibe to it but it would make sense to wrap things up there. During the Ep. 9 panel at Celebration JJ Abrams mentioned filming in Jordan which stood in for Jedha in Rogue One. Of course, it could just be a new desert too.

John Boyega was very excited to have his own look in this movie. Almost any Celebration interview he mentions those blue pants. He's also traded in Poe's jacket for a new one.

One of the things I'm really excited about is they've said the gang will all be together for this adventure. I'm looking forward to seeing Poe and Finn bro out. Although there was no sign of R2 in the teaser, we know he'll show up somewhere. I just hope they give him something to do other than a glorified cameo. 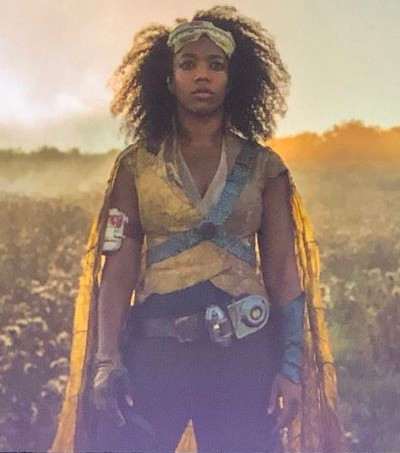 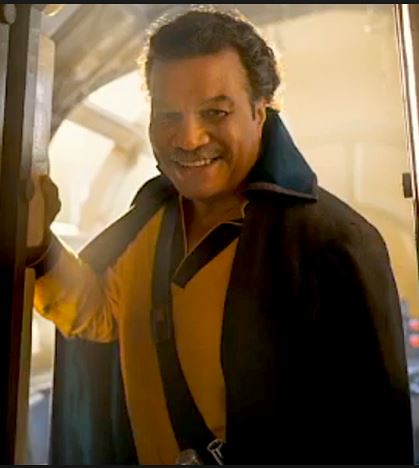 During the Ep 9 panel, we got to meet newcomer Naomi Ackie who's playing a character named Jannah. She's not in the trailer and there wasn't much given away about her role. Of course theories are flying that she's Lando's daughter and I have to admit they do seem to have a similar fashion sense.

Lando had better have some kind of reunion with L3 on the Falcon...

If you're like me and couldn't attend Celebration this weekend, the Star Wars YouTube channel has hours of coverage including the Ep 9, Clone Wars, and Mandalorian panels plus celeb interviews.

What did you think of the trailer?
What's got you excited? That Yavin medal? The Death Star ruins?
Posted by Dex 2 comments:

Okay, last Captain Marvel post for awhile. I knew there would be a Funko Marvel Collector Corps box for Captain Marvel and when I saw it was coming with two exclusive Pops, I figured why not check it out. 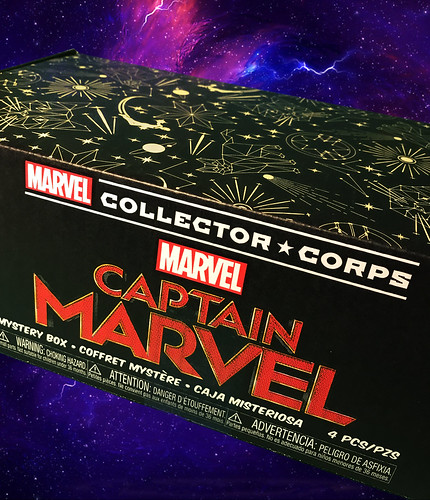 Before we even get into the contents, check out the "stellar" art on the box top. 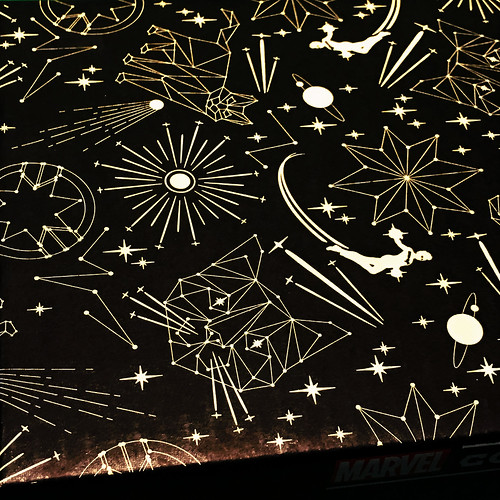 Carol is zooming around space among line art constellations that include Goose the cat. The art is that kind of off-white that looks like it would glow in the dark. Sadly it does not. 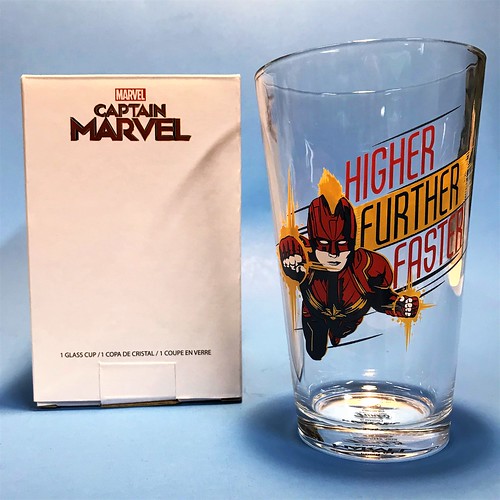 I think this is he first piece of glassware I've received in one of these boxes. The art really pops off the glass. When Carol first took up the mantle of Captain Marvel in the comics, I was not a fan of the mohawk look. It's grown on me over the years, even more so after seeing it in a live action movie. 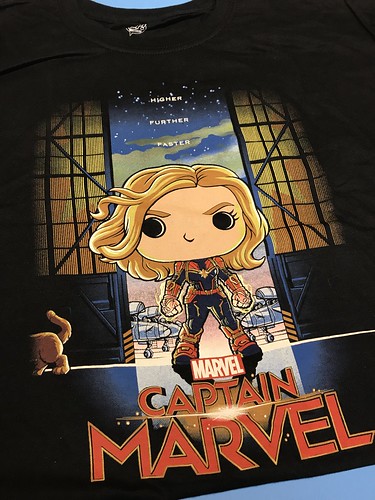 Next up is the shirt that I'll be wearing when I see Endgame. Grown men should probably not use the phrase "totes adorbs" but I mean...it's Funko Pop art. I like that Goose is on the shirt but not really stealing the spotlight. It's funny that you just see him walking away.

It wouldn't be a good Captain Marvel box if you didn't have just a little more Goose in it. 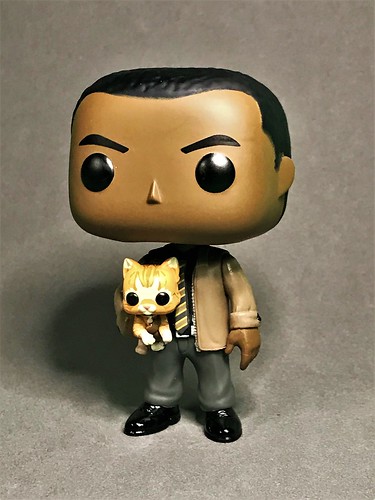 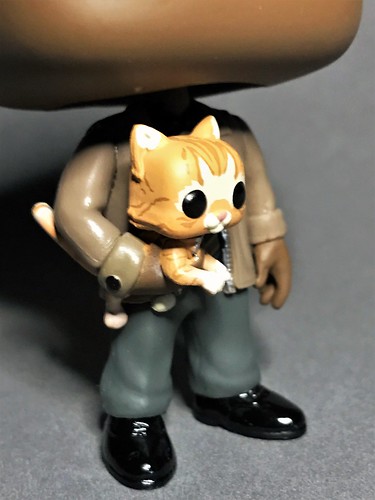 The detail that goes into these Pops never fails to impress. They didn't need to include buttons on Fury's jacket cuffs or the wrinkles in his pants. And the tie is pretty great too. Of course, he's holding an itty bitty Goose which is too cute. 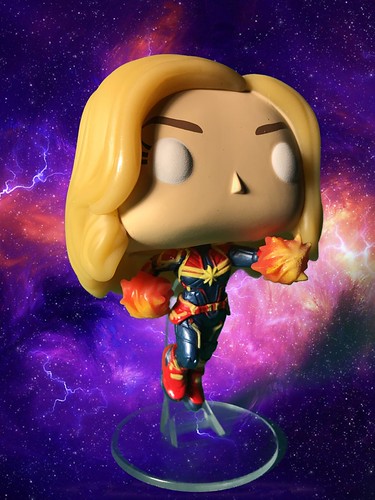 The last item is a glow in the dark Pop of power punching Carol. She's flying a bit off the ground thanks to a translucent base. I mentioned the extra details on Fury weren't really necessary but here, it's all necessary for her costume and it looks amazing.

I tried to get a shot of her glowing. It's not great but here it is. 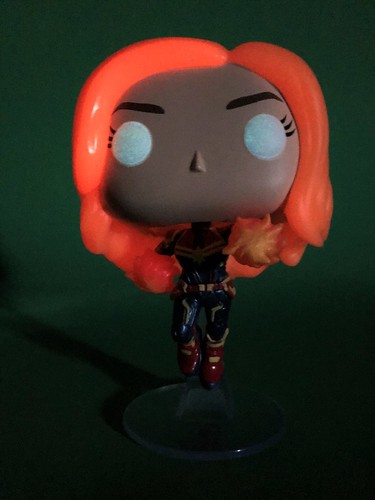 Her eyes glow a little but not as much as her hair and power effects. I was a bit surprised that her her glows because I was only expecting the eyes and maybe her hands.

Overall, another solid Funko Collector Corps box! If you want to subscribe, it's now offered on Amazon. The next box will be Avengers: Endgame and include a shirt. Sign up for this box ends on 5/28. It's not a hard set subscription service, you can just order when you like the theme and cancel after that if you want. 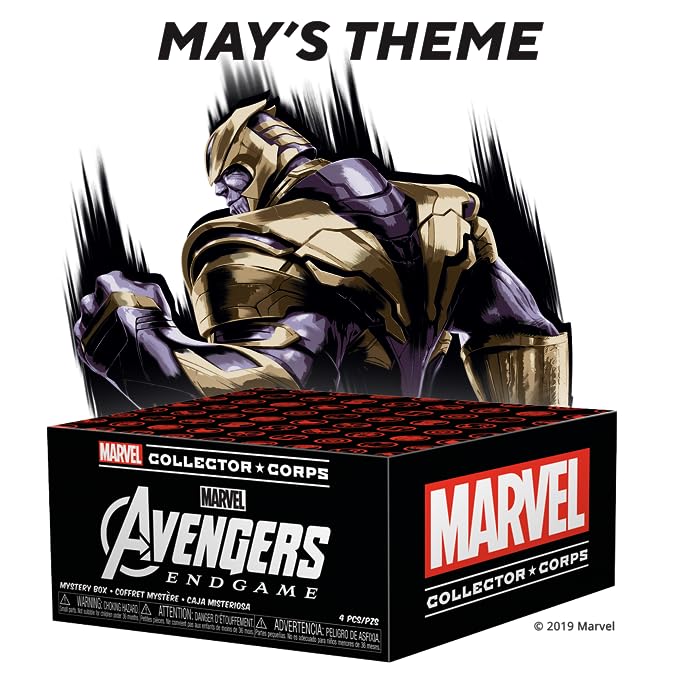 Yes, it's April Fools Day.
No, there are no lame internet jokes here.

Streaming
Love, Death, and Robots (Netflix): I've watched 12 of the 18 shorts that make up this animated anthology series and just about every one of them is at least an A if not A+. Highly recommended for fans of scifi in the vein of Heavy Metal (the movie and/or magazine).

Tag (2015, Netflix)
I couldn't find a trailer so here's the opening scene of this crazy movie. I also can't accurately describe it, so here's the summary from Amazon: "A girl's life cascades into chaos as her schoolmates suffer gruesome and increasingly bizarre acts of fate, including a deadly wind, machine gun teachers and a pig in a tuxedo holding a knife."
If these two things don't grab your interest, there's nothing more I can say. It's a wild journey as you discover just what the hell is going on alongside the main character.

The Witch Files (2018, Netflix)
Are you a high school student that's never seen The Craft? Then have I got a movie for you! If you are not a teenager or, more importantly, have seen The Craft you can skip this one and your life will be about 90 minutes richer. This movie has two things going for it: a shooting location that actually looks like Salem MA and Paget Brewster, who's not in the movie very much.

Captain Marvel (2019, IMAX)
It's not up there with the great MCU movies but it lands stongly at the top of the really good ones. It was a fun sci-fi adventure and if I could, I would have watched it immediately again. I cannot wait to see her in Endgame!

All The Boys Love Mandy Lane (2013, Netflix)
This whole thing felt like a very 90s slasher flick. It's not terrible, it just doesn't really go above and beyond in any area. If you're looking for something with teens in a secluded location getting offed one by one, this is that kind of movie.


Goosebumps 2: Haunted Halloween (2018, Redbox)
I had a good time with the first movie so I figured if you can do that and add Halloween to it, it's worth checking out. It felt like a bit too similar to the first one and I had a few continuity/plot questions which the intended audience will not care one bit about. It does have some great monster designs but also some not so great visual effects. A safe one to introduce monsters to your little ones.


The Dirt (2019, Netflix)
On the other end of the spectrum is the Mötley Crüe biopic that is most definitely not family friendly! Sex, drugs, rock n roll, and personal tragedies pretty much sums it all up. Having been a long time fan, I really enjoyed this. As much as I like Iwan Rheon in everything, seeing him (and Pete Davidson) kind of kept me from getting fully into it in parts.

Leprechaun Returns (2018. Syfy)
I skipped the previous installment but decided to give this one a go. I had the lowest of expectations and was surprised that it wasn't completely terrible. I thought it would be more on the PG side of gore but there's a decent amount and a fun kill or two. For every "good" moment there's something equally bad whether it's cheesy dialog or Leprechaun riding a drone but it all makes for a solid B movie. something much better than you'd expect for premiering on SyFy.