It's been a whole two and a half months since I posted about Guardians of the Galaxy!

Much like the first two Guardians of the Galaxy Hot Wheels, I had no idea this one was coming but was delightfully surprised to find it. Much like Gamora herself, this car was the last of its kind. At least at the store I found it in anyway. 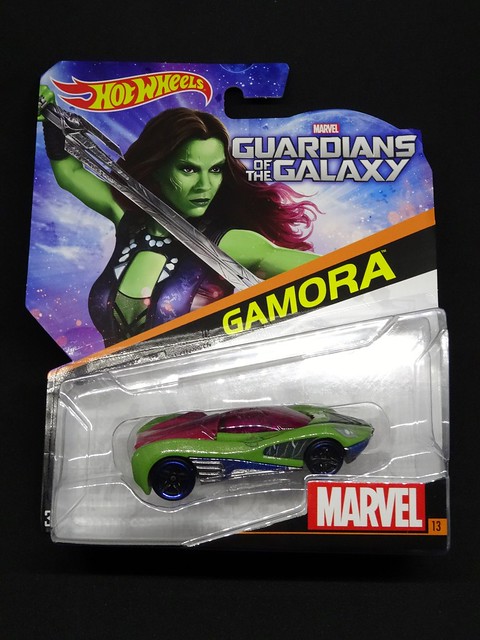 I'd been out on what I call the "Route 1 Run" which consists of me driving down a short stretch of Rte. 1 and stopping at the various stores to check out their toy stock. I was on my way home and something in my head said, "Why don't you stop at that WalMart?" It was a warm day, I'd been running around all morning and I just wanted to grab some lunch and veg on the couch. But I'm glad I listened to that voice! 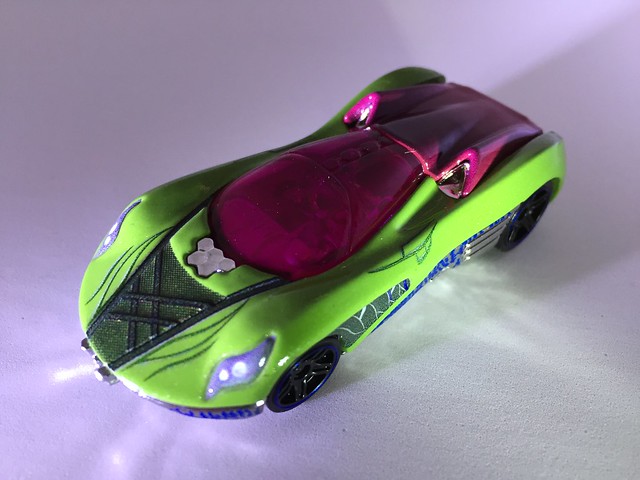 Like the previous cars in this series, they did a fantastic job with this one. They incorporated just about everything that makes Gamora Gamora in the design. From the coloring to the details like the hood that matches her bodice, the texturing, and the two points peeking out from under the hood that represent her sword. 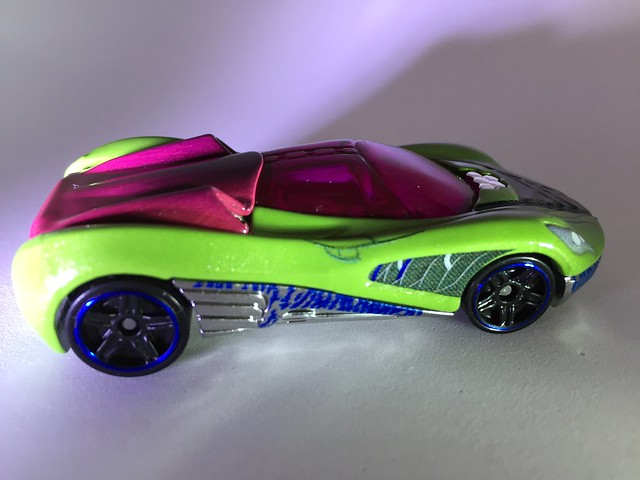 This shot's a little blown out on the left side but it nicely shows off the details along the sides. The back of the card only mentions the Star-Lord and Rocket cars but if they did Gamora, I think it's a safe bet we'll be getting Drax and Groot at some point.
Posted by Dex