Guardians of the Galaxy Soundtrack

Yeah, yeah. I know I've previously posted about the soundtrack to Guardians before, but this is something different. Back on Record Store Day 2014 (Black Friday), limited quantities of the Guardians soundtrack were available on cassette. I, being a relatively sane person, was not venturing out first thing in the a.m. on Black Friday to try and get one. By the time I sauntered in, they'd already sold out and I thought I'd lost my chance.
Ebay? No way, prices too cray-cray.

Fast forward a few months and lo and behold, Disney made it available online! 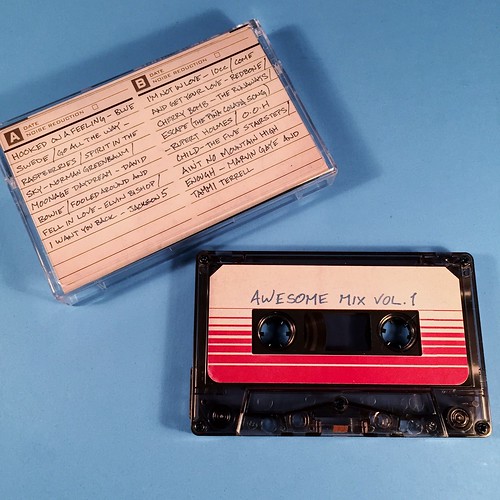 And why wouldn't they have? It's pretty much like printing money! For me, this isn't about the hipster "Ooh, I have to get it on cassette because it's so retro." No, I want this because it's also a prop replica. I like that they went the extra mile and made the insert look like it was handwritten. 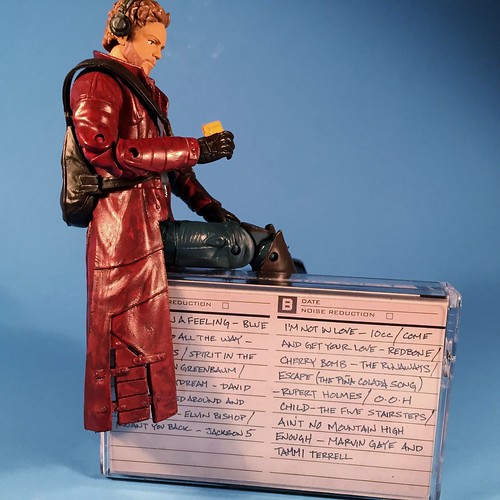 If it weren't for the Guardians logo on the outside flap, you wouldn't even know it wasn't just someone's tape laying around. 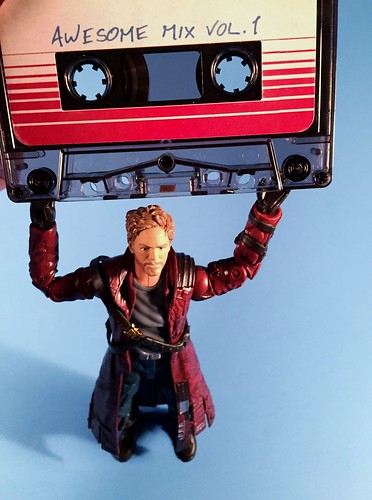 If you need one of these for your starship, fly on over to the Disney Music Emporium site.
Who knew that was even a thing?
Posted by Dex