The game company River Horse recently released the Labyrinth Card Game. Back in 2016 they put out a Labyrinth board game and a Dark Crystal board game in 2018. 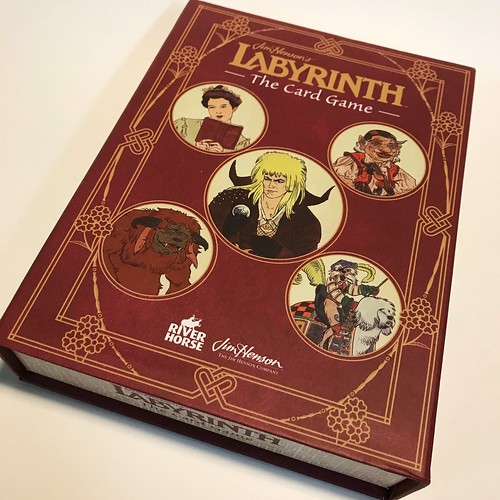 The card game comes in this great box that looks similar to Sarah's book. 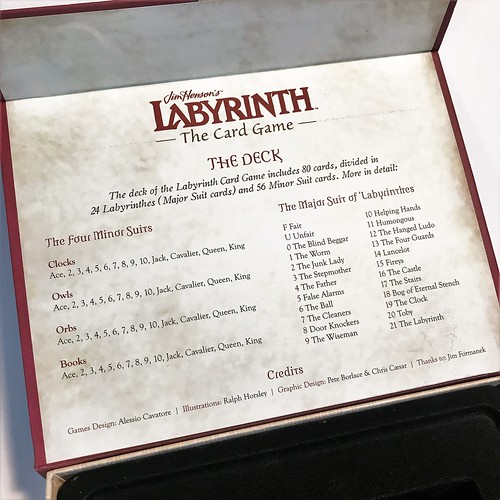 The deck of cards is very similar to a standard Tarot deck, plus two Jokers. The cards are the same size, there are four minor suits consisting of 56 cards and a major suit of 24 Labyrinthes which features characters and things in the movie. 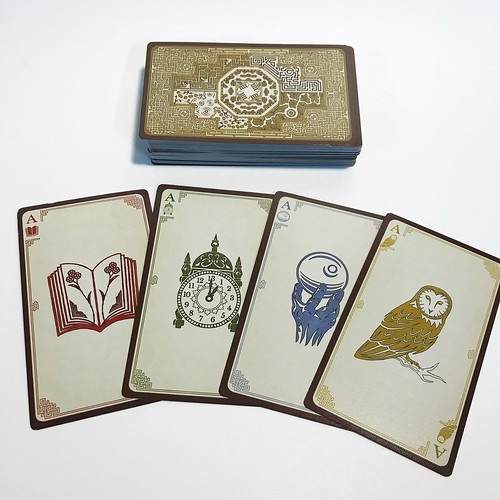 The four minor suits are Books, Clock, Orbs, and Owls.
Let's get a closer look at the card back. 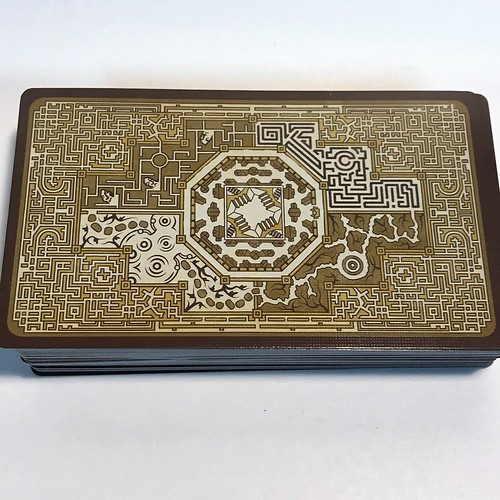 The center has the Escher-like stairs. The top left maze has the "false alarm" taking heads. I think the bottom left is the Bog of Eternal Stench. The bottom right is maybe the forest where the Fireys live? 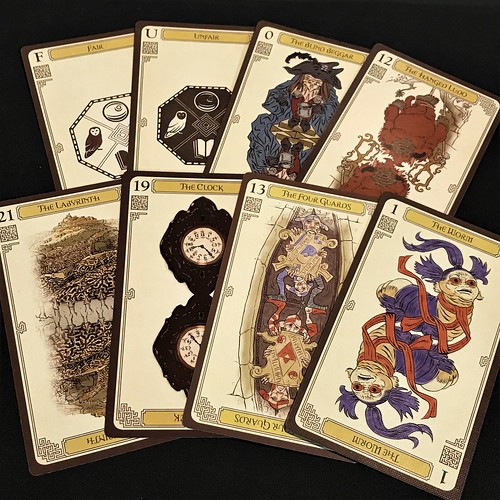 Here's a few of the Labyrinthes. The Blind Beggar, Fair and Unfair have special "abilities" when you play them. The game itself is a variation of standard trick taking card games. While I'm sure this can be its own fun, I was really hoping for something more thematically tied to the movie. 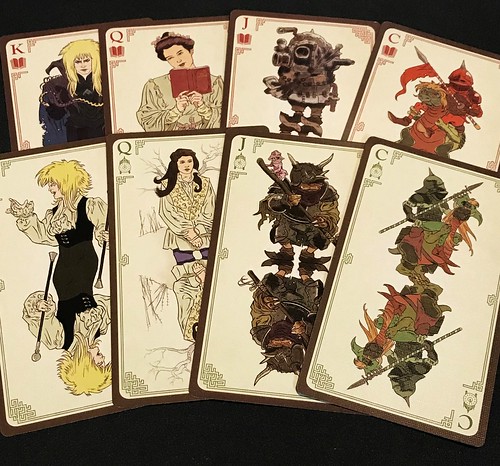 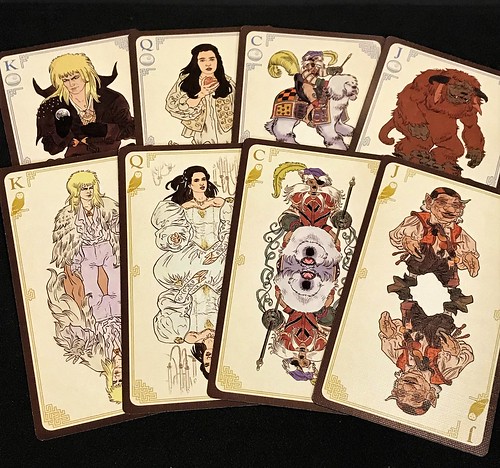 One nice little detail is that the Jareth and Sarah in each suit have outfits that match their scenes together in the movie.

River Horse is has up for pre-order a Labyrinth Adventure Game (RPG) which looks interesting. You can pick up the Labyrinth Card Game from Amazon.
Posted by Dex