During the holiday period between Creepmas and Christmas, I got tow new additions to my Jackling family and wanted to show them off.

For those that disrespect the laws and customs of Halloween, retribution is swift. Lantern Jack has a specific breed of Jackling that he dispatches to mete out punishment on these occasions. 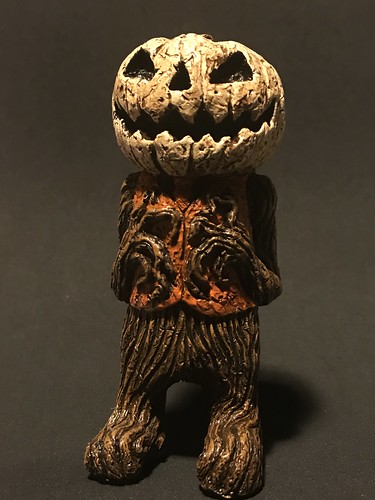 Respect the traditions of All Hallows to avoid the wrath of Lantern Jack and his minions!

I really love these figures and the lore just makes them that much more special.

It's hard to see in the photo, but he is wearing a tie with the vest. The Gremlin was originally released in three varieties: Traditional (orange pumpkin/white vest), Ghost White (this guy), and Blow Mold Orange (all orange & black, just like a classic blow mold). I was going to pass on this one originally because he's bigger than the usual Jackling figure which means he costs more. But thanks to a holiday promo code I was able to get him at a discount and am so happy I did!

Up next is the Yuletide Jackling. 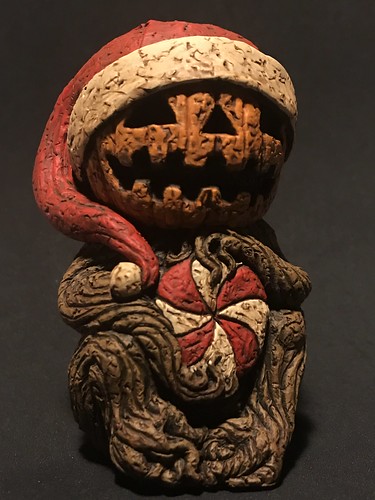 Just like the Gremlin, Yuletide is a bit taller and was released in three variants: Christmas Eve, Halloween (black & orange replacing red & white), and Candy Cane. See them all here. Unlike the Gremlin, there was no question of passing on this one! The hard part was picking between this one or the Halloween version. Ultimately, the juxtaposition of the two holidays won out. Plus, how often do you get to use juxtaposition?

Because of his squatting/sitting position, just about every time I look at him, I imagine him standing up and stretching his legs, ready for mischief.

I knew these figures were taller but for some reason, my brain didn't anticipate how much bigger they would be! 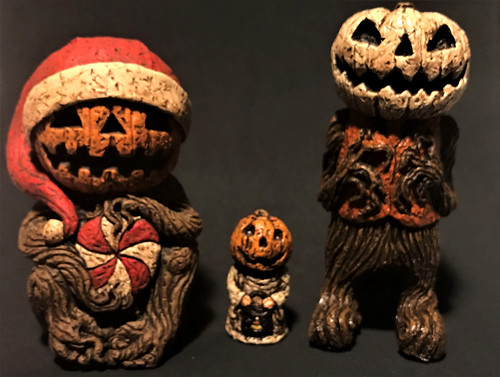 The one in the middle is about the same size as a LEGO minifig.

If you feel the need to add some Jacklings in your life (and really, you should!) visit The Cryptocurium on Etsy. You can also follow the_cryptocurium on Instagram to stay up to date on new stuff throughout the year.