Although the blog post title sounds like something the pilot of an anime mech would shout when attacking, it's actually about a beverage.

I found these last month at my local corner store. It was kind of funny, we were coming back from vacation which was Star Wars-centric (read all about it here) and we had to stop for milk on the way home from the airport. I walked into the store and there was this display. 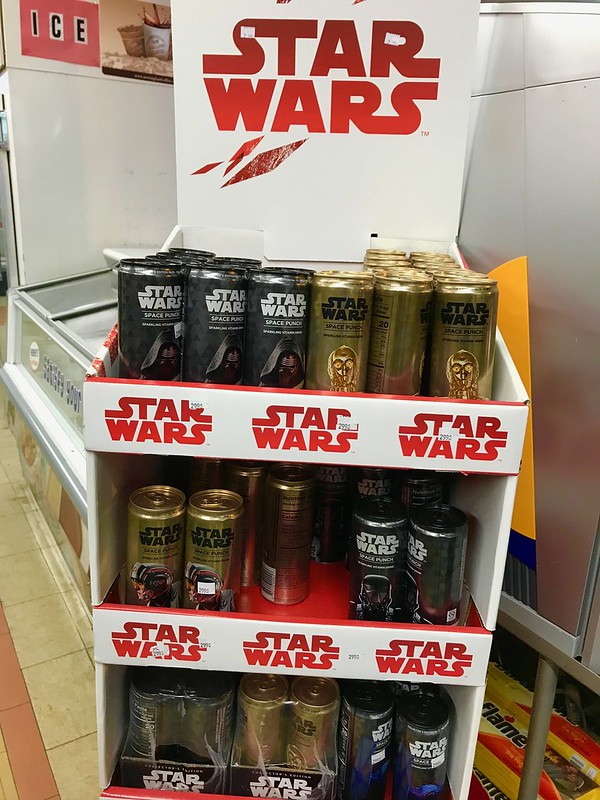 I hadn't heard of it before but being the collector person I am, I had to grab at least one of these to check it out. I picked up Poe because he was the only other light side can other than C-3P0. Sorry, 3P0. Each character is numbered but there was no checklist with the display. Poe is 20 and I definitely didn't see 19 more cans here. 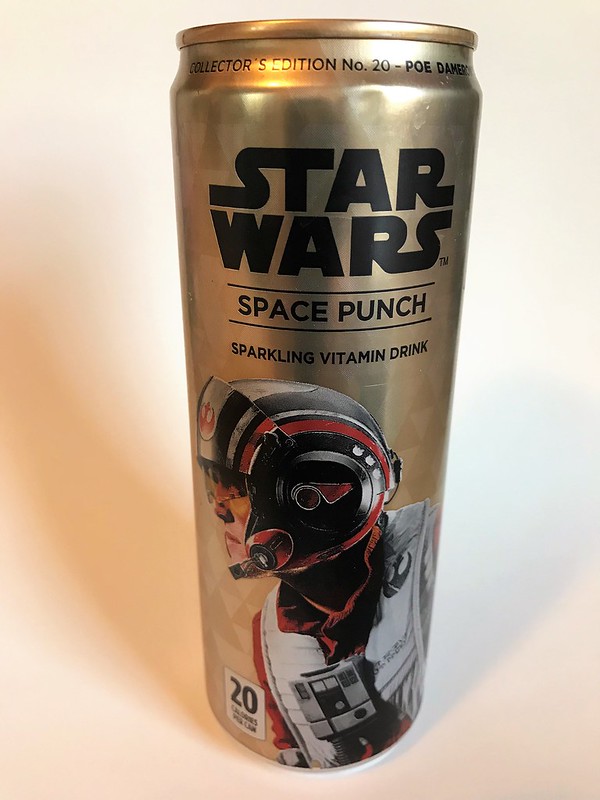 This was just before The Last Jedi was released so I presumed it was a tie-in but thought it strange there was no TLJ branding on the cans or display. Then I ended up looking at the display photo more closely and noticed that's a Deathtrooper on the second shelf and not a First Order TIE Pilot.

After a bit of Googling, I found these debuted in Europe last year and made their way to the US in October but in limited distribution. Currently, there are 20 designs with possible plans for 40 (!) more in the future. Oddly, I'm only able to find images online for 12 designs in the US right now.

The tall, thin can design would have you think it's an energy drink but it's more of a lightly carbonated fruit drink. And it's got vitamin in the name, so it must be good for you!

But how does it taste?

Not great. It's like all the juice in the fridge had a sip left and they decided to mix them all together. Having made my share of "suicide" drinks over the years I know it's fun to experiment with flavors but this...just....no. 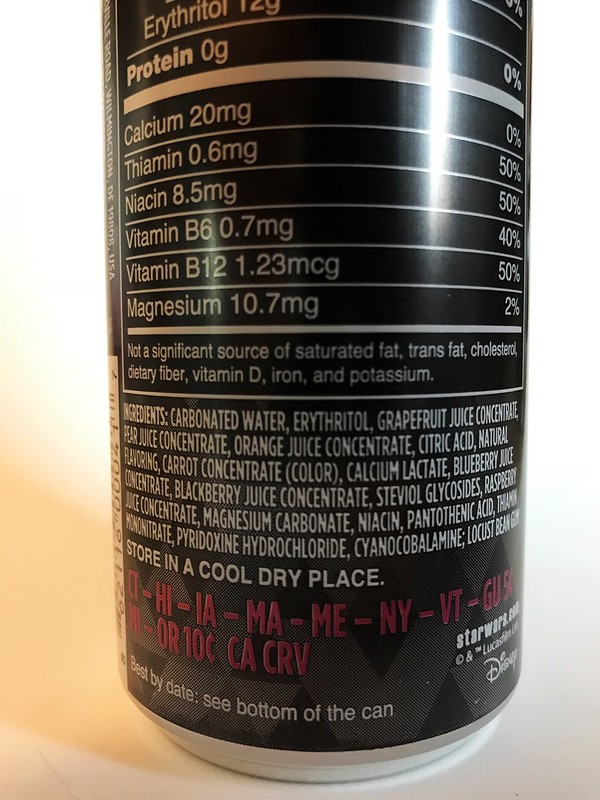 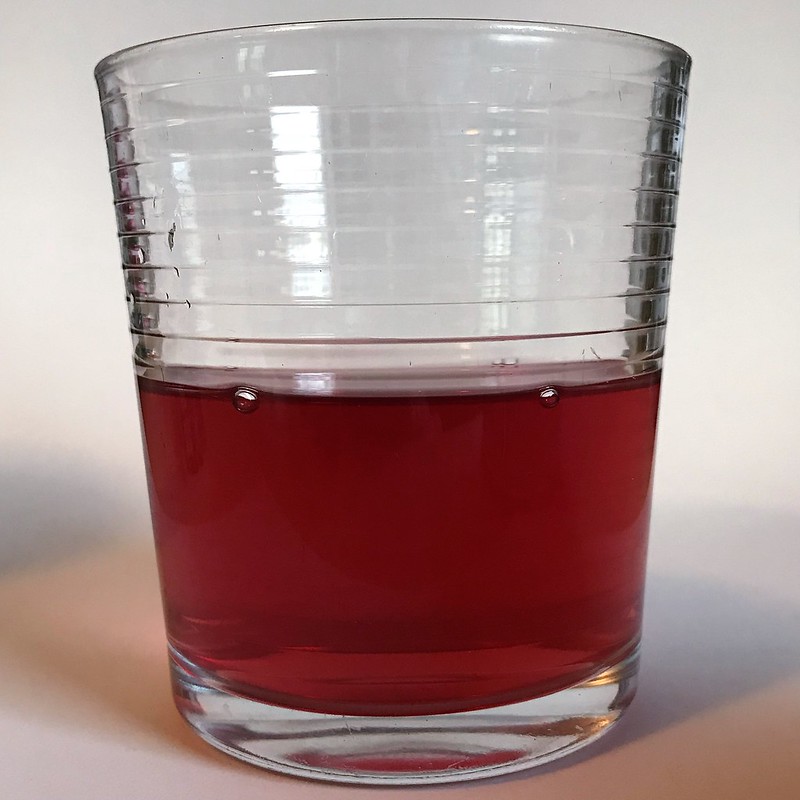 It's a blend of blackberry, blueberry, grapefruit, orange, pear, and raspberry juices from concentrate. That's too many flavors, you're just asking for trouble.

Although the drink goes down the drain, I did go back recently to see if they had any different designs and I was not let down. 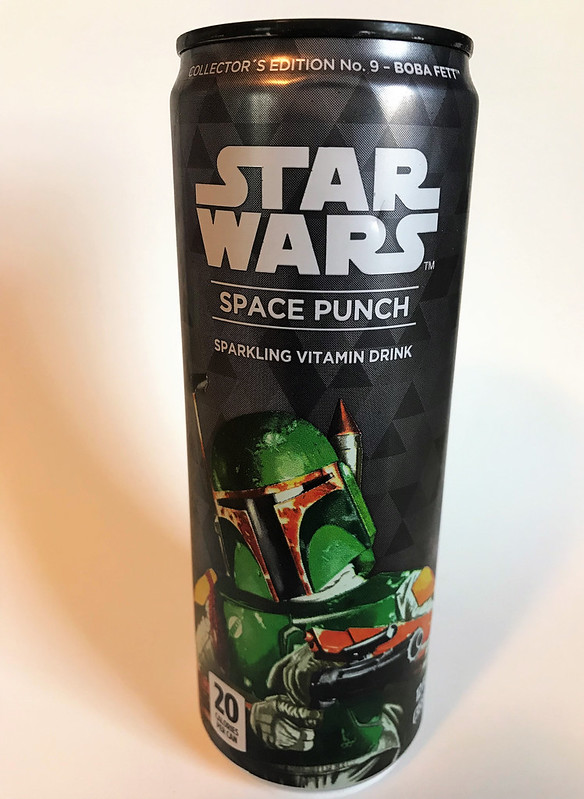 You can find Star Wars Space Punch at convenience stores, gas stations, and grocery stores. Retail varies between $2.50 and $2.99. If you really gotta have it, you can get a 12 pack from Amazon with all different designs for $38. 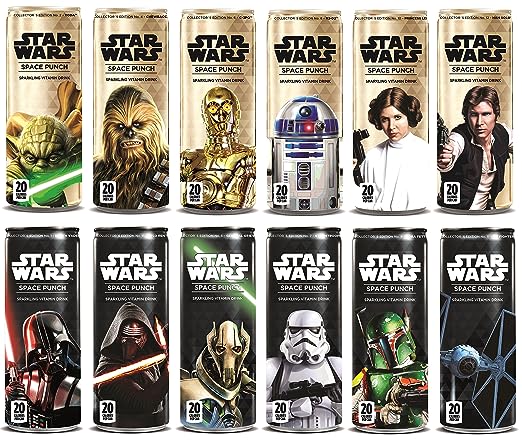