For years now I've been grousing about how Christmas seems to be taking over store shelves earlier and earlier, even before Halloween has passed. Now, my social feeds are filling up with pics of Halloween merch in late August and I've been resistant to the idea.

To me, part of what makes each holiday special is that it's relegated to a specific time of the year. Growing up in Massachusetts I always associated Halloween with fall and the end of September. Christmas wasn't something you saw in stores until the day after Thanksgiving!

It's obvious why I don't want to see Christmas in stores before the end of October, but why don't I want to see Halloween in August? Some people will tell you too much is never enough and I sort of subscribe to that but only during the right time.

Hunting for Halloween stuff is part of my holiday fun, part of what makes the Halloween season. If the entire month of September is full of Halloween, what's to look forward to in October? You're left with big box stores that could be sold out that one cool thing you wanted or places like Home Goods where there will barely be a hint of Halloween by October 1st.

And, maybe worst of all, by October you've not only seen everything but it almost becomes passé because you've been seeing it for more than a month. There's no point in browsing the merch because you already know what you're going to find.

As Labor Day is the unofficial end of summer, I'm calling the last Saturday in August the unofficial start of Halloween because that is when Yankee Candle releases their annual Halloween offerings. The start of the pre-game if you will.

As much as I'm, not in favor of the idea of things kicking off in late August, I have to admit there was a certain joy in spotting this Coke display. 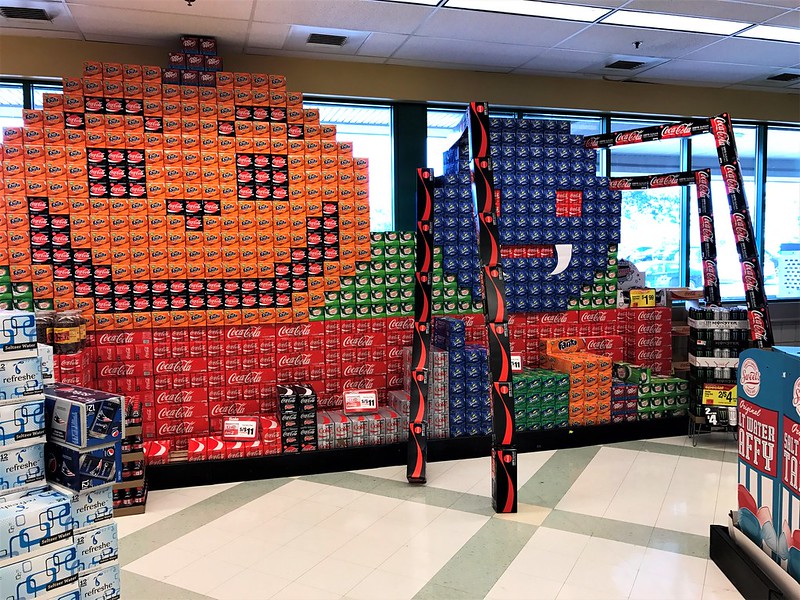 That spider is pretty inspired! 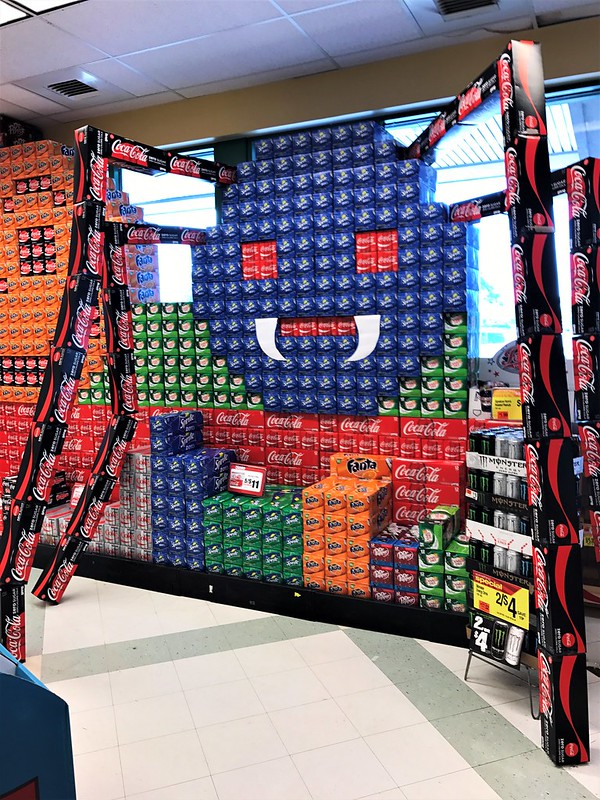 Only 62 days til Halloween but if you're really needing to scratch that itch, you have to visit Dinosaur Dracula who has already started his Countdown to Halloween. While you're there, be sure to subscribe to the Purple Stuff Podcast.

I imagine generations down the road, there will just be one long holiday season from the end of August until January where kids that don't Trick or Treat won't get any gifts from Santa at midnight on December 31st.
Posted by Dex