Wow it feels longer than two months since the last Smuggler's Bounty! This time around we're headed back to the place where it all began: Tatooine. The only place in the galaxy when you hear "Ho, ho, ho!" you  know it ain't Santa! 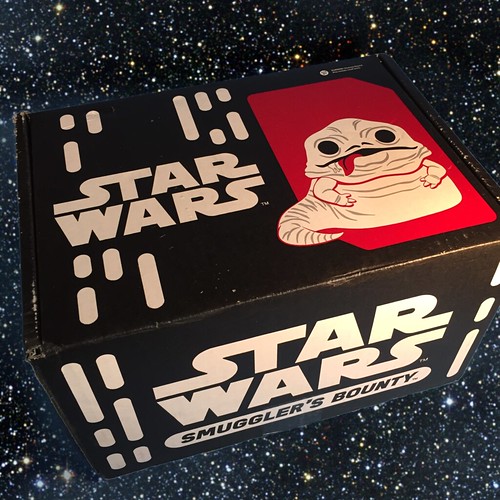 Funko has added a new piece to the Smuggler's Bounty starting this month. It's a double sided card that shows what you're getting and some fun facts about the items. 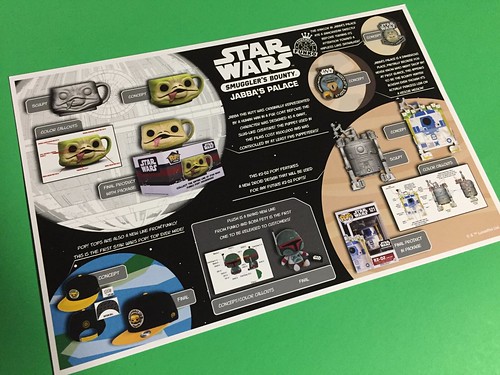 The reverse side is an ad for the next box, which is Death Star themed.
I'm really hoping for a Death Star Droid Pop figure! 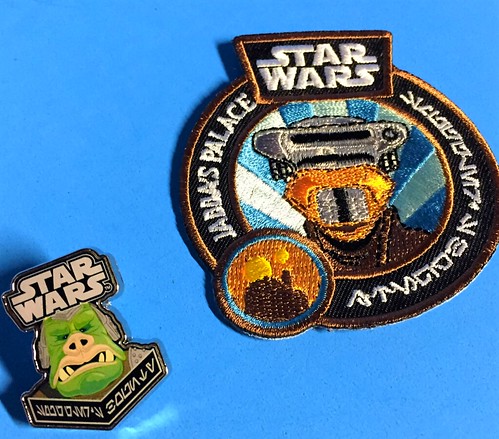 Here are the pin and patch that come in every box. I really like the little detail on the patch of the outline of Jabba's Palace against the twin suns. 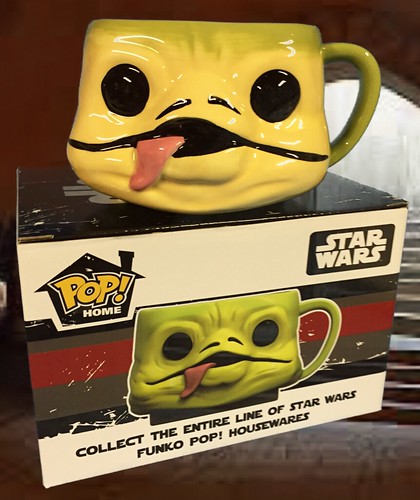 If I had a shelf running around the top of my kitchen walls, I might actually collect these mugs. There's just something about the Pop! aesthetic that makes these work. 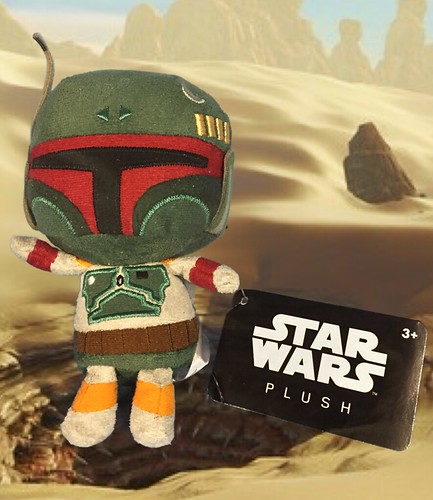 This Boba Fett plush is about 6.5" to the top of his helmet. He's the first of a new line of Funko plush figures because that's one of the few markets they haven't cornered yet! I keep hearing people say Funko will follow the path of Beanie Babies but I don't see it happening any time soon. 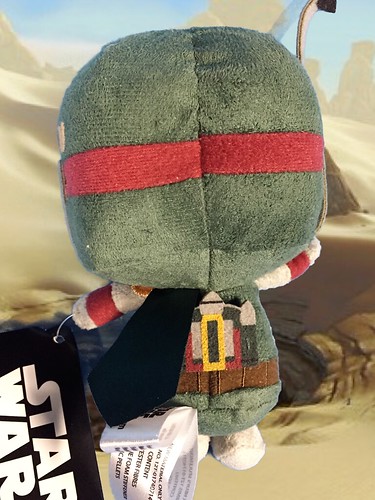 I had to show off Boba's back so you could see that he not only has a cape, but also a tiny little jetpack! It's just a flat piece of material but it's a nice touch. 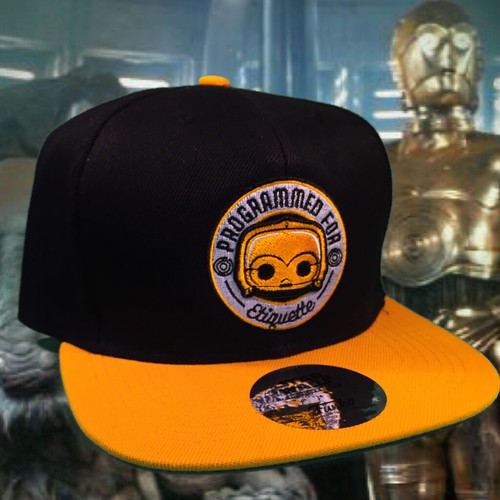 Pop! Tops are another new Funko line and just like Boba, this is the first one to be released. I definitely want to check out the characters in this line. I'm not a huge 3P0 fan and if I wear it around here, people are going to think it's a Bruins hat. 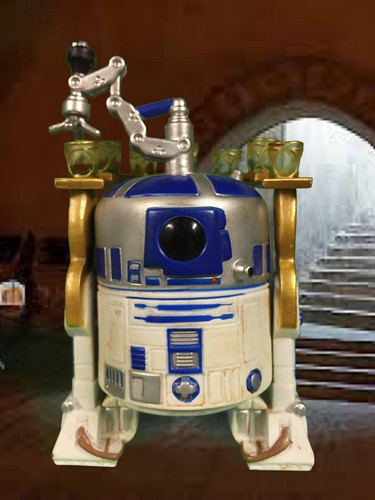 Finally, we have the exclusive Pop! Vinyl figure: R2-D2 drink server. He does have a base but I thought he'd look better in the pic without it. He does have a little bobble action going on too. You might be thinking he doesn't look as nice and shiny as he normally does. They gave him a brown wash to dirty him up, but you'd have to view the original image and zoom in to see the detail.

They did a great job with the serving tray and glasses. The dispenser on his head makes him look like a keg droid!

Overall, this was a pretty fun box and not one I'd be dropping in the Rancor pit. If you want to get in on the fun, head over to the Smuggler's Bounty site and sign up.
Posted by Dex