Back over the Memorial Day weekend, we took a weekend trip to New York. One of the places we visited was the 9/11 National Museum & Memorial. We were there for about two hours and we still didn't see everything there was to see! 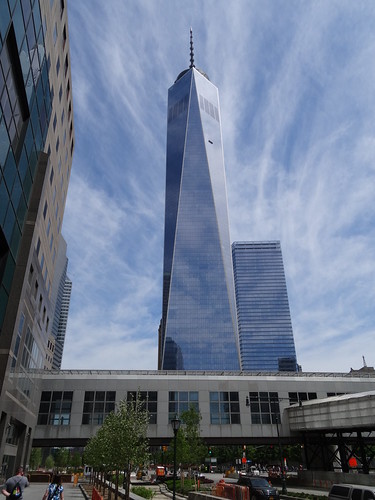 This is the new One Trade Center building, also known as Freedom Tower. 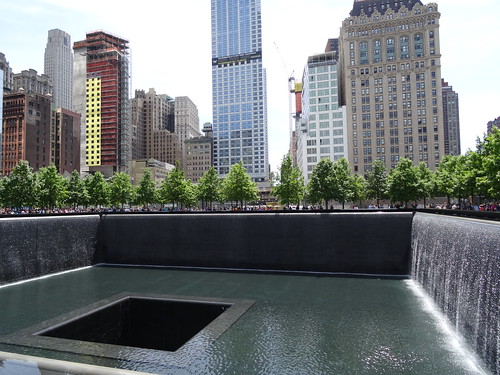 In the places where the twin towers previously stood are memorial pools. The names of those that were lost that day are engraved all around the edges.

The museum is below street level and is enormous. Not just in the fact that there is so much to see, but also in the size of the exhibit area. 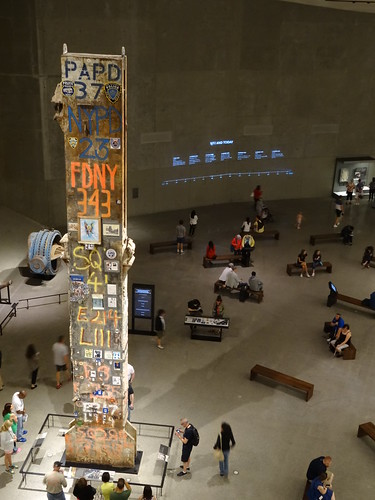 This is "The Last Column." It was chosen to symbolically mark the completion of the recovery of the site. A ceremony was held on May 30, 2002. Before it was removed from the site, recovery workers, first responders, volunteers, and victims' relatives signed it and attached memorial messages, pictures, and other tributes. 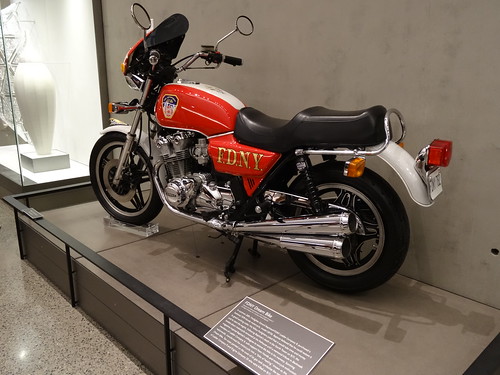 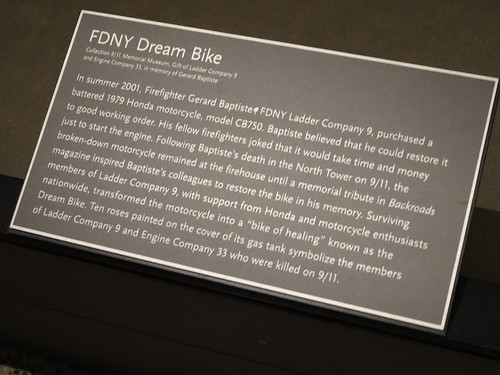 There are a number of personal stories around the museum. 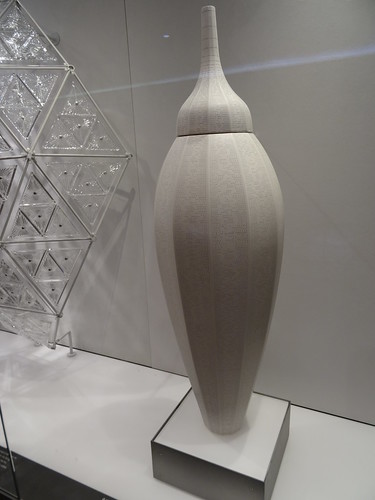 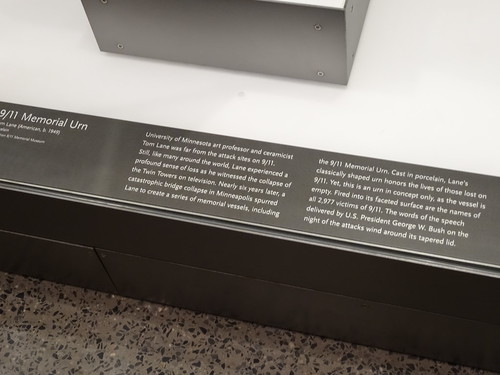 And here's a closeup of the urn. 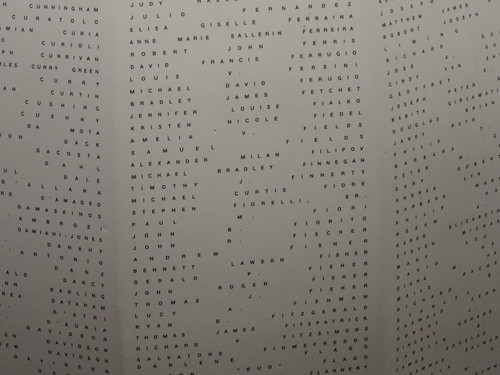 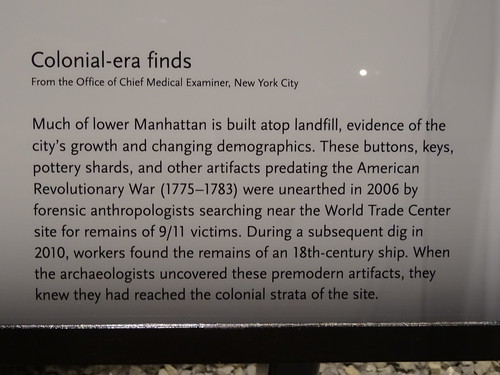 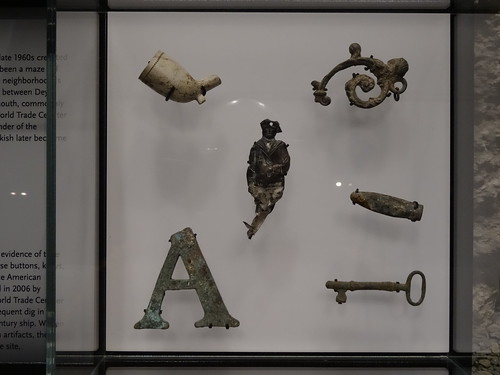 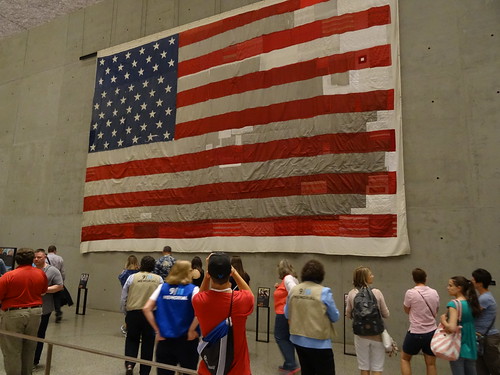 This is the National 9/11 Flag. Of all the things in the museum, this was the most incredible. There's an entire website dedicated to it but I'll try to give you the TL;DR version.

The main body of it is the flag that was flying over the WTC on 9/11. It went on a national tour where victims of other tragedies, veterans, students, local heroes, and many more helped restore it.

It includes threads from the original Star Spangled Banner that flew over Ft. McHenry that inspired the song and an American flag bunting that was laid over Lincoln after he was shot. It really is not just an amazing piece of history but a real testament to the strength and spirit of our country. If you check out the flag's site, there are stories from nearly every state.

If you ever visit NYC, plan a trip to the museum or at least visit the Trade Center plaza.
It's a very humanizing experience.


If you're interested in my own experience on 9/11, you can read that here.
Posted by Dex