A quick note before the Main Event: Summer Swap 2015 is still going strong and I'm expecting a real live blog post from one of the gang soon.

Look, out on the porch!
Is it a bird?
Is it a plane?
Don't be stupid, how would a plane get on my porch?

It's Loot Crate!
And for the first time since I've been getting it, they're revisiting a theme.
This month is Heroes 2.

Get your atomic batteries to power and turbines to speed, because we're off! 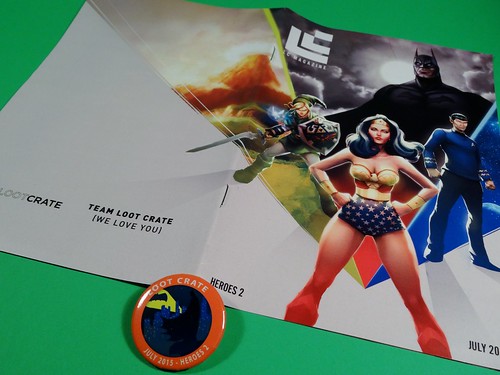 This month's mag features a brief history of Batman and Wonder Woman and an interview with Jon Schnepp, the man behind the documentary "The Death of Superman Lives; What Happened?". I'll tell you what happened, that movie not getting made probably saved the future of super hero cinema. I do want to see the documentary because my brain can't even comprehend a Tim Burton/Nic Cage Superman movie. 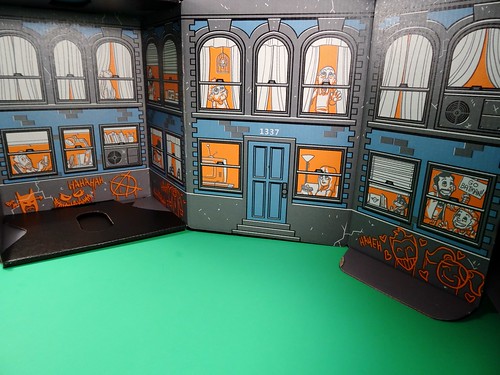 The inside of this month's Crate is a pretty neat slice of a Gotham city block. 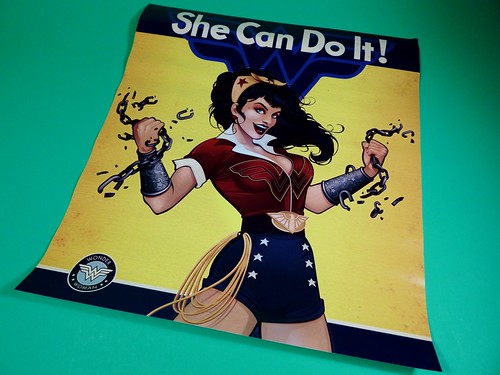 I really like this mini-poster featuring the "Bombshell" version of Wonder Woman. I like WWII art and alternate timelines, so I just may check out the new DC Bombshells comic coming out soon. 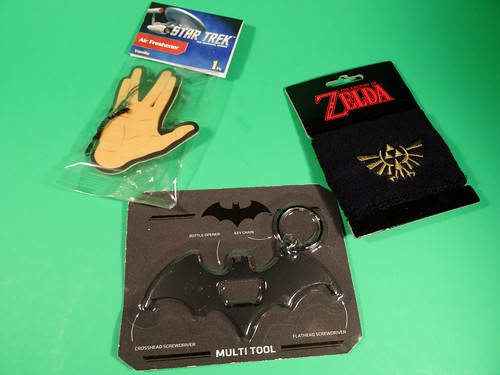 In case you were wondering, Spock smells like vanilla. To ensure you keep a good grip on your sword, there's a Legend of Zelda wristband. Holy Bat-Gadget! This bat-shaped key chain has a bottle opener and Phillips and flathead screwdrivers. Although I think I'd rather keep this pointy thing in my utility belt than a pants pocket. 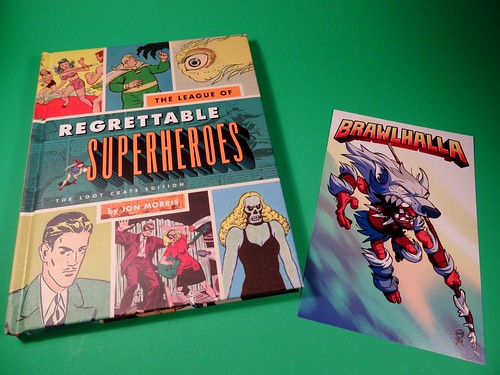 Next is a promo code for the video game Brawlhalla, which is like a Super Smash Bros game with cartoony fighters. It's currently in Beta and you can sign up here. I signed up yesterday and got my access code today so I'll be checking that out as soon as I wrap this up!

The League of Regrettable Superheroes is hands down my favorite item this month. This Loot Crate exclusive version is only about half the length of the actual book, but it's still packed with comic goodness. The Golden and Silver Ages had quite the variety of unusual characters. You can read a great interview (including lots of pics) with the author here. 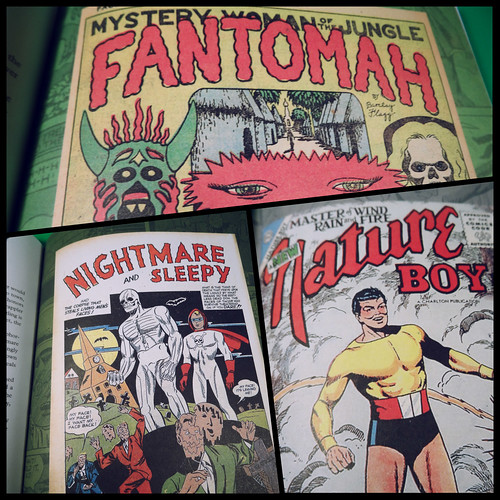 Here's just a few of the featured heroes. Ok, I have to admit I kinda want to find some issues of Nightmare and Sleepy! The book doesn't just stick to the heroes of yesteryear, it gets a little more "modern" with characters from the 80s. Remember US 1? It's ok if you don't, I had forgotten all about it before seeing this book. 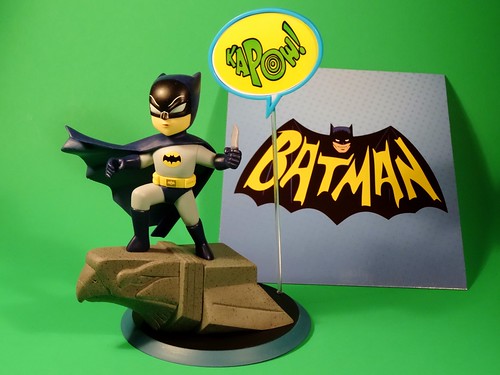 Delivering the final punch, is this Batman Q-Pop statue from Quantum Mechanix. This is another Loot Crate exclusive. The "normal" version is more comic-based and this one is sporting the Batman '66 duds. The Kapow! sticker comes off and you can make him say whatever you want with the included dry erase marker.

All in all, not a bad Crate. Because it was so DC-centric, I feel that I need to rate it on a Batman scale. I give it a solid Val Kilmer.

The folks at the Halls of Loot provided me with these goodies in exchange for review and promotion. If you'd like to score sweet swag every month without resorting to a life of crime, you can sign up at Loot Crate with code AEIOUwhy to save 10% on your subscription plan.
Posted by Dex