Just wanted to pop in for a quick post-Halloween wrap-up.

First, thanks to everyone that participated in the Halloween Web interview series. I know a lot of you had fun recounting Halloween memories and it was fun for me (and the readers) to see so many great takes on the questions. There was such an unexpected (by me) turnout that I didn't get to post on some of the Halloween goodies I picked up in October! Those will either trickle out over November or I may hold on to them for Creepmas, which is only a month away.

Second, thanks to the readers! Whether you just found the blog from the Countdown to Halloween or you're a long time reader, thanks for stopping by!

I didn't really mention it in my self interview but part of my ritual is putting on some Halloween music (usually our cable's "Sounds of the Season" station) and making up the treat bags to be given out. I found a new friend to help me this year. He wanted to make sure someone checked the candy. 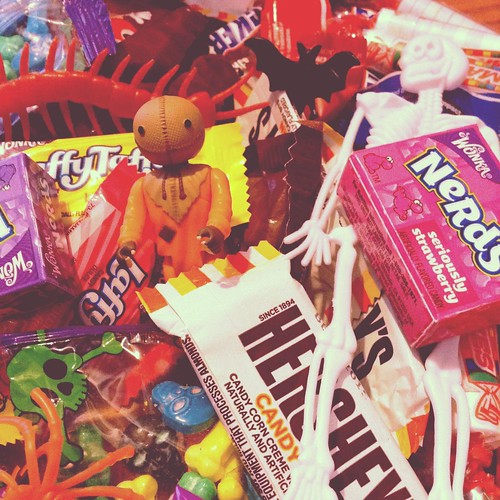 Around 4:30pm a woman I didn't know showed up knocking on our door. She said she and her young sons were getting ready to go out soon and wanted to know if Freddy would be around! You may recall from me interviewing myself, that my stepdad inherited my Freddy costume when I took up the mantle of the Creep. Every year he becomes Freddy and wanders the neighborhood while we tend the trick or treaters before going into Salem. He's usually not out and about until it gets a little darker, but he's not one to turn away fans! 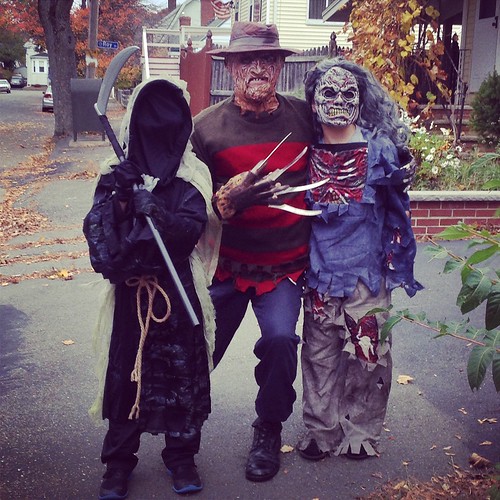 It was definitely an odd night for trick or treaters. We've been getting more every year but it was very slow to start this year. I don't know if people were waiting until it got darker/later because it was a Friday night but they did start coming eventually. One of the best costumes was the Headless Horseman, the version from TV's Sleepy Hollow. I wish I'd taken a pic, it was pretty cool!

As it got close to the time we were leaving, of course more and more kids started coming! I almost wish our town would do trick or treating on a scheduled day and time that wasn't Halloween night so I could see all the kids and still get to haunt Salem.

Salem also seemed a bit under populated this Halloween. You'd think on a Friday night it would be really packed! If you're a Salem Halloween vet like me, you could tell there was noticeably more room to move around than previous years. Here's a few of the shots my wife was nice enough to take. In my costume, not only can I not see clearly more than 20' in front of me, I can't operate the camera! 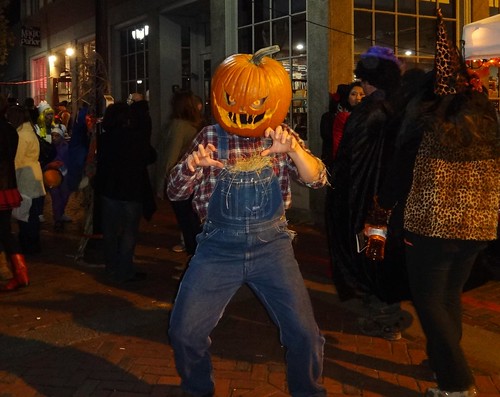 I have to give this guy some major points for putting an actual pumpkin on his head all night! 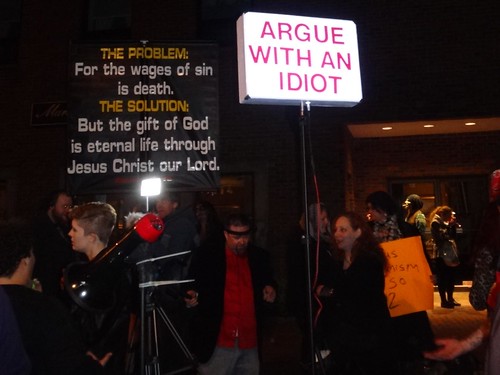 One thing Salem is never short on Halloween night are religious people that want to tell you that you're going to Hell for celebrating Halloween. Because if it's one thing a city famous for persecution needs, it's more close-minded people. At least one of their signs is correct... 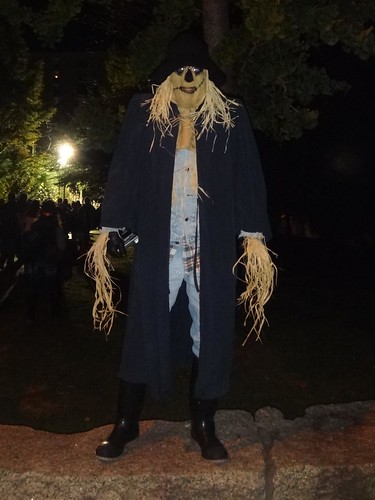 I wish I'd seen this costume in person! I was shocked looking at the photos to see someone did Dr Syn, the Scarecrow of Romney Marsh. 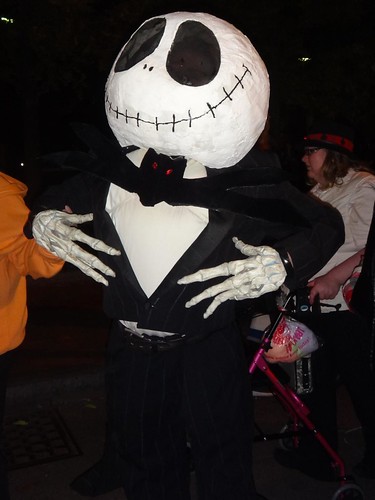 It wouldn't be Halloween without the Pumpkin King! 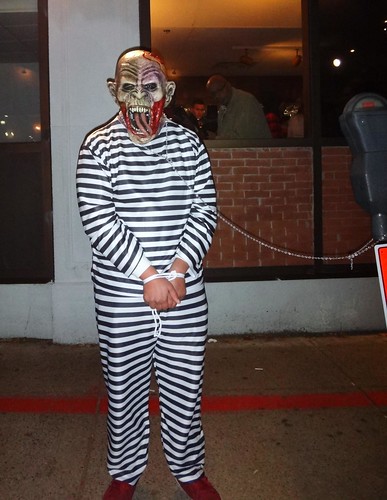 Love that this thing was tied to a parking meter. 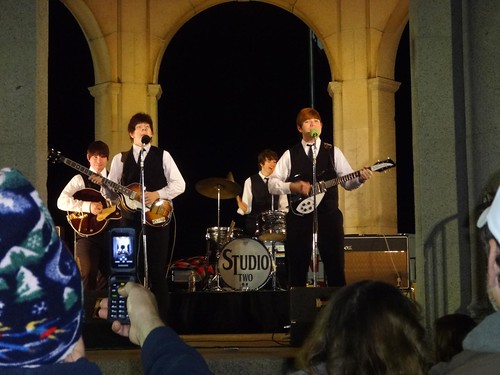 There are a few live bands that play at various locations around the city.
This Beatles tribute band performed on the Salem Common. 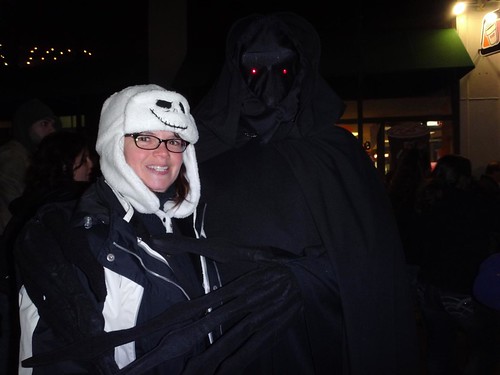 
There's quite a few more pics on my Flickr page to check out.

And I also found this 15 minute YouTube video someone made walking down the pedestrian mall. It's not the best, but it will give you a little idea what it's like in Salem on Halloween.