To celebrate the 40th anniversary of The Empire Strikes Back, I wanted to reminisce a little about the greatest sci-fi adventure. 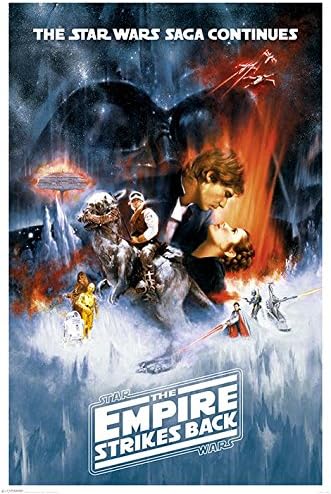 I grew up watching Creature Double Feature on Saturday afternoons and while there was a good mix of Godzilla flicks in there, I think ESB was the first real sequel I saw that continued the adventures of another movie. I"m not 100% sure but I think the first time I saw a trailer was in front of Moonraker (also my first Bond). If it had to so with outer space, I wanted to see it! I can't even convey to you the sense of how much 9 year old me was blown away by the trailer! Not only seeing the characters I loved coming back but all the new stuff. I didn't even know the name AT-AT yet but they were damn cool!


The Music
While the Star Wars main theme is certainly iconic, there's no denying that the Imperial March has become "the Star Wars song". Even people that aren't familiar with Star Wars (who ARE these people?) know it just like everyone knows the Jaws theme. Another reason I love the soundtrack is that the March's influence is felt in other tracks. When CDs first came out, this was the first one I bought. It was also the first CD I played in my first brand new car.

The Places
Okay, Dagobah doesn't bring much to the table aside from Yoda. Hoth is pretty much an ice cube but I love just about everything there from cold weather outfits to Probe droids. The Battle of Hoth is one of the best sequences in all of Star Wars. But Bespin? Out of all the locations in all the movies, that's the place I'd move to if I could. You know, when it's not under Imperial occupation. 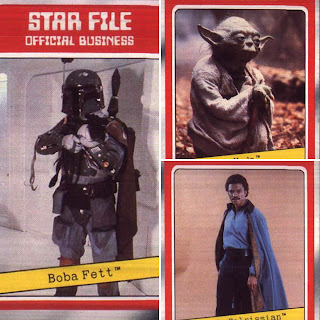 The Characters
There were only a handful of new main characters but they make up for quantity with quality. It would take a few more years for me to fully appreciate Yoda's wisdom. I remember turning to my dad and asking him what "That is why you fail." meant. Lando was kinda cool but also a bit on the shady side. 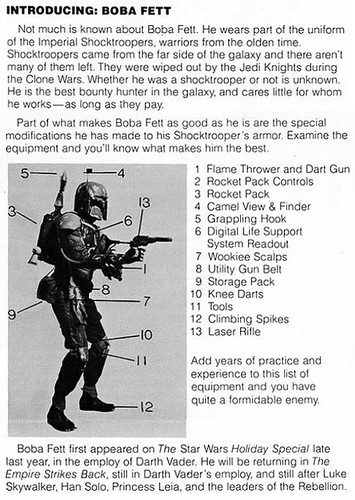 Boba. Fett. So much hype for him even before the movie from his animated appearance in the Holiday Special to the mail away figure and articles like the one here. Imperial Shocktrooper that wiped out the Jedi? Bounty Hunter? Who was this guy and what's with the cool armor?


The Toys
OMG the toys! That mail away Boba Fett before the movie even came out was everything! Even though I had the AT-AT, it was always the smaller vehicles like Slave I or the Cloud Car that captured my imagination (again going back to Bespin). The new mini-rigs gave us a peek at what might be just off screen. I still wish we'd gotten a Kenner Carbon Freeze Chamber playset.

I remember having to go to a toy store in another state to get the Yoda figure after he was released. Sure it was probably easy enough to find down the road but when you're a kid, you had to have it!

The Fast Food Tie-Ins
Fellow fan Richard Woloski over at Skywalking Through Neverland has a great piece up spotlighting the Burger King and Burger Chef Empire promo items which is sure to give you some warm fuzzies.

The Speculation
Who was the other Yoda mentioned? Couldn't be Han, right? Leia? I dunno. A character in the next movie?

Wait, what? Vader's gotta be pulling Luke's leg, right? There's no way he's really his father, that's insane! This was the talk of the playground for the next three years.
Kids today will never understand.

Feel free to share your Empire memories in the comments!

I've also shared some Empire poster magazines over the years.