Thanks to Entertainment Earth having a BOGO 40% off sale on Aquarius stuff, I got two new decks of cards! Sadly, most of their Star Wars cards are out of stock, including this really cool one, but the ones I got are pretty great.

Doctor Strange is probably my favorite Marvel character. Before I really got into comics as a teen, I had a pair of pocket sized collections of his earliest adventures and that's really where my love for him got it start. I read those things so many times! I even kept a notebook of all the spells/incantations he used. Nerd alert! 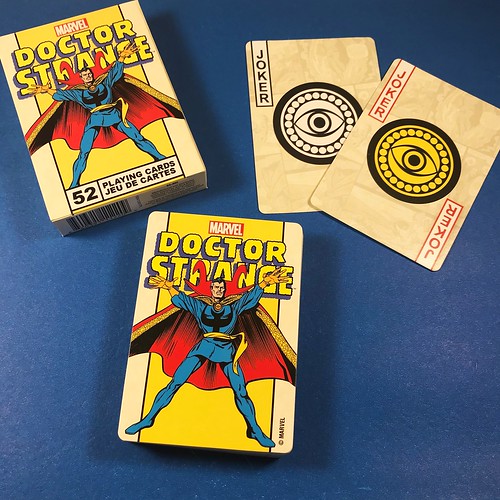 I would have picked these up no matter which era of Dr. Strange they focused on but they lean more toward the early 70s stuff. Would I have preferred more classic Ditko art or art that covered the span of Strange's appearances? Sure, but this era is classic for me. I would have done something different for the Jokers, maybe had one of the Eye of Agamotto cards be closed or the Seal of the Vishanti which is the symbol on the large window in his Sanctum Sanctorum. 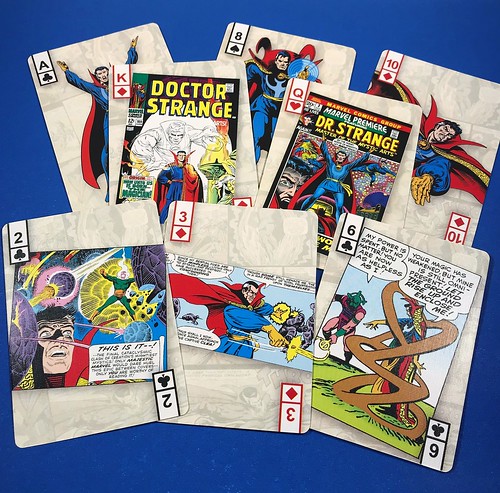 They use an assortment of comic covers, comic panels, and portraits of Strange. Some panels include his long time foes Baron Mordo or Dormammu. No Nightmare or Mindless Ones though, what up with that?

Okay, who out there is good at math? In this 52 card deck, there are 25 different pieces of art used. How did they manage that, you ask? Not only do they repeat art between suits, they used one image for four cards! 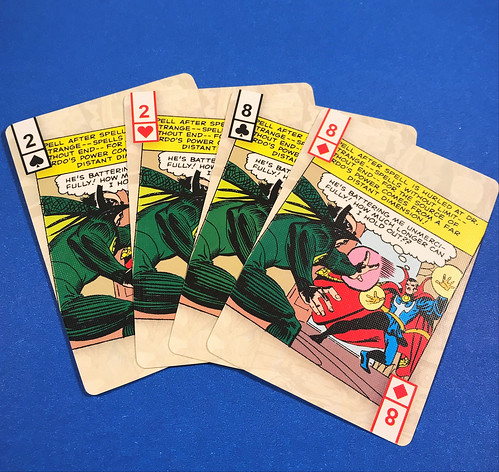 Maybe they only had so much budget for different pieces of art? Who knows, but unless you're a weirdo that collects playing cards, you might not even notice it.

Tune your crystal ball in on Friday to find out what the other deck is.
Posted by Dex