Need something to pass the time on your next road trip to a spooky castle? 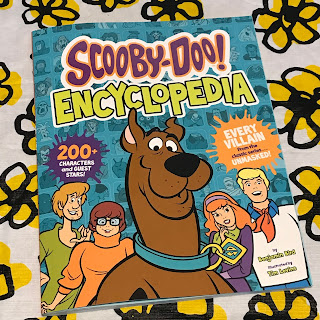 The Scooby-Doo Encyclopedia was released just last year and thanks to Reis O'Brien on Instagram, I know it exists! I also pretty much inst-ordered it after seeing his post. This book is packed with all kinds of Scooby-riffic stuff!

Let me start by saying I wouldn't call this an Encyclopedia. If you were to flip through it in the store, you'd see it's really more of a character guide. I know Scooby-Doo Character Guide doesn't quite roll off the tongue. Maybe Scooby-Doo Case Files? Do kids even know what an encyclopedia is? 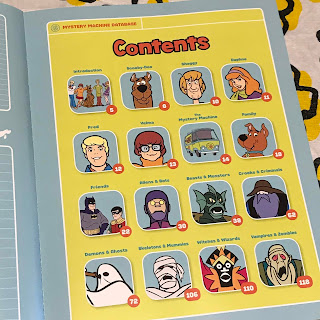 It's broken down into several sections. Each of the gang and the Mystery Machine get their own entries. Then there's a few pages on family (including a Doo family tree!) and some notable friends/guest stars. 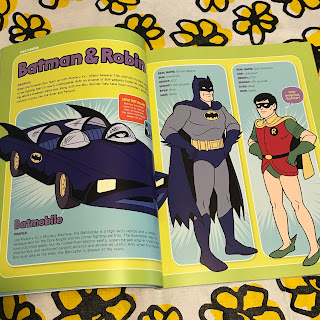 Then it gets into the really good stuff: the villains! The cover claims to contain every bad guy from the classic series. I'm no Scooby-phile so I can't verify that, but considering each of the 93 pages has multiple entries, I'm going to take their word for it. 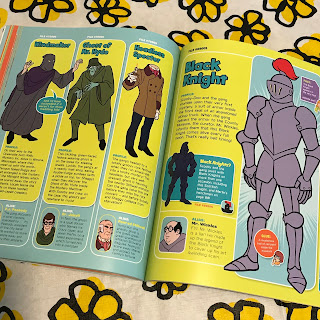 Every once in awhile, one of the gang will pop up in a bubble to provide a tidbit related to the entry. Shaggy tells jokes, Velma provides case breaking clues, Daphne give facts, Fred talks about the location, and Scooby naturally talks about snacks.

For better or worse, the book also includes The 13 Ghosts of Scooby-Doo. On one hand, you have Scarppy-Doo but on the other you have Vincent Van Ghoul who was voiced by Vincent Price. I can tolerate a lot of Scrappy-Doo if Vincent Price is involved! 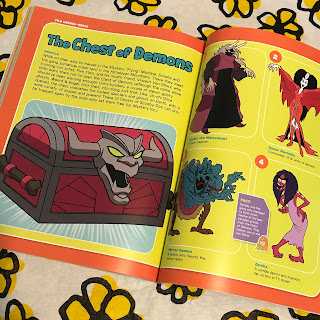 If I had to nitpick the book, my one quibble (how often do you get to use that word?) with it would be that it doesn't give any reference to the episode in which the baddie appears. Yes, I know we live in the internet age and there's probably a Scooby-Doo Wiki that can get me the info but it would have been nice to have that info in the book.

That very minor thing aside, this is a really fun book for Scooby fans of all ages. While flipping through it I found plenty of classic favorite villains as well as quite a few that I didn't recognize, which is why I'd like it to have episode information. The last page even has a recipe for Scooby snacks!

You can pick up the Scooby-Doo Encyclopedia on Amazon for just $7!
Like, zoinks, that's totally worth it!
Posted by Dex