There's been a recent explosion of news regarding it being the 30h anniversary of the movie Labyrinth this year. Or maybe it's been trickling out slowly and I just found out about everything all at once. Either way, I'm bringing it to you in case you missed it. 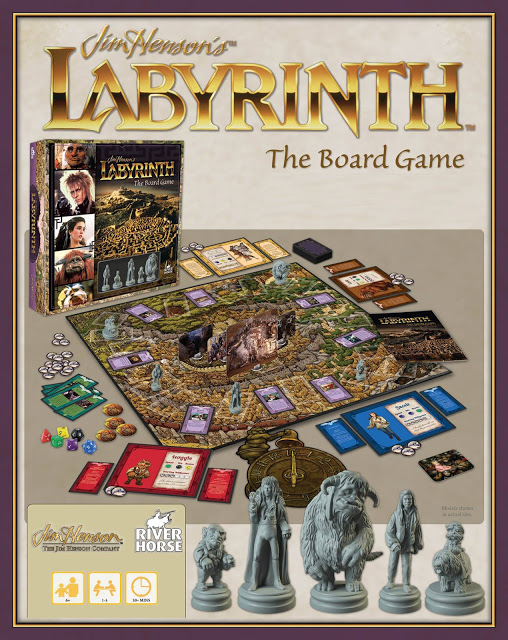 First up, the Labyrinth board game from River Horse Games is up for pre-order. The game will set you back $50 USD. You can order directly from the game company's site or from CoolStuffInc (which is currently out of stock) for $32 USD.

If you've got an hour to spare, here's a play through video so you can see it in action.
Also, if you leave a Labyrinth limerick in the comments of this video, you could win a 3-Up Jareth figure.

There are three comic collections coming from Boom Studios' Archaia imprint.
You can read a great interview about those at EW.com.

Jim Henson’s Labyrinth: Tales in September
This book takes you into the lives of some of the Labyrinth's notable inhabitants including Ludo, Hoggle, and Sir Didymus. It will be similar to the 30th Anniversary Special but be in a more kid-friendly format.

Jim Henson’s Labyrinth: Artist Tribute in November.
A whole bunch of artists provide their own illustrations and testimonials.


Then, in October, we have Labyrinth: The Ultimate Visual History. This is the one I'm really looking forward to the most! It promises interviews with cast and crew, concept art, some of Henson's notes, and plenty of behind the scenes goodness. 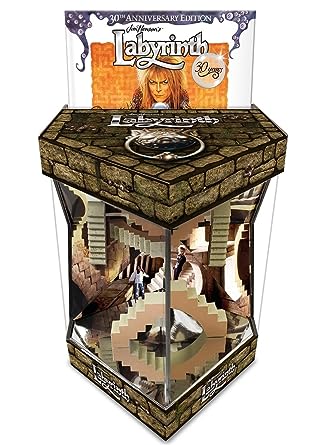 As to be expected, the film is getting a home video release with new content on September 20th! There's also an Amazon exclusive package that looks totally amazing (above). However, I don't know about schilling out $75 to get this multi-format set. I'll probably stick with the BluRay which will have all the same features.

And the icing on this absolutely delicious cake is a theatrical re-release set for September 11th-14th. I don't know about you, but I'm ready to Magic Dance my butt down to the local movie house! Baby slapping optional.

I would not be surprised to see more Labyrinth related merch hitting the shelves over the summer.
In fact, I'm hoping for it!
Posted by Dex