Disclaimer
Loot Crate supplies me with this product in exchange for review/promotion.

Unfortunately, October's Loot Crate theme was not horror/Halloween related so I had to put off this review until now. On the plus side, it's one of the most bodacious Crates I've received in awhile! Station!

October's theme was Time, so it's kind of fitting that we're talking about October in November! It's like we're going Back in Time! No? Stretching too much? 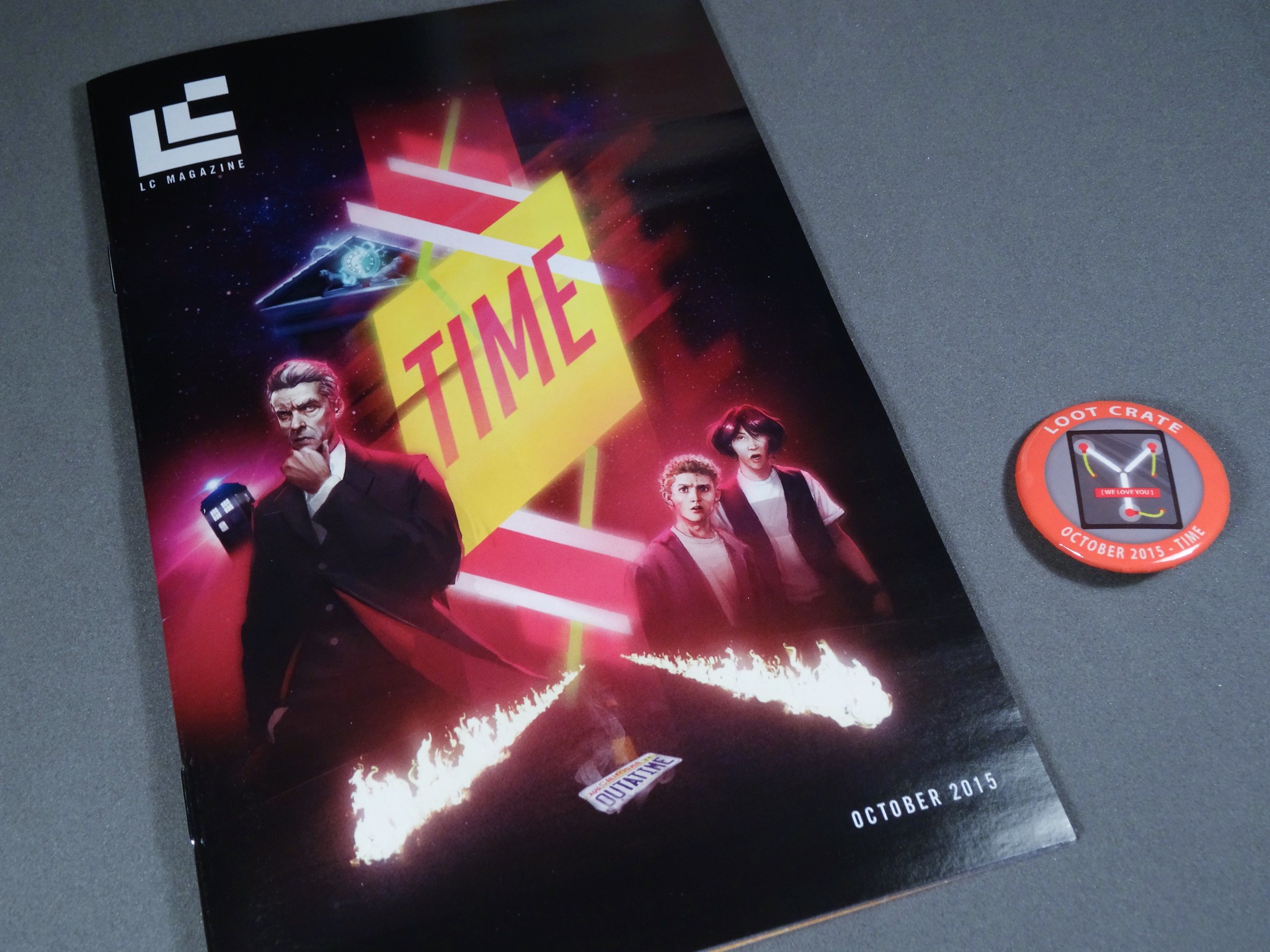 Anyway, to get things rolling, here's the monthly magazine and button. I love that the cover brings together the top three (to me anyway!) time travel franchises. Contents include tips on cosplaying the time travelers, interviews with some of the folks that make Loot Crate happen, and a tri-page foldout featuring the DeLorean license plate on one side and an elaborate flow chart on the other to help you figure out which Doctor would fit your tastes. 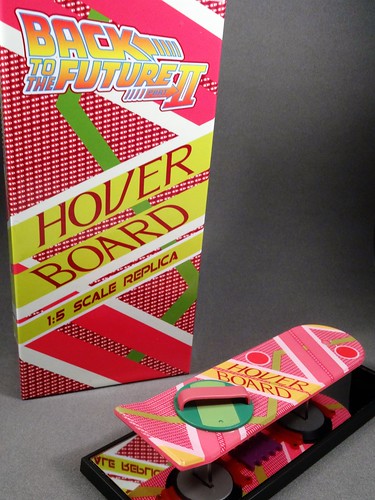 This 1:5 scale Hoverboard might not actually work but it's still pretty darn cool! They did a fantastic job on the details with this and it was a great design decision to put it on top of a mirror so you can see the under side as well. I have to wonder why they didn't make the stand parts out of translucent material so it would have more of a hover look to it. 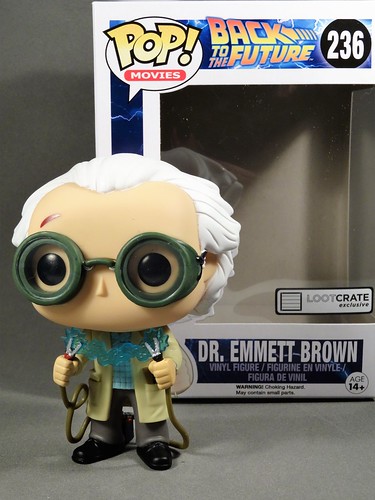 Jump starting this post up to 1.21 gigawatts is a Loot Crate exclusive Doc Brown Funko Pop. These figures are normally adorable anyway, but the goggles make Doc extra cute. And look at that, he's missing an eyebrow. 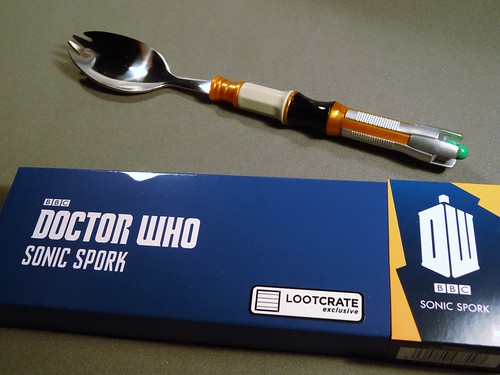 Because even Time Lords need to eat, we've got a Sonic Spork! The handle is fashioned after the 11th Doctor's sonic screwdriver. It doesn't do anything fancy like light up or make noise but I don't know what you expect from your spork other than it functioning as a spoon and/or fork. 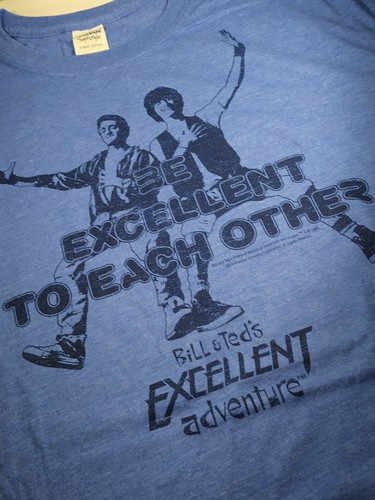 Rounding things out is this excellent shirt. Sadly, it seems to be an athletic fit shirt. Totally bogus since I would wear the heck out of it! 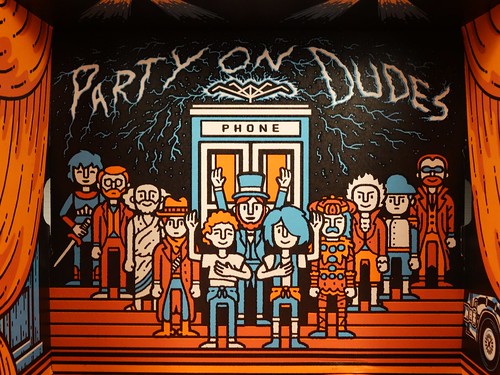 Speaking of excellent things, check out the interior of the Crate. It's not one of the complex interiors where you have to reconfigure the box but the graphics are awesome! I'll be adding this into my rotation of desktop wallpapers. If you look on the sides, you can see a couple of familiar vehicles behind the stage curtains.

Rating this Crate on a speedometer, I'd say it gets up to around 80 out of 88 mph. I'm only dinging it a little for the fit of the shirt because I can't wear it.

You don't have to play games with Death to get your own box of geeky goodies every month. Just head over to Loot Crate and subscribe using promo code AEIOUWHY for 10% off any subscription plan of your choosing

Until next time, be excellent to each other.
Posted by Dex