The Swap Box made it's most recent stop in Terre Haute having travelled around 6900 miles! This stop was hosted by Morbius Kromwell. He's a fellow Halloween fiend and occasionally posts some fantastic mixes over on Gravecast.com. Here's some of the ghoulish goodies Morbius swapped in. 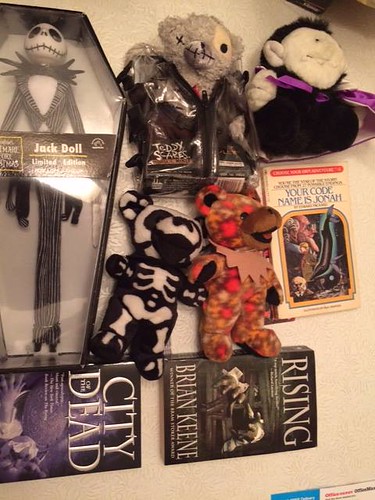 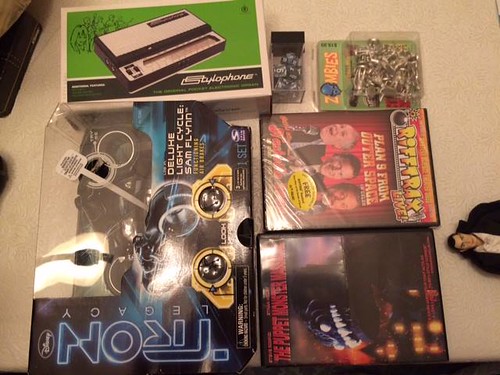 Morbius took Drac out and about for a few days.
Here's some of the highlights of his travel journal.

Drac was a day late in arriving and was pretty tired from the trip. He met a couple of friends of mine and they seemed to hit it off. 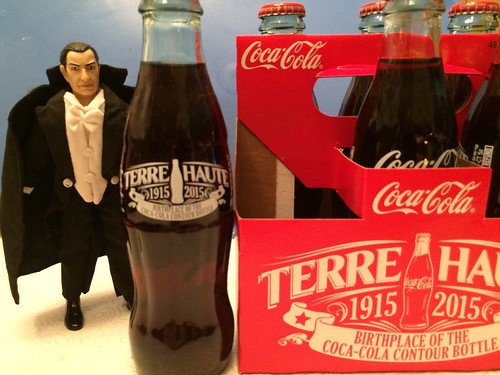 My home town was the birthplace of the coke bottle. I offered Drac some special edition bottles but he told me he never drinks…Coca Cola. Maybe he is a Pepsi person.
I was a little embarrassed. 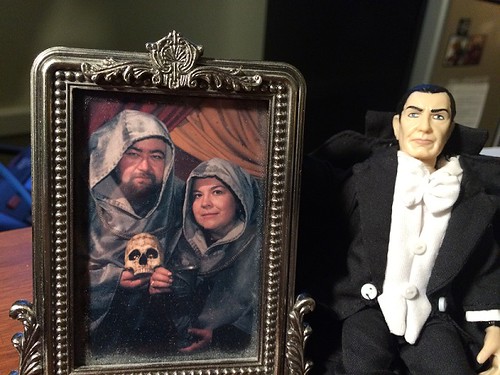 A photo with Drac and my wife and I in our casual wear.
He said it made him feel “Velcome.” 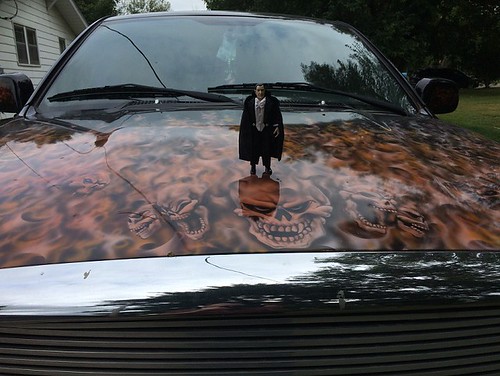 Drac liked my Halloween themed Truck but couldn’t drive it without a license. He thought it was “Wary nice.” It was a bit sunny out and the SPF 1,000,000 didn’t help much so he spent most of the day inside. 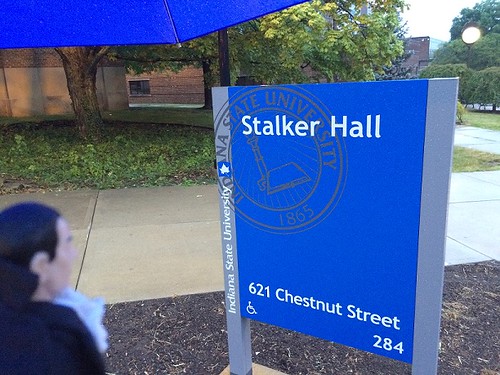 Day 2
How nice that “Take a Vampire to Work Day” in our town was a dark and stormy day. You couldn’t have asked for anything better. He thought that the fact that my office is in Stalker Hall was “most appropriate.” 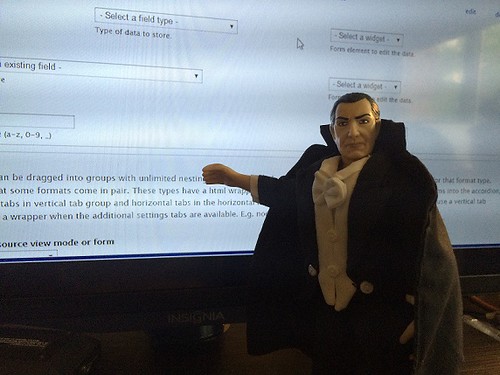 Drac pointing out an error I made in my Drupal programming. He said he is very familiar with webs and gave me a nice story about spiders. He said a former employee was quite the expert on the subject. Wow, he will chew your ear off if you let him. 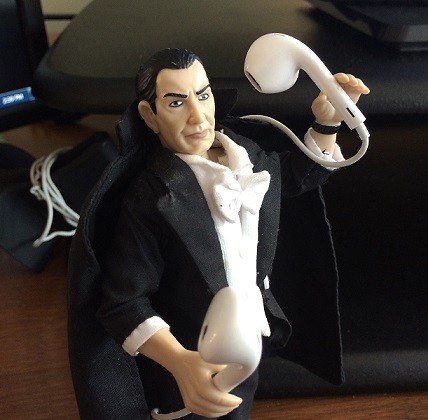 Day 3
Drac was a little bored the next day. He wanted to listen to some music. He asked about a band called Children of the Night but I didn’t have any of their stuff. He also had some issues with the ear buds. 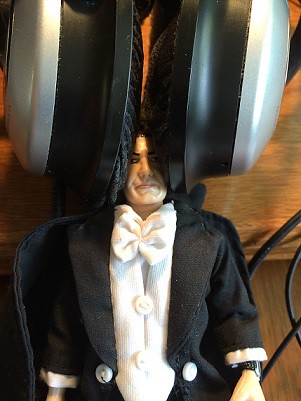 We found some better headphones and he was happy listening to music.
He loved my Halloween sound effects collection.

All in all, it was a nice visit. Drac really loves watching old horror movies. He especially loved Tim Burton’s Ed Wood. I guess he is quite the fan of Martin Landau. Thanks for letting me invite you into my home, Count. You are always welcome to drop in whenever you like. I hope the next person to get the Drac Pack finds his visit as delightful.
Posted by Dex