This past weekend was the annual Salem's So Sweet Chocolate and Ice Sculpture Festival. Despite temps in the low 30s and the occasional 15-20 mph wind, I went to check it out. 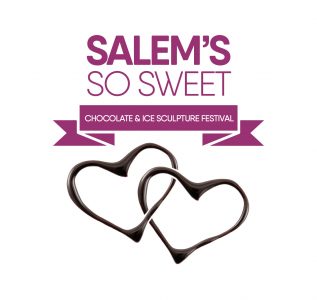 Over the weekend downtown Salem businesses and restaurants are offering deals and some even have chocolate samples for tasting. But what I'm in it for is the ice sculptures. Here's the downtown map showing all 22 ice sculptures that are around town. 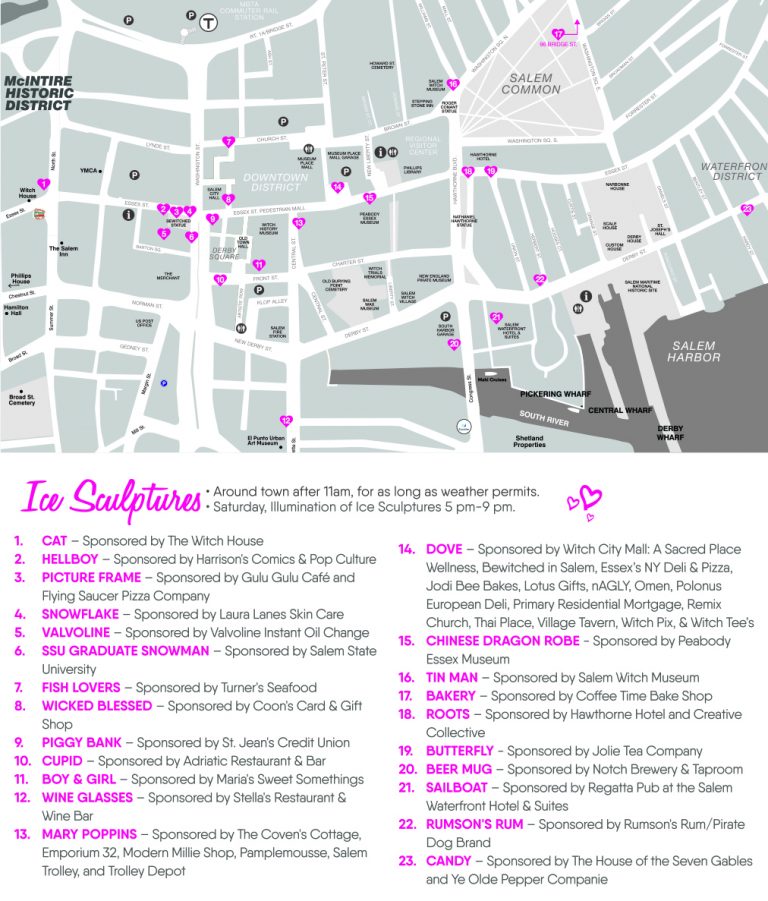 As I mentioned, it was a bit brisk so I didn't see every single one. If you want to see some professional shots, including when they light the sculptures at night, head over to this Facebook album. 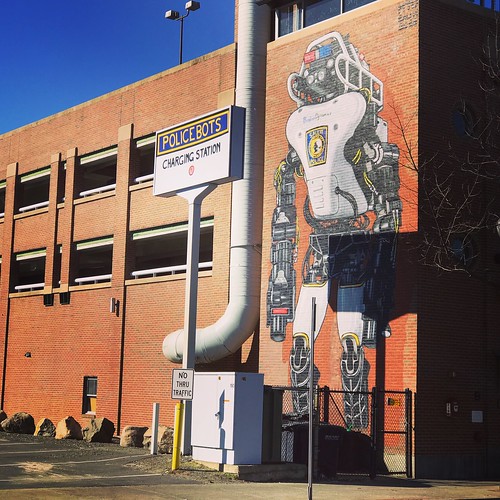 I spotted this on the side of a parking garage while walking from our parking spot. I think there's been a rare occasion where I've seen Salem PD on a Segway so I"m presuming that's what this is for. 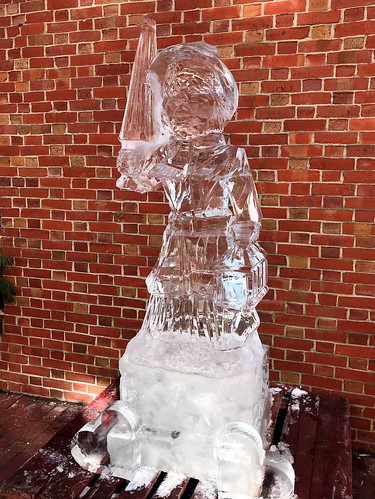 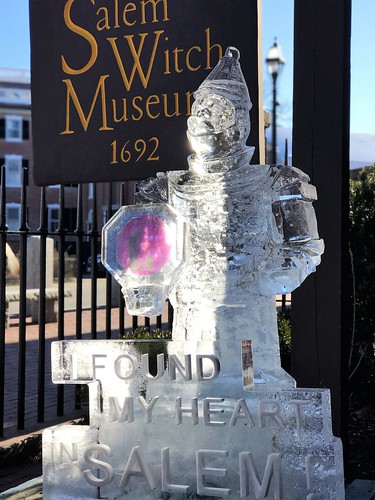 A pair of well known literary characters made an appearance this year: Mary Poppins and the Tin Man. At one point, the Tin Man was holding a heart watch prop and there was a ruby slipper on next to him. 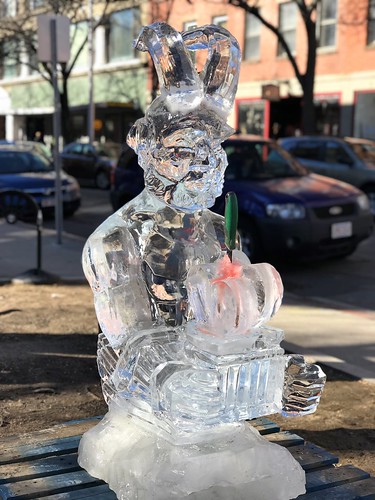 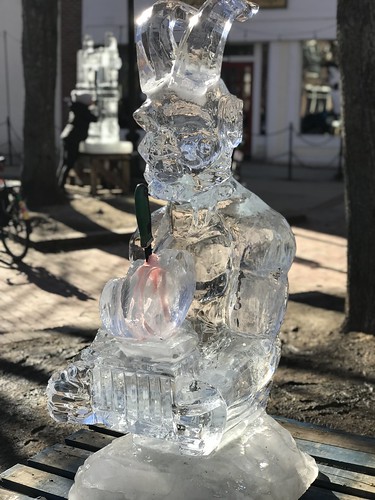 This one, sponsored by the local comic shop, was called Hellboy. I kind of see it, but I always think of Hellboy with the shaved down horns. It looks like he's holding a box with a heart on it that has a knife stuck into it. Happy Valentine's Day? Mrs Dex said maybe he's just a Hell boy and not the Hellboy. 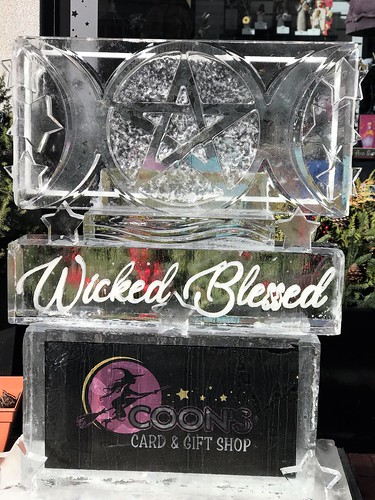 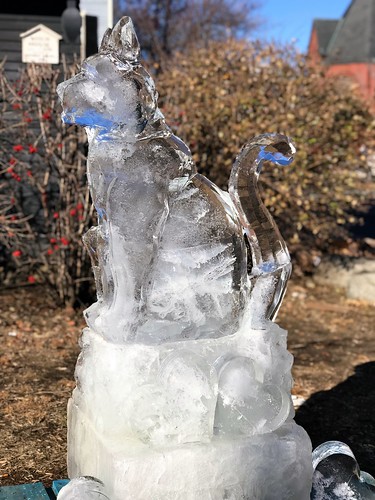 The cat is in front of the Witch House, the only standing structure in Salem with direct ties to the Witch Trials. It's also just a few doors down from the Ropes Mansion which was used for exterior shots of Julia's house in Hocus Pocus. I know it's made of ice, but I'm saying it's a black cat based on its location. 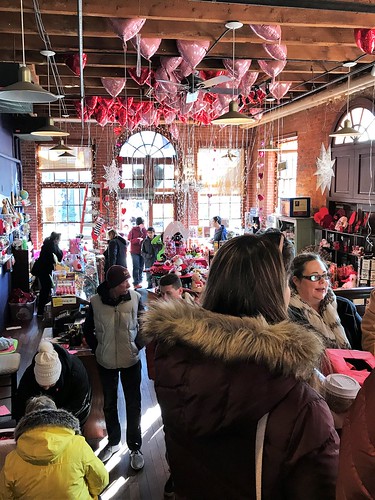 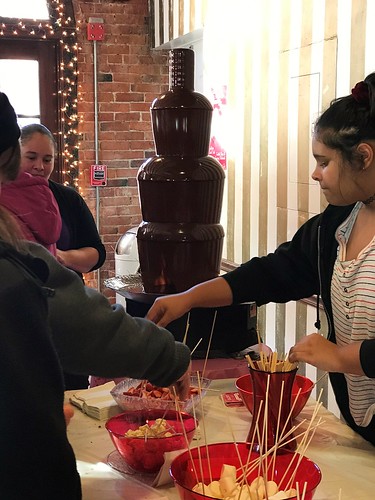 Maria's Sweet Somethings is the one place we always be sure to visit no matter how cold it is. They sell all sorts of gifts, candy, chocolate, and ice cream. But the real draw is the chocolate fountain they setup for the event. You can dip a marshmallow, pretzel, pineapple, strawberry, Oreo, and probably a couple other things I'm forgetting. De-li-cous! 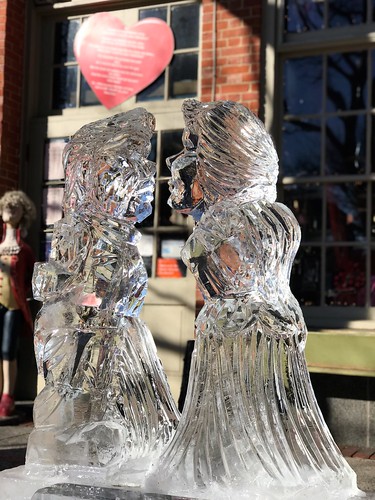 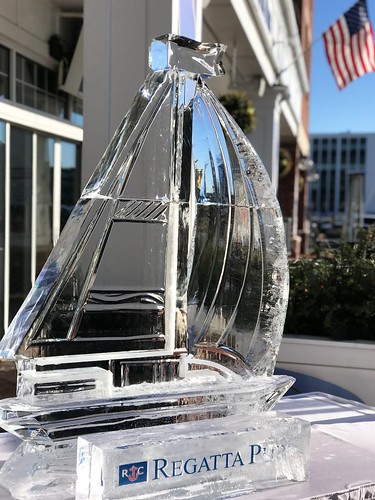 The kissing couple is right outside Maria's. The sailboat is located at the Salem Waterfront Hotel. Seeing a sailboat and the word regatta together always makes me think of One Crazy Summer. Something we're definitely not very close to in February. 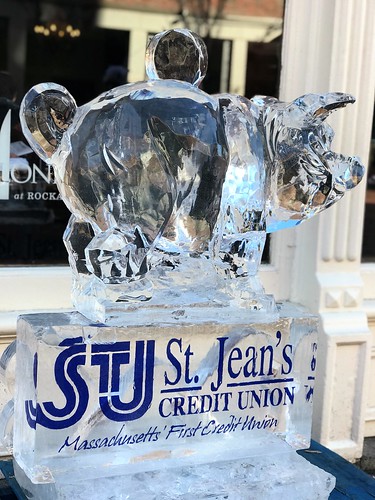 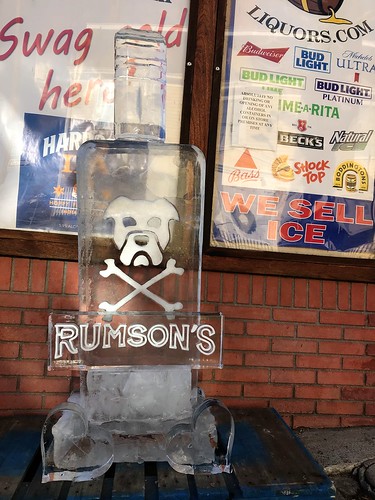 Not surprisingly, the bottle was outside a liquor store. But not just any liquor store! It's Salem's famous (or infamous) Bunghole. That's right, it's Bunghole Liquors! There's actually an interesting story about the history of the location and an explanation of what a bunghole really is. Here's a better shot of the store front which is probably one of the most photographed places in Salem.

And on that note, I'll conclude my photo journey around Salem's So Sweet.
Posted by Dex