A movie recap at the end of the current month means the first of the month either kicks off Creepmas or the Countdown to Halloween! Be sure to visit every day in October for Halloween goodness.

Yes, I put up the Halloween decorations in September.
What kind of animal waits until October?

Not much this month. Still catching up on Voltron Season 7.

Season 2 of Reboot: The Guardian Code just premiered and I'm going to force myself to watch it in the hopes that it improves over the first season.

On with the movies!


Killer Legends (2014, Netflix/Prime)
Great documentary that looks at the origins of urban legends including  the hook-handed man, babysitter murders, and Halloween candy poisoning. It's got that "a little too real" spookiness going for it.


Bad Moms (2016)
The main story was pretty average but this is a comedy so I'm only asking to laugh and be entertained. It definitely had its funny parts and I thought the leads played off each other well.


Terrifier (2017, Netflix)
What this 80s style slasher lacks in plot or acting it way makes up for it in violence, blood and gore. Art the Clown returns from the All Hallow's Eve anthology to go on a killing spree and that about sums up the movie. If you're looking for a bloody good time, look no further.

The Predator (2018)
There were re-shoots for the final act and it shows. It feels like they got up to the finale and then had a 10 year old finish the script. A lot of things in this movie seem to happen because they have to and not for any other logical reasons. The humans have a uncanny understanding of what's driving the Predators because they have to explain it to the audience, otherwise we'd never figure it out. The supporting cast is a lot more fun than the main character.

The Bigger They Are: I had fun watching it but the more I think about the plot after the fact, it's a (really) dumb action movie.


Ms .45 (1981, Amazon)
The rape/revenge genre is something I dip into once in awhile. These are usually grindhouse fare where the woman is abused and then takes it upon herself to kick some ass. As she gets revenge and takes out scumbags she seems to go from vigilante to straight up killer. Once she hits that point, it's hard for me to be on her side.

Power of Grayskull: The Definitive History of He-Man and the MOTU (2017, Netflix)
I never got into MOTU in the 80s. Sure, I watched the cartoon but I think Skeletor was the only figure I owned. Having said that, this was still a good watch covering the history of the toys and various TV shows. I really enjoy this type of behind the scenes history.


Phobia 2 (aka Five Crossroads, 2009, Netflix)
Not sure "why" they use so many quotation "marks" in the "trailer" but don't let that deter you. This anthology is pretty solid start to finish. Plus, it's always refreshing to switch things up and go abroad with horror. The final short is by far my favorite because of the comedy in it. It starts around 1:30:30 and you should check it out.

Me (Aug 31): August is too early for Halloween stuff to be on sale.
Me: (Sept 1): Why is there no Halloween merch in stores yet?!? 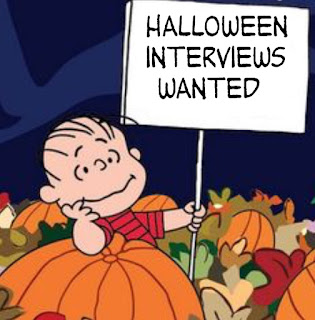 Every October I join in with a group of bloggers and we do the Countdown to Halloween where we post about all things spooky every day of the month. For the past few years, I've been doing email interviews with people to share their experiences and thoughts on Halloween and posting them.

If you haven't done one yet and would like to, email dex1138 (at) Gmail.com with the subject Halloween Interview and I'll send you the questions.

If you want to see what you're in for first, click here.

As you might imagine, 31 blog posts don't just happen over night. The next few weeks leading up to October may be a bit quiet around here as I'll be using my normal weekend blogging time to get things in gear for October.
Posted by Dex 2 comments:

Let it be known that I am now in full on Halloween mode!

On the streaming front this month:
There's quite a pile of mediocrity in this month's line up I'm sad to say but thankfully it starts off really strong.

A Quiet Place (2018)
I was expecting more from the hype around the movie but having said that, it was really great! It did make me flash back to M Night in a few places (Signs, The Village). I applaud them making you have to pay attention to get some of the back story but I still have a few questions about the world/scenario. Absolutely love the creature design.

Now Hear This: I really feel this is a gem. I actually cared about the characters, there's smart writing, and some edge of your seats moments.


Jeepers Creepers (2001)*
Having decided to finally watch the series, I had to go back to the start because I hadn't seen it since release. I remembered thinking it was a decent horror flick and not liking the somewhat jokey ending. Felt pretty much the same on this rewatch, only slightly less of a bad reaction to the end since I knew it was coming.


Jeepers Creepers 2 (2003)
I feel like at least 90% of the movie takes place around or in a school bus. Maybe a better director could make that engaging but I think if they just walked off the bus one by one to get killed it would have been more exciting. Speaking of kills, it needs more gore! The best thing about this one is that Ray Wise is in it, just a shame he wasn't in it more.


Jeepers Creepers 3 (2017, Netflix)
Here we are, three movies in and we learn practically nothing new about the Creeper. Not only that, but his previous MO had been to kill for body parts and in this one he seems to just be killing anyone he crosses paths with. Strike Three (SPOLIER ALERT): they shoe horn this one between the couple days that pass between the first two creating some continuity problems. Despite the higher body count, again, not enough gore for what this should be. There are a few really well shot scenes but that alone can't save this.

Three strikes: I'm out! After watching these in close succession, I found they aren't for me. I've developed a dislike for the Creeper as they can't seem to decide if he's Leatherface or some winged monster. He could be both but they never get the mix down right.


CHiPS (2017)
Ah, another nostalgia cash-in attempt. I don't mind these when they're good, this one was kind of funny...sort of? If you're going to use the name to get an audience you have to do more than just use the TV characters' names. If you like the trailer, you'll probably like the movie. I mean, I didn't suffer through it but I guess if they just called it Motorcycle Buddy Cops, it would have done even worse at the box office.

The Last Sharknado: It's About Time (2018, SyFy)
Boy did they nail that title! Two would have been fine. Three? Time to wrap it up. But like the Fast & the Furious, I'm riding this series out until it dies a horrible death. Look, I'm not expecting high cinema here but it's missing any sort of fun. If you told me they based this on watching a kid play action figures I would totally believe it. If you've come this far, you may as well watch it but don't say I didn't warn you.

The Strangers (2008, Netflix)
This was pretty middle of the road for me. Home invasion is a tricky genre to keep me interested. I was never really bored but there were times I wanted things to move along. My biggest gripe is that the Strangers seem to have supernatural stealth and movement powers allowing them to do things like tap someone on the shoulder only to vanish when the person turns around.