The Garbage Pail Kids from Topps are back again and this time they're taking on the decade that made them, the 80s! I loved Wacky Packages as a kid and got into the first round of GPK as is evidenced by the inside of my high school notebook. 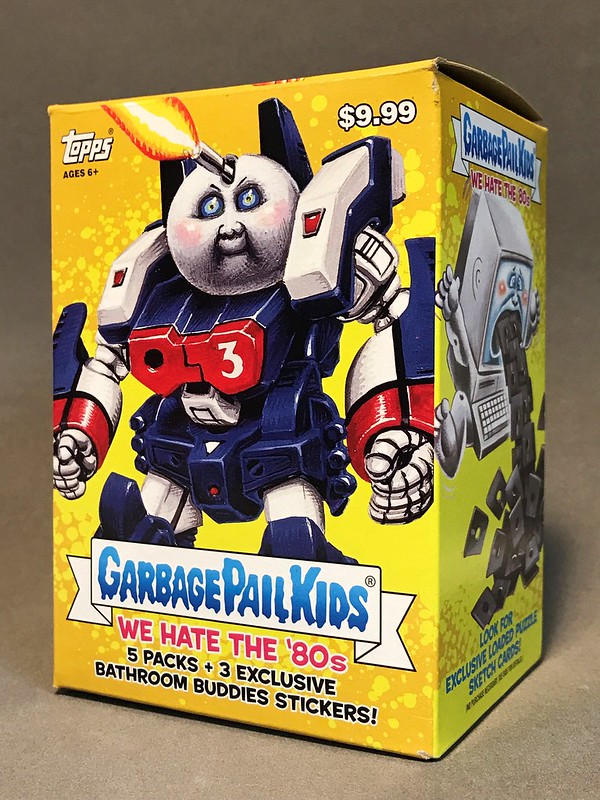 The base series is 180 cards made up of 90 different characters, each with two different names. There are 10 subsets tackling all aspects of the 80s. If you want to spoil yourself, you can grab the checklist from Topps. Granted it's only card names with no pictures but you can probably figure most of them out. 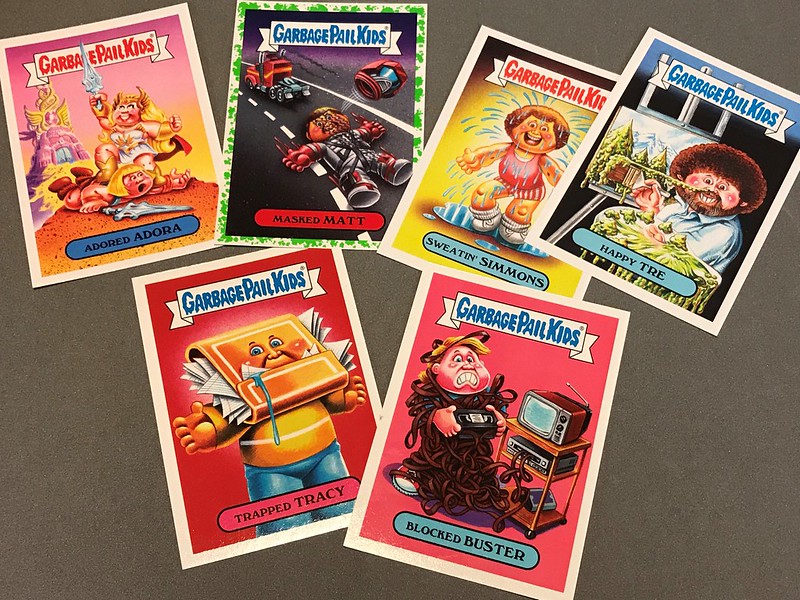 Here we have cartoons, celebrities, and culture. The Masked Matt card has a mucus green border because it's a parallel or variant. You get one in each pack. There are also fool's gold variants that are 1:48 packs. These are individually numbered as there are only 50 gold variants for each card. 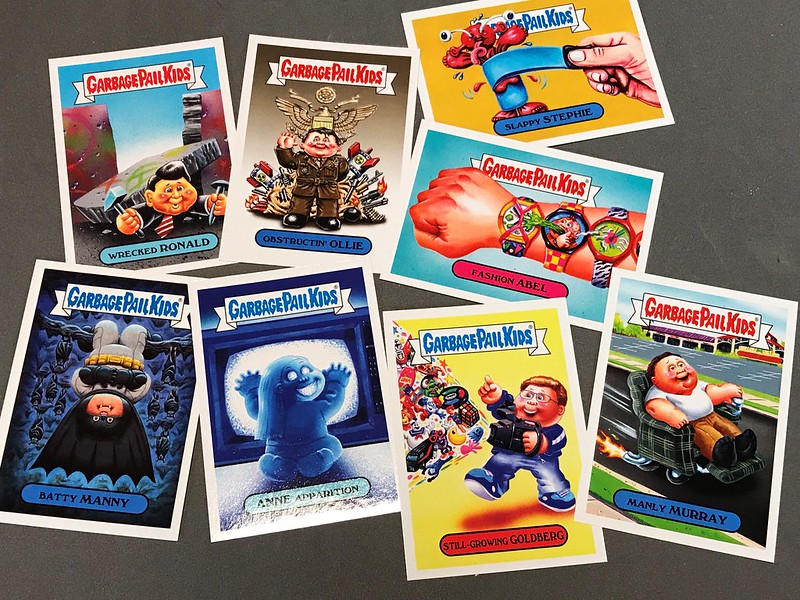 Then we have history, fashions & fads, movies, and sitcom. The sitcom cards all feature characters from The Goldbergs TV show. There are randomly inserted autograph cards (1:1926 packs!) signed by the one of the show's cast. 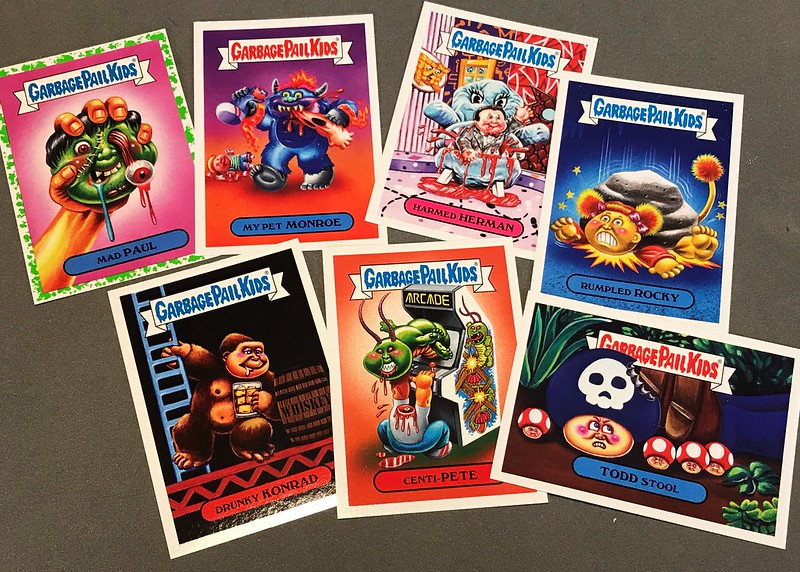 Rounding out the base set are toys, TV shows & ads, and video games.

The cards are available at retail big box stores like Target and come in single packs ($2) or a box of 5 packs ($10) which has 3 Bathroom Buddies stickers in each box. You can also go the hobby box route which will run you between $45-$50. Hobby boxes are always more expensive but that's because they have even more stuff in them than the retail packs. 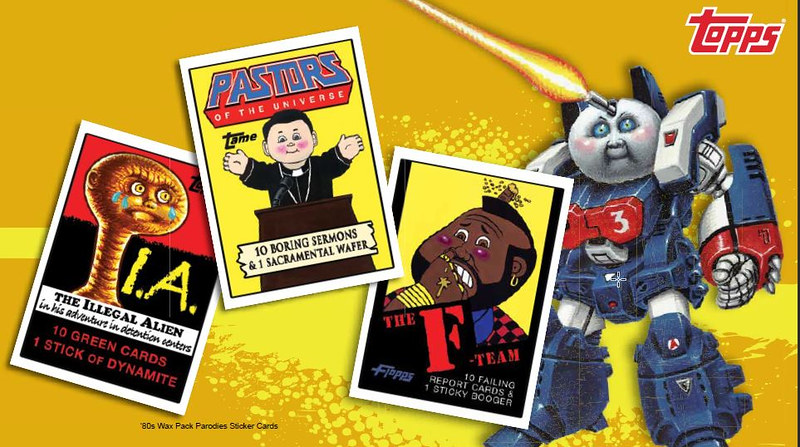 I'm a little tempted to grab a hobby box just to try and get some of these wax pack cards! If you're an 80s kid or just love 80s culture, I cannot recommend this set highly enough. Much like watching VH1's I Love the 80s, it'll have you strolling down memory lane and maybe remind you of a few things you totally forgot about.

While researching these, I found out Topps has a Wacky Packages Go to the Movies set
coming out in March!