Back in September, I got to realize an almost life long dream of being in Star Wars, on my birthday no less! Okay, I wasn't technically in a movie but I think Disney's Galaxy's Edge is the closest most of us will ever get to experiencing the galaxy far, far away.
So, we were supposed to go last year, and we all remember 2020, right? Well, it got to a point where if we didn't go we were going to lose some of the money that had been put down already. Believe me, I was a little trepidatious but you know what? It all worked out. Despite it being DisneyWorld it was easy to stay distanced outside and being indoors or in a line required masking up.
The night before my birthday, we were able to snag a reservation at Black Spire Outpost's popular watering hole, Oga's Cantina. 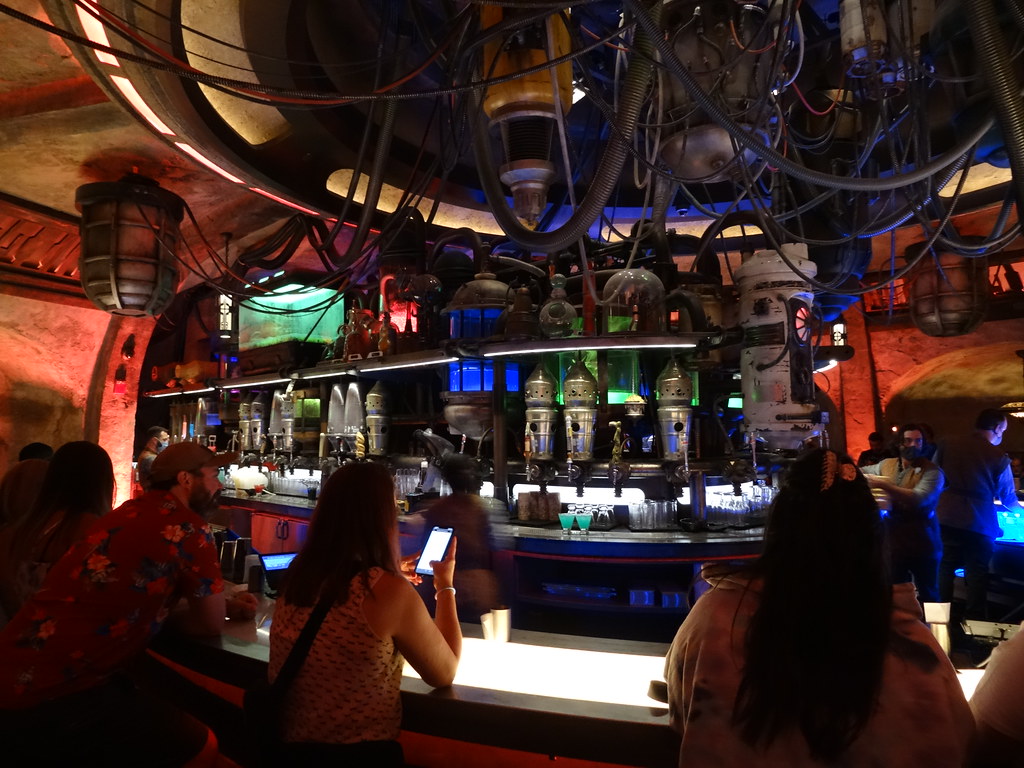 The whole Galaxy's Edge experience is just mind blowingly awesome! The attention to detail everywhere puts you in Star Wars. The first thing you see upon entering (that I didn't take a photo of!) is a droid detector, just like the one inside the Mos Eisley Cantina. I hadn't made my droid yet (more on that later!) so I'm not sure what happens if you bring one inside. 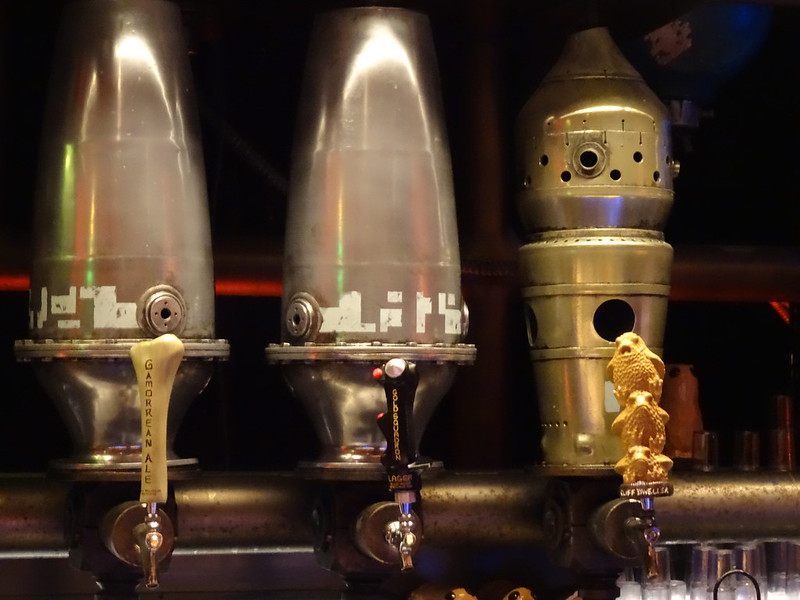 Check out these beverage taps! The Gamorean Ale is a bone, in the middle is a flight stick for Gold Squadron Lager, and you have a stack of Porgs for the Cliff Dweller. I'm not a drinker but I did try one of the non-alcoholic drinks, the Carbon Freeze. This isn't my video but this is what the drink looks like. It's pretty cool! 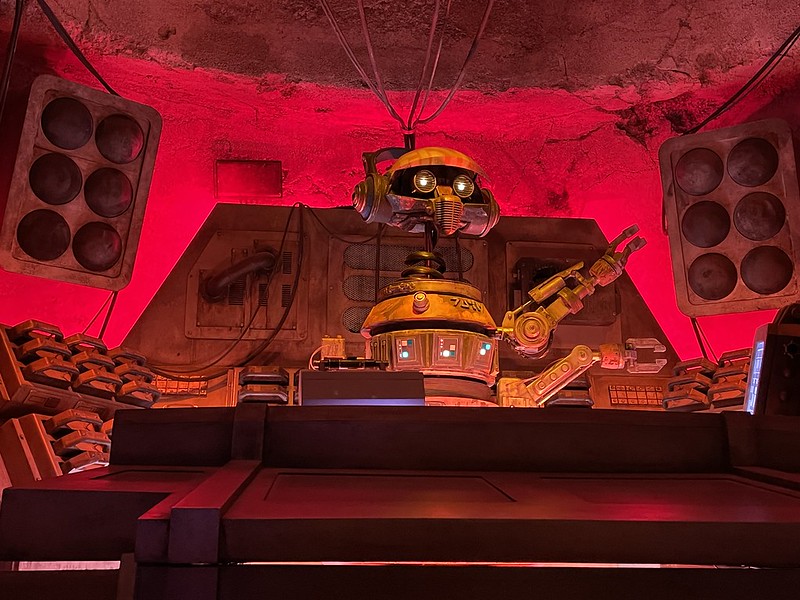 A cantina is always a place to run into old acquaintances and Oga's is no exception. You'll find retired Star Tours pilot droid R3X spinning tunes.
And you never know who might be hanging around outside in the vehicle bay, trying to fix a landspeeder. 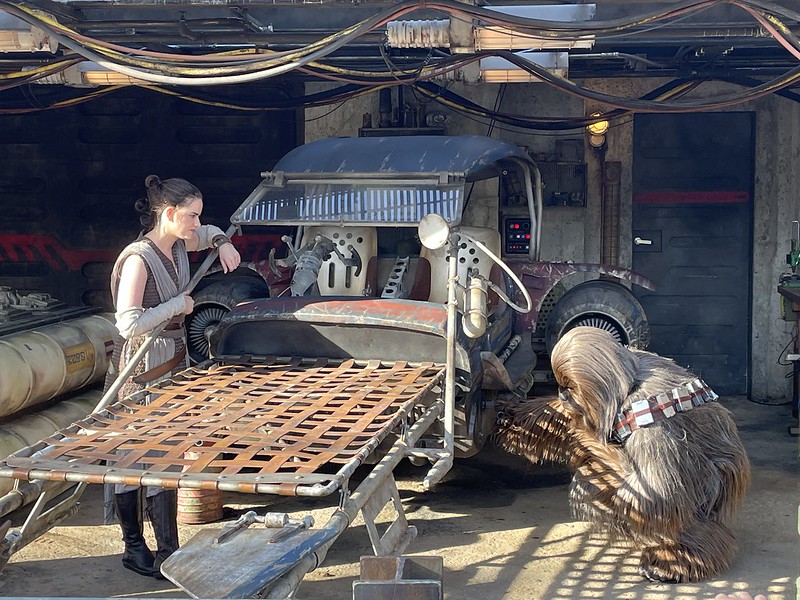 Of course, right now, you can't get up close and friendly with the characters but you can still interact with them from a short distance. I didn't talk at length to any of the residents of Black Spire Outpost (Cast Members) but supposedly they all have back stories or can tell you details about the area. 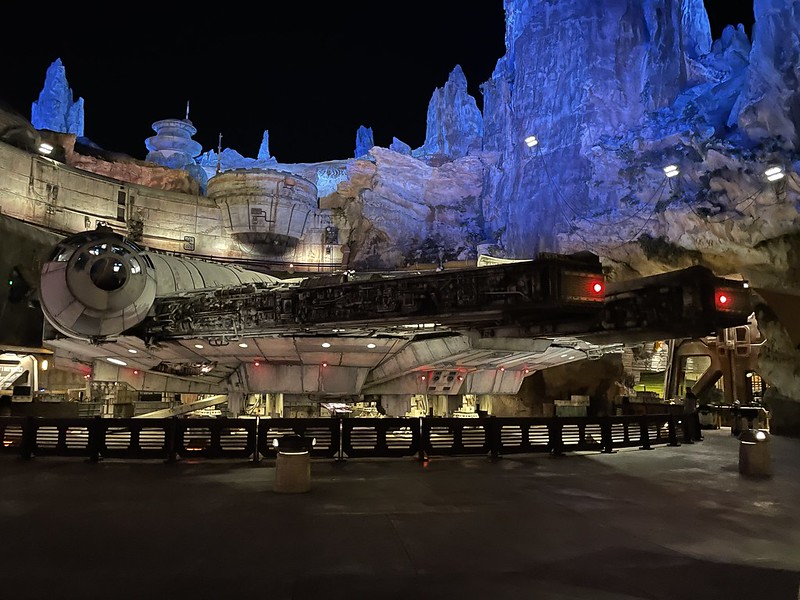 I really don't have the words to describe seeing the Falcon in person. Being able to walk around (most of) it and just checking out all the detail is something else.
Unfortunately, you don't get to board by going up the ramp but I didn't really care once I got inside. How can you not hear Han saying "Chewie, we're home." 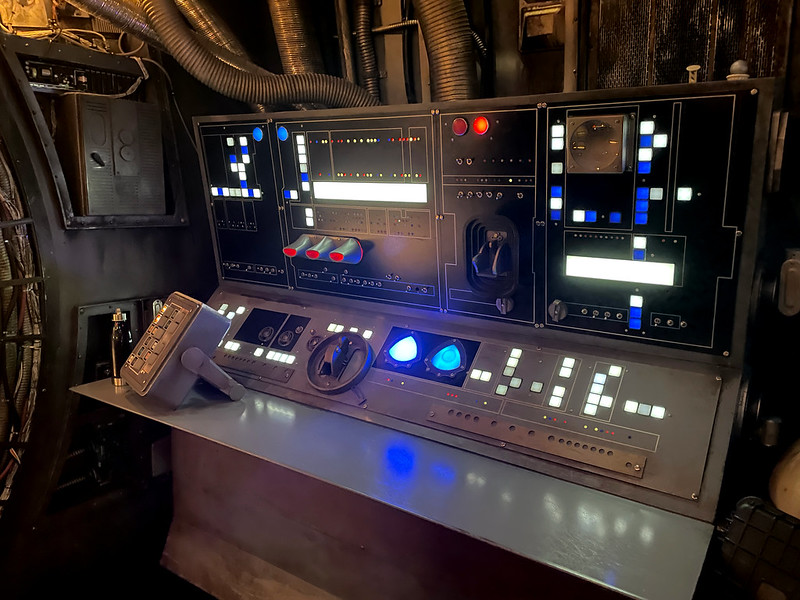 As if being able to see the ship in person wasn't amazing enough, the interior... 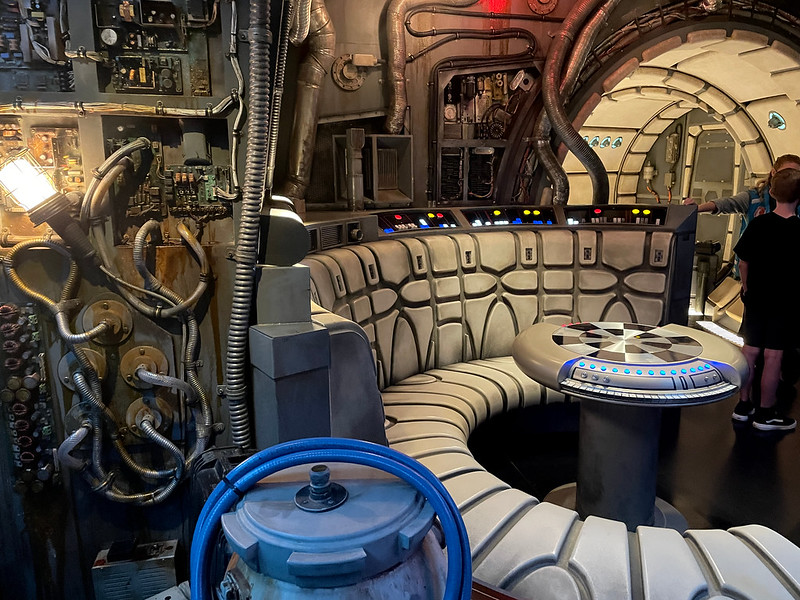 Back in the Before Time (pre-Covid) I know they would allow people to sit at the Dejarik/holochess table and take photos but I'm guessing that's on hold for now. But there it is! I really wanted to get a pic in the cockpit but you're hustled in and our so quick there isn't really time unless you do it during the ride but at that point, there's a lot going on!
I was able to ride twice on my visit and let me give you a couple of ProTips:
The right pilot gets to make the lightspeed jumps.
Good pilots can make a big difference in motion sickness :D 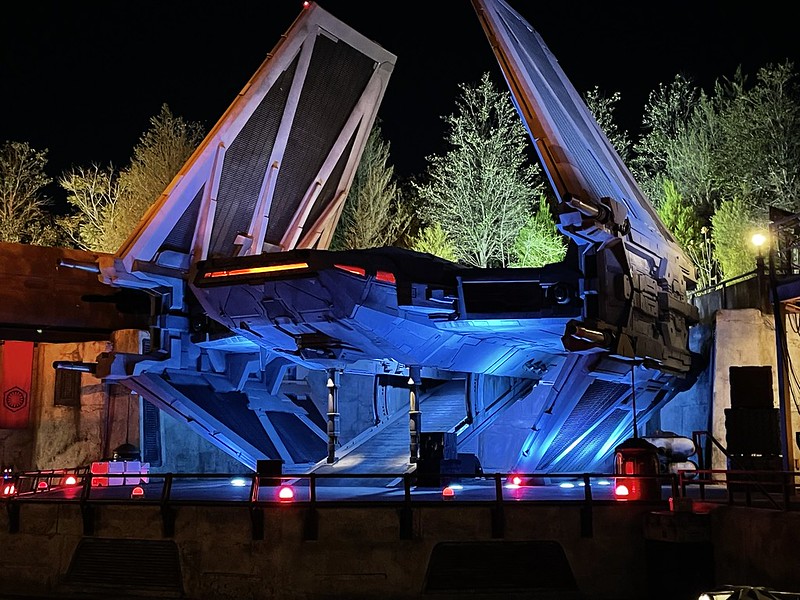 While we're talking ships, here's Kylo Ren's TIE Echelon. If you're hanging around at the right time, you may just see Ren and/or a couple stormtroopers exit the ship.

This is a good place to mention the lighting. The Outpost is like two different places if you visit day or night. If you get to go, I suggest your first visit start during the day to really see everything then appreciate the fantastic lighting after dark. 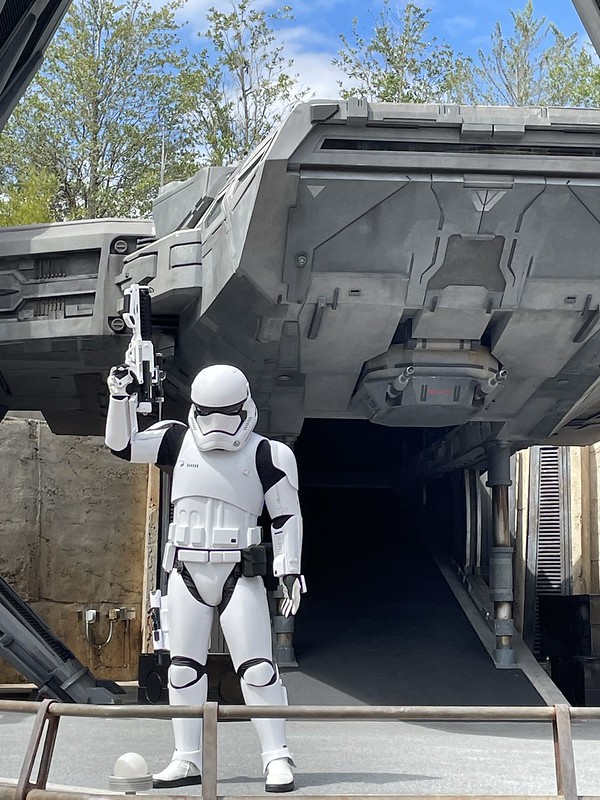 Move along!
Tune in next week for part two of my visit to Galaxy's Edge! I have way more pictures than I could ever blog so if you'd like to see them, head over to my Flickr album. There are a few pics in there with minor spoilers for Rise of the Resistance so if you haven't been and want to be as spoiler free as possible, you may not want to see them.
Dex
Share